A cop vs a superhuman criminal

I read the story over ten years ago while I was still trying to learn English, so I can only vaguely remember that the story is about a cop trying to track down a criminal who had superhuman abilities. Some of his abilities were pyrokinesis, using his mind to form a golem from earth and roam around while he stays in the room and stopping time. Eventually the cop was able to catch the criminal and shot him dead.

If anyone could identify the book I would be very grateful. I'd love to read it for nostalgic purposes.

Could this be Dragon Tears? 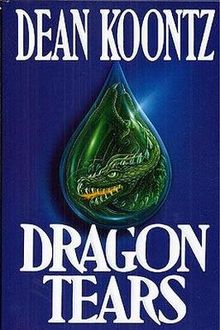 The author is Dean Koontz. It was published in 1993, so well over ten years ago.

The protagonists are police officers. The book features a supernatural criminal with quite a variety of powers.

He can form a golem from earth:

In Jewish folklore there was a creature called a golem. Made of mud in the shape of a man, endowed with a form of life, it was most often an instrument of vengeance. Bryan could create an infinite variety of golems and through them stalk his prey, thin the herd, police the world. But he could not enter the bodies of real people and control their minds, which he would very much have enjoyed. Perhaps that power would be his, as well, when at last he had Become.

He can stop time:

Harry checked his own watch, which had a digital readout. It also showed 1:29, and the tiny blinking dot that took the place of a second hand was burning steadily, no longer counting off each sixtieth of a minute.

"Time has . . ." Connie was unable to finish the sentence. She surveyed the silent street in amazement, swallowed hard, and finally found her voice: "Time has stopped . . . just stopped. Is that it?"

"Stopped for the rest of the world but not for us?"

He has the power of pyrokinesis:

He had used the power of pyrokinesis to set the bodies afire, searing them with flames so intense that even bones were vaporized. He always disposed of those on whom he practiced because he didn't want ordinary people to know that he walked among them, at least not until his power had been perfected and his vulnerability was nil.

In the end, the protagonist manages to shoot him:

Ticktock was lying on his stomach, directly in front of the stairs, facing out toward the kitchen, and Harry leaped off the last step, landed hard on red silk stretched taut across the kid's back, jammed the muzzle hard against the base of the kid's skull, saw the gun-metal suddenly glow green and felt the start of what might have been a swift and terrible heat in his hand, but pulled the trigger.

5
Please help me find the author/title of this book