Why did these bullets hurt Wonder Woman?

I was reading this Is new-52 Wonder Woman bullet proof? The question was:

The answer by Thaddeus Howze is brilliant and perfect.

As it's been a while since I last read the new 52 Wonder Woman, but from what I could recall is this: 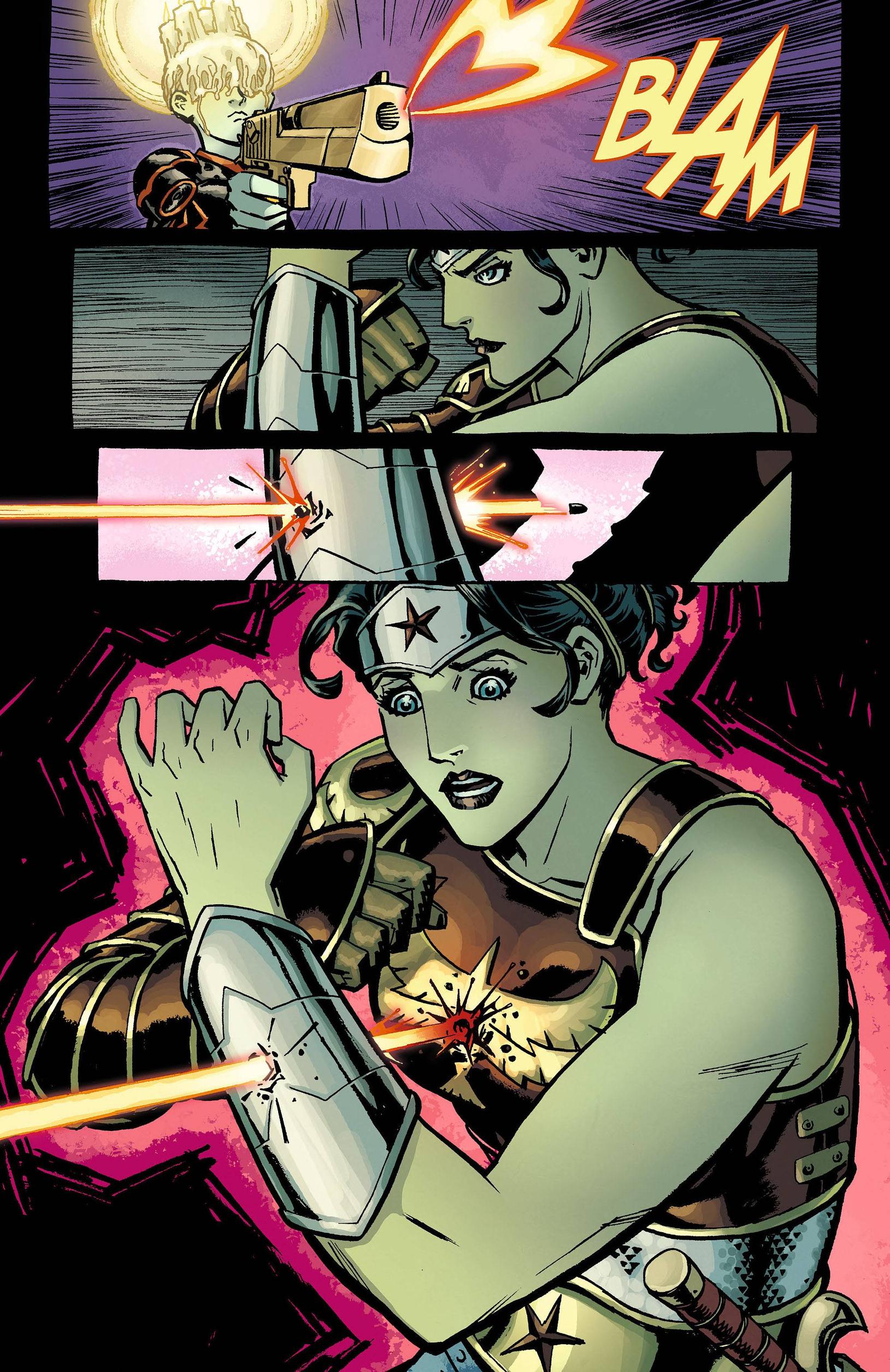 Wonder Woman, new 52 issue#8 The pistols belong to Eros and were used by Hades to attack Wonder Woman because he wanted her to stay with him.

Why were the bullets from the pistols of Eros able to penetrate through bracelets of Wonder Woman(and armour) and hurt her?

I calmed my curiosity by thinking that since Eros is son of Hephaestus, so he could have made him weapon powerful enough to pierce anything!!

What you are seeing is being taken out of context. That's not strictly a gun and those are not bullets. Nor is she being "hurt". 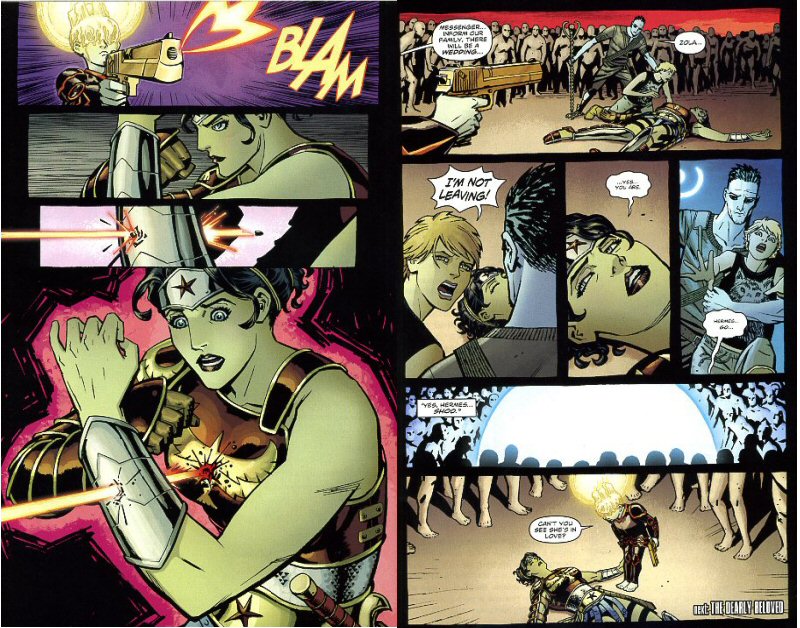 Eros and his Pistols of Love (Get your minds out of the gutter.)