Why didn't the Doctor free the Time Lords after winning at Trenzalore?

trapped in an alternate dimension, after the events of The Day of the Doctor

are sending out a signal throughout time and space, which only the Doctor can answer. If he provides them the answer, they will know it is safe to

All of the Doctor's enemies have gathered at Trenzalore to prevent the Doctor from answering the question. The Doctor himself also refuses to answer the question, because doing so would bring the Time Lords back right smack in the middle of the collection of the Doctor's enemies, and thus the Last Great Time War would begin again. But at the same time, he refuses to just leave, as doing so would open the town of Christmas up to attack from those enemies seeking to ensure the question is never answered.

So there is a stalemate. The enemies won't leave, because there's a chance the Doctor will answer the question. The Doctor won't leave because his enemies will attack the town.

At the end of the episode, however,

the Timelords grant the Doctor a new regeneration cycle and he uses that extra energy to obliterate the masses of enemies gathered at Trenzalore.

From there, the stalemate appears to be over. The Doctor does not seem to have a reason to remain silent. He could answer the question and bring the Time Lords back. But he doesn't. And yet several episodes of the following season involve the Doctor attempting to "find" the Time Lords. Why? He already knows where they are and how to get to them. Just go back to Trenzalore and answer the question, and they'll come through. Did something happen in that climatic end of the stalemate that rendered the whole thing pointless, removing the ability for the Time Lords to return after all?

CLARA: I thought you said Gallifrey was frozen in another dimension?

DOCTOR: Well, they must have unfrozen it and come back.

DOCTOR: I didn't ask. It would make them feel clever.

We know that the Time Lords, at some point, managed to remove Gallifrey from its location in an alternate dimension and move it to the end of the universe. That Missy gave Doctor (false) coordinates for the location of Gallifrey all the way back in "Death in Heaven" suggests that they had already moved at that point. Frankly, I suspect they cleared out the moment the Doctor was gone, so that there would be no safe point in time for him to come back to and find them. The point is, Gallfirey wasn't there at any time he could go back to.

After the Time Lords sent the regeneration energy to the Doctor in "The Time of the Doctor," the crack closed. 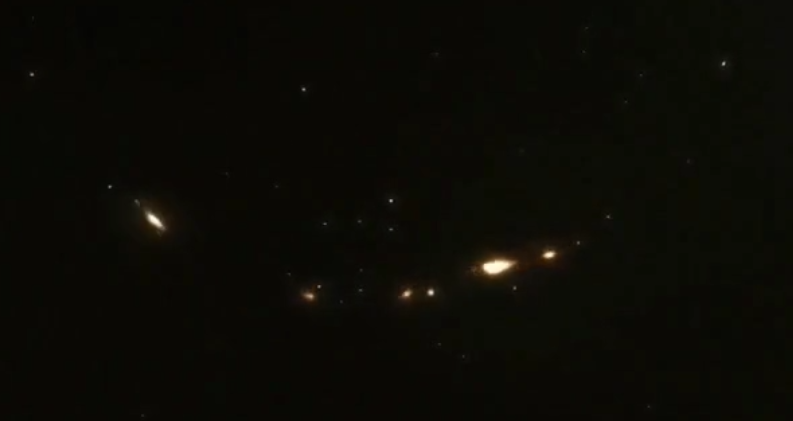 As such, even if the Time Lords hadn't left, the Doctor wouldn't have had any way into the alternate universe.

It's possible that the act of sending the regeneration energy through the Crack to help the Doctor destabilized it, and it was no longer usable as a means to pull Gallifrey through.

Even if the Crack was still viable, it's still a tear in the universe. Who knows what the ramifications would be if you were to try and pull something the size of a planet through that hole. Could you repair it afterward? Could you seal it? What else might follow Gallifrey through? Too many questions that the Doctor couldn't answer. Too many variables to take the chance.

As the Eleventh Doctor said, this was Gallifrey at the end of the War, not the Timelords of old, and not the ones we see in Hell Bent. These are the Timelords as we see them in The End of Time. They are not gentle, they are not pacifists, and they are not to be unleashed upon the universe. The Doctor wants Gallifrey back in the sky, but not that Gallifrey. He wants to find another way, or possibly to locate it and be sure they're ready before leading them back. Either way, he wants it to be on his terms, not theirs.

The Doctor was terrified of what Rassilon had turned to to defeat the Daleks. It sounds like Rassilon committed some atrocities. Consider this scene from The End of Time, where Rassilon has used Master to pull Gallifrey to Earth (and out of the time lock)

The series jumped over an important question in having Gallifrey freed from the time lock: what became of Rassilon? I mean, the mysterious woman from End of Time went through a lot of trouble to see that he didn't escape and now he's just blithely released to do... who knows what. I have a hunch when we find out, it's not going to be pretty.

4
Why didn't the Time Lords come through and all escape from Trenzalore?

17
Why didn't River know what would happen to The Doctor at Lake Silencio?
18
Why do some Time Lords choose to have a title, and why does everyone else go along with the title they choose?
6
How was the Doctor able to not answer the first question?
2
Why were the enemies attacking in "The Time of the Doctor"?
32
How did the Timelords give the Doctor New Regenerations without messing up the Universe?
4
Why didn't Time Lords return in the end of The Time of The Doctor?
7
Why doesn't the Doctor go back to Gallifrey before the Time War?
6
In Doctor Who, why do the Silence want to prevent the Doctor coming to Trenzalore?
7
Why imprison the Doctor?