For many years I've been trying to ID a mid-80's cult sci-film that I saw as a kid on TV in the UK. It must have been aired around the late 80's.

My recollection is sketchy but it had a Mad-Max setting, (dusty/rocky landscape) and featured a man with a armoured car. His pal, a black guy, had a larger rig that he drove around in. They both wore light body armour.

The scene I remember was when he tried to escape from a horde of pale, bloated, obese men/creatures who jumped through large tubes and ended up in a small underground bunker.
Yep, sounds weird and it is.

This is Spacehunter: Adventures in the Forbidden Zone

It's very Mad Maxy, with post-apocalypse-standard vehicles etc. All the other points you mention match. 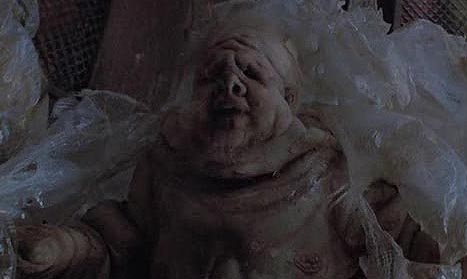 9
Identify the sci-fi movie based on Max Steel character
5
Movie With Half Sized Creature From Black Lagoon Surrounded By Suited Men With Rods
15
Movie identification: Movie with alien type insects fighting on desert type planet against marines
4
Mid-70s Scifi/action film with Mad Max-like characters shooting at flying robot/drones
29
Old scifi movie from the 50s or 60s with men in solid red uniforms who interrogate a spy from the past
14
Sci-fi movie featuring a fat man running sideways on a wall
7
80s Mad Max-esque space movie with really long name
5
Book with a "blob" monster from outer space
6
Sci fi horror movie where people hide in a gas station from a black type ooze creature
5
Mid-budget 1990s movie with a vampire / Dracula