How do ships control their aerodynamics in Star Wars?

How do flight-capable ships control their pitch, yaw and roll in atmospheric conditions and in space? Is there a difference whether the crafts are flight-capable in atmosphere only, space-only or both? What about size - does it differ between, for example, a small personal craft, a large capital ship & a massive battle station?

Also, I edited my original question to clarify the context & scope.

Ailerons, just like real planes. In space they use [technical jargon*]. 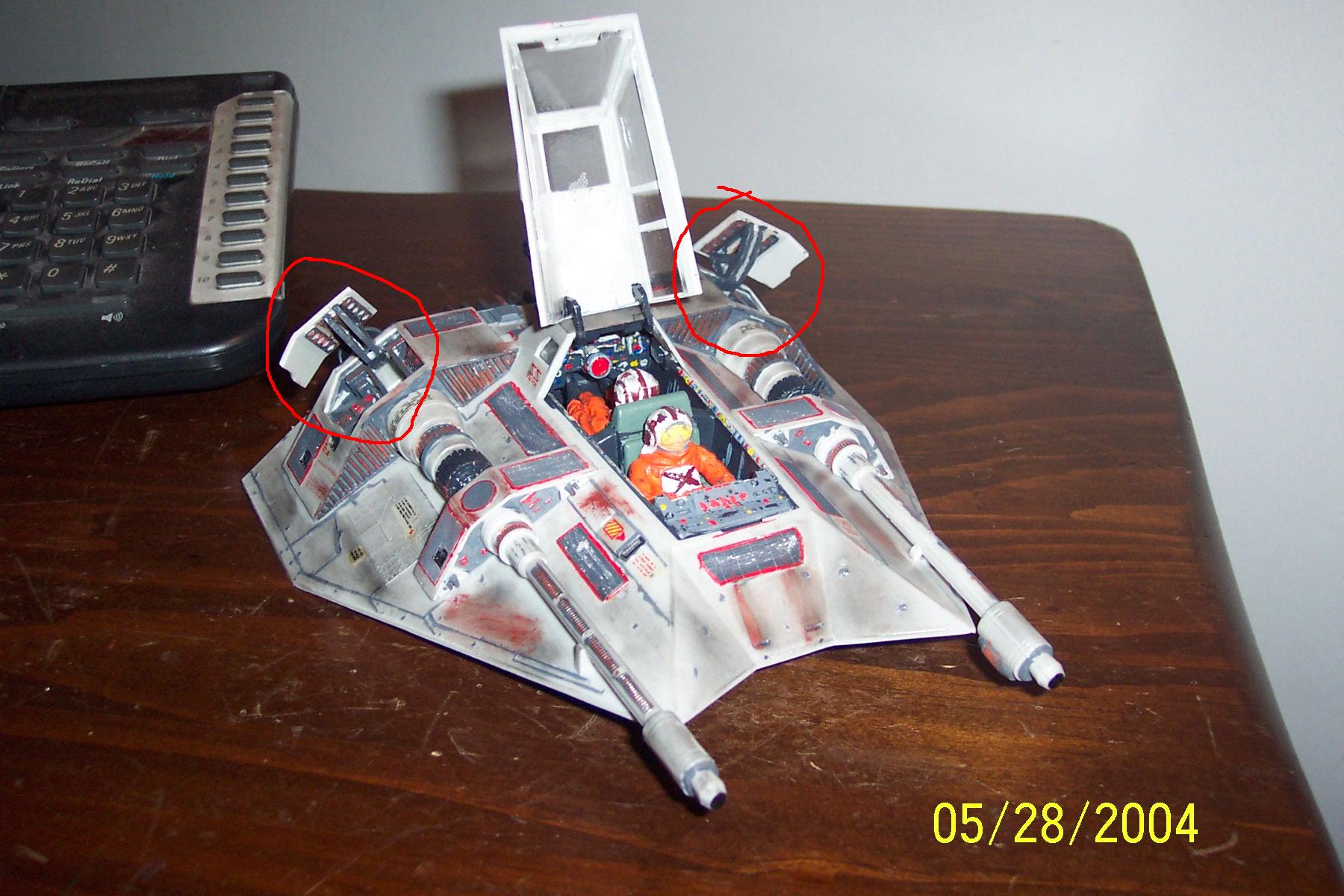 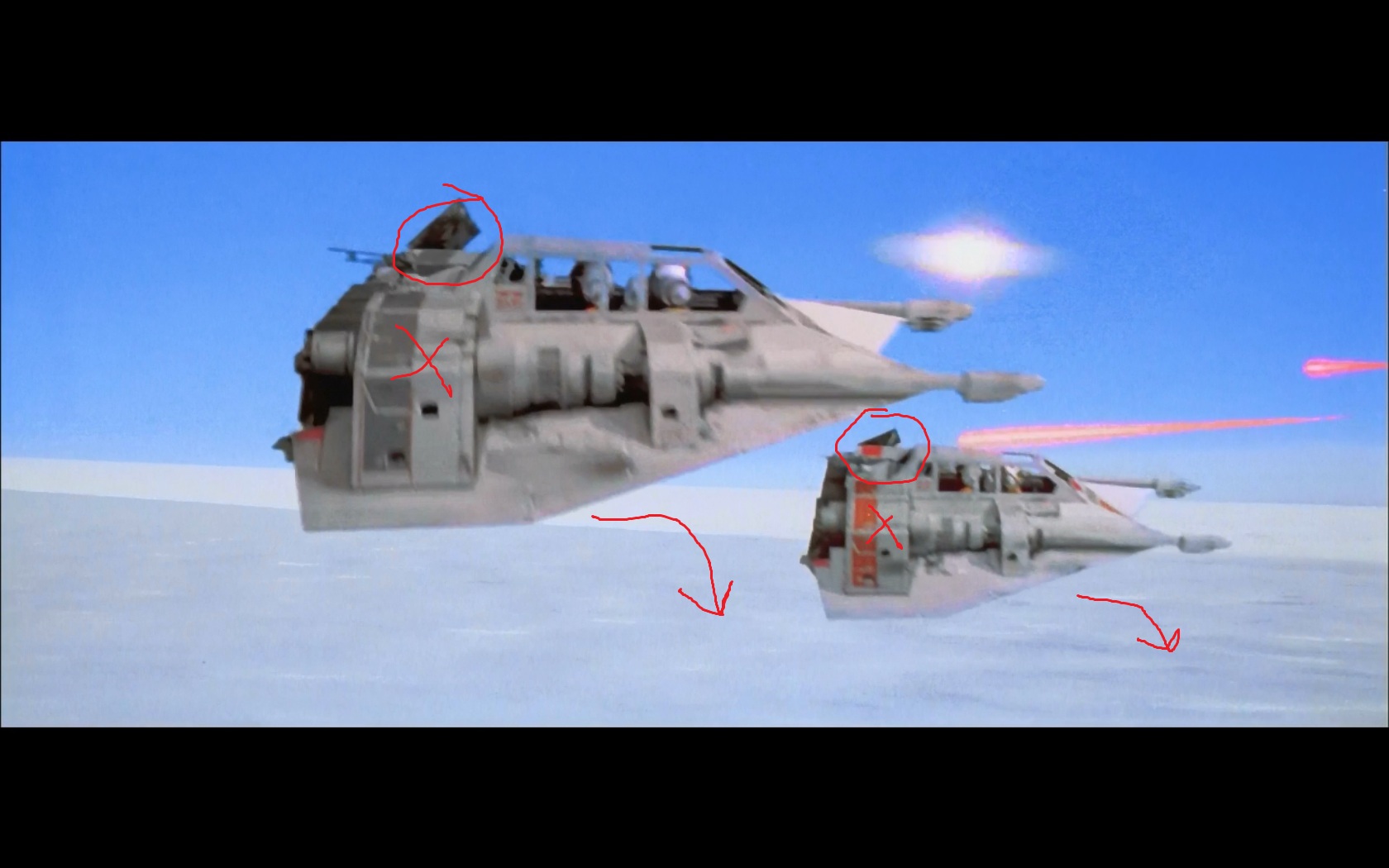 I don't think they had atmospheres in mind when they designed her:

*For what it's worth: (Wookieepedia links)

A repulsor coil was an integral component in the building of a repulsorlift engine. The repulsor coil was the component that produced the anti-gravitational field. The repulsor coil used a radioactive outburst to excite the electrons on the ground, disrupting the polarized magnetic thereby manipulating gravity. The effect of this gravity manipulation can be modified a great deal. Repulsor technology can therefore be utilized in everything from capital ships to door systems. –starwars.fandom.com

Atmospheric thrusters were an augmentation to the basic repulsorlift and ion drive that most starships used when flying in the atmosphere of a planet. They provided extra speed and performance and helped make the starship more competitive with a dedicated airspeeder. –starwars.fandom.com

As to the atmospheric reentry of capital vessels, we have this offering from Revenge of the Sith: "Open all hatches, extend all flaps and drive fins." courtesy of @ewanm89:

They have special repulsors on all sides of the ships which lift it and move it in any direction desired. The thrusters in the back are for moving foward in a fast speeds while the repulsors adjust the angle and direction. A ship in Star Wars could be capable of floating upsidedown and moving sideways if it wanted to. Using air and wind with wings and flaps are primitive things that require an atmosphere and thrust/constant movement. An airplane doesnt have the freedom to stop and move as it so wishes unless it has vtol capabilities and even then i couldnt just flip upsidedown, roll or fly into space. Real airplanes and rockets are so stupid and primitive, nothing like starships.

Some starfighters use etheric rudders to maneuver in space. It seems to be mainly handwavium, so there aren't many resources on this technology, but Wookieepedia does have an entry: etheric rudder (Legends). There is some info there about which ships use these rudders.

Just in case someone is still reading after all this time....

The answer is twofold. Non-shielded, atmospheric capable ships use any possible combination (design specific) of repulser-lifts, main thrusters, (vectored and/or) maneuvering thrusters. In other-words...they use brute force for flying.

Shielded ships are not only capable of vastly higher speeds in atmosphere, but also far exceed non-shielded ship maneuverability. As stated throughout the saga, shields themselves are adjustable for angle, strength, direction, and even shape.

A ship traveling at supersonic speeds in atmosphere, has angled and shaped its shields in such a way as to negate the simple design factor limitations of its physical shape. In short...a perfectly square cube ship equipped with sufficient shields and thrust could streak through atmosphere with no more resistance than an SR-71.

That isn't all they do in atmosphere either....

Any shape utilized would be what's called a "laminar flow". Picture it similar to a football in shape. Points on both ends with the circumference or mass of the ship filling out the larger center. With lift provided independently of shape, the actual shape of the shields can also be adjusted to behave as any given control surface.

Think of a modern B-2 stealth bomber. Flying wing.. no vertical stabilizers...yet still, it's aerodynamically stable, and still capable of pitch/yaw/roll.

Shields can abate exterior heat and friction. They can act as an infinitely adjustable control surface, and an air brake.

Not the answer you're looking for? Browse other questions tagged star-wars star-wars-legends spaceship physics engineering or ask your own question.

58
Why and how can you hear explosions in space in Star Wars?
35
What allows Star Wars ships to slow down?
20
Can an Imperial-class Star Destroyer land?
28
What fuel/resources are used to power engines in the Star Wars universe?
16
How does Han control the Millennium Falcon?
1
What's the difference between how space and atmospheric craft (eg. fighters) work?