Does Spock's appearance reflect the fact that he is only half-Vulcan?

We know that Spock is biologically half-Vulcan but to me he looks just like full-Vulcans. B'Elanna Torres is half-Klingon and half-human, but in her case you can tell; the Klingon traits like head ridges are about 50% of what they would be were she a full-Klingon. So, shouldn't Spock have only kind of pointy ears, sort of slanted eye-brows, slightly green blood, etc. instead of simply looking just like a full-Vulcan?

In the original Star Trek, Spock's appearance was simply that of a human with oddly trimmed eyebrows, green-tinted skin, and pointed ears. 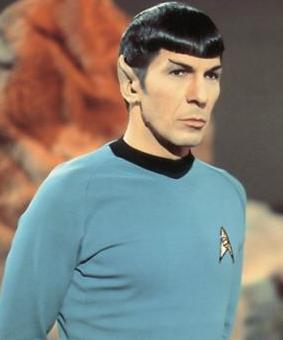 In contrast, his father Sarek has much heavier eyebrows, much more oddly pointed ears, and a heavier coat of green makeup which additionally gave his skin an uneven quality. 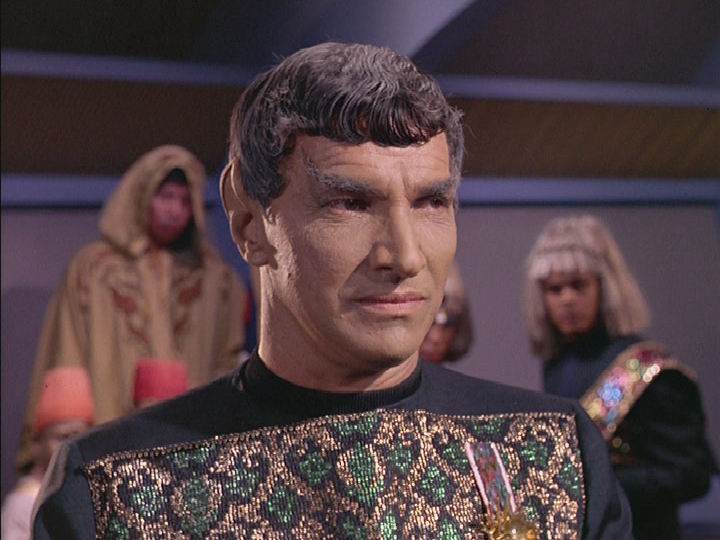 When I first saw the episode "Journey to Babel," in which Sarek appears, as a kid, I was immediately struck by how much more alien a full-blooded Vulcan looked than Spock.

Not the answer you're looking for? Browse other questions tagged star-trek vulcan spock or ask your own question.

2
If Spock is half-Human, why is his anatomy entirely Vulcan?

54
When Did Vulcans Change from No Emotions to Buried Emotions?
20
Why is Spock's blood copper based if he is half human?
18
Why are there so many human Borg?
30
In the 2009 movie, why was Spock's mother part of the Vulcan High Council?
15
Is there anything more to the way others mistreat Spock?
17
Why is Worf always called by one name?
13
How does the EMH hold onto a phaser while having bullets go through him?
17
Is Tuvok the only black Vulcan?
8
Does a Vulcan, in a mind-meld, feel the emotions of the entity with whom he is melding?