What happens to future Potentials in the Buffy universe after the series finale?

The Slayers we see in Buffy the Vampire Slayer become Slayers when they are (at least) teenagers.

In the series finale,

Willow activates all the potentials in the world and they all receive the slayer powers.

Does this affect future potentials that weren't born yet?

Do they get powers from the moment they were born? I can imagine the danger to the people around them when a slayer baby or toddler gets upset.

Is there any extra-canonical reference to what happens with them?

Andrew turns up to collect a slayer who's gone off the rails. He brings with him 12 vampire slayers who operate as his personal bodyguard. 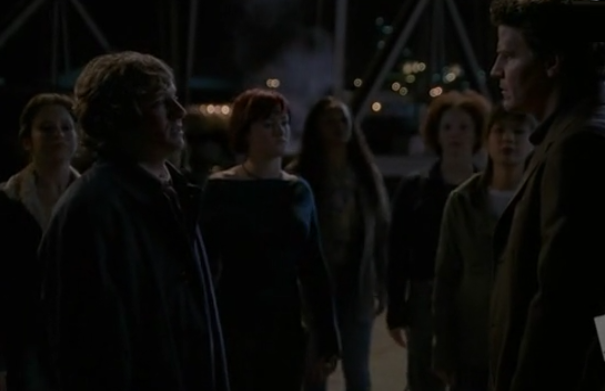 As regards those slayers who weren't activated at the end of Buffy, in the continuation comics we meet Melaka Fray, a girl who was too young to have been called. When she comes of age, she becomes a slayer automatically, although she already had exceptional strength and agility (albeit not beyond human-normal limits) before this. 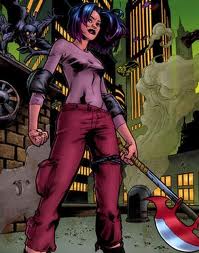 41
Who does the Slayer lineage run through?
21
Do vampires in the Buffy universe need to feed?
20
Is there any good evidence to say whether The Cabin in the Woods is in the Buffy Universe?
16
Why aren't all Slayers active at the Hellmouth(s)?
6
How did Buffy's glitch allow the First to enact its plan?
41
Why isn't Buffy a star athlete?
2
What happens between Buffy S5:E22 The Gift and S6:E1 Bargaining Part 1?
8
What enhancements has Xander received over the course of Buffy?