Did maps in Middle-Earth have west on the top?

Not always (witness the Dwarven map with east at the top), but it was evidently the usual orientation in the West-lands.

Appendix E to The Lord of the Rings:

The names of the letters most widely known and used were… númen, hyarmen, rómen, formen=west, south, east, north…. These letters commonly indicated the points W, S, E, N even in languages that used quite different terms. They were, in the West-lands, named in this order, beginning with and facing west; hyarmen and formen indeed meant left-hand region and right-hand region (the opposite to the arrangement in many Mannish languages).

Now, this doesn't explicitly say that maps were drawn with west at the top, but "south = left, north = right" very strongly implies it!

Additionally, there is an implied contrast (which Tolkien was probably hinting at with that "Mannish languages" remark) with medieval European maps, which customarily had east at the top (hence the use of "orient", or "east", as a verb meaning "to point towards"). This "facing east" was more than just a language convention, it was a cartographic one too; and so we can infer that the same goes for Middle-earth.

Thror's map (as hand-drawn by Tolkien) had a Eastward slant 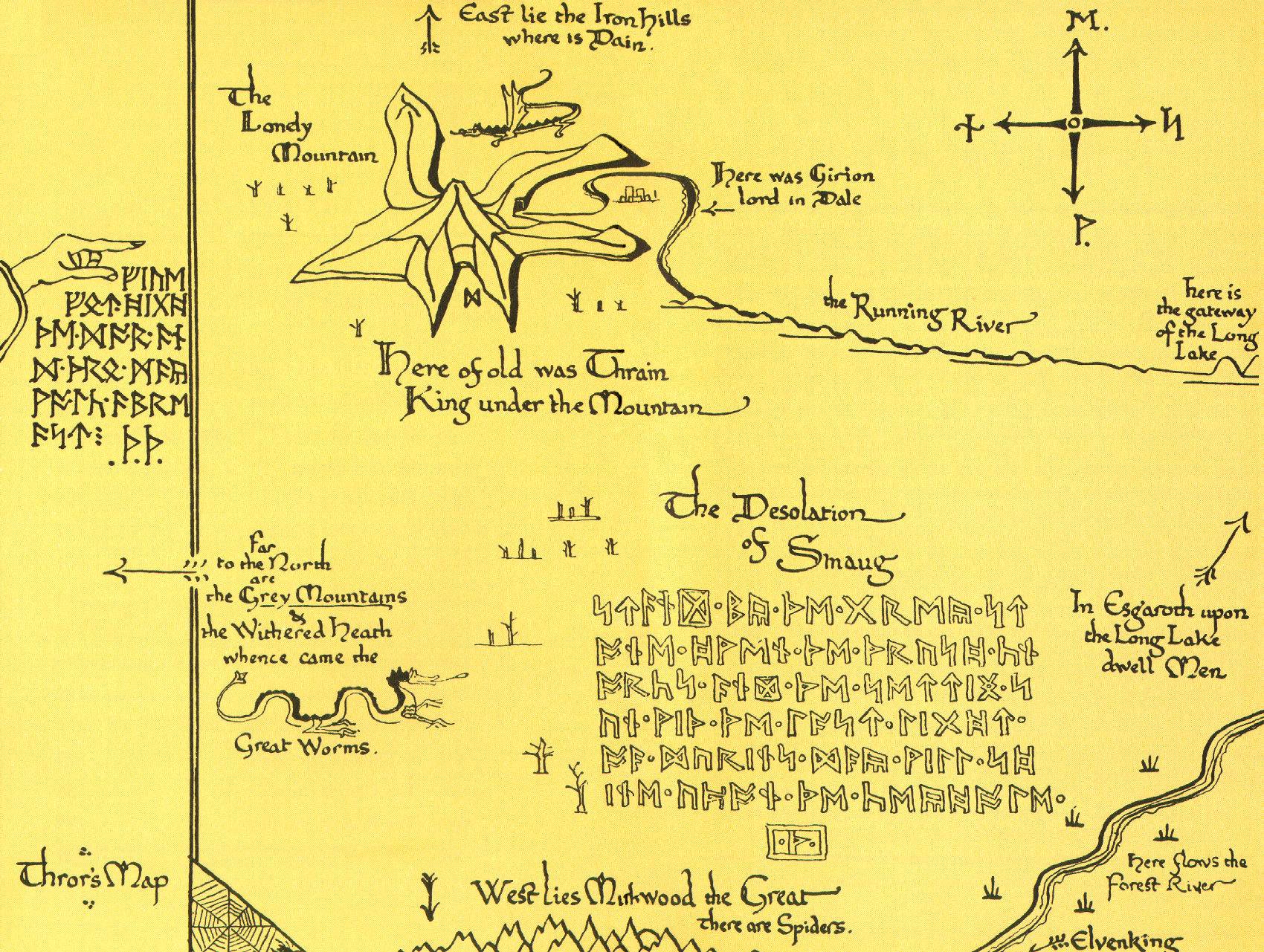 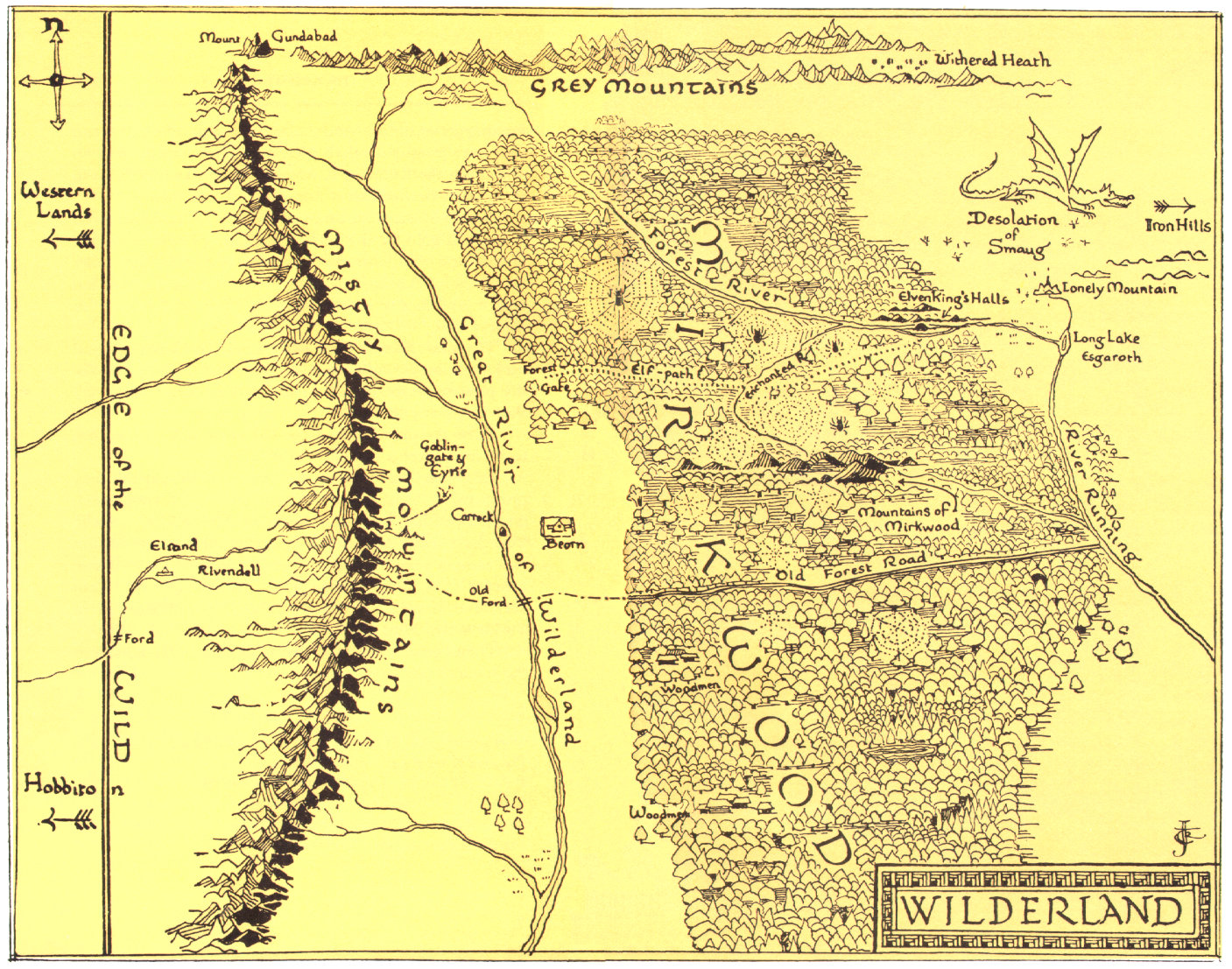 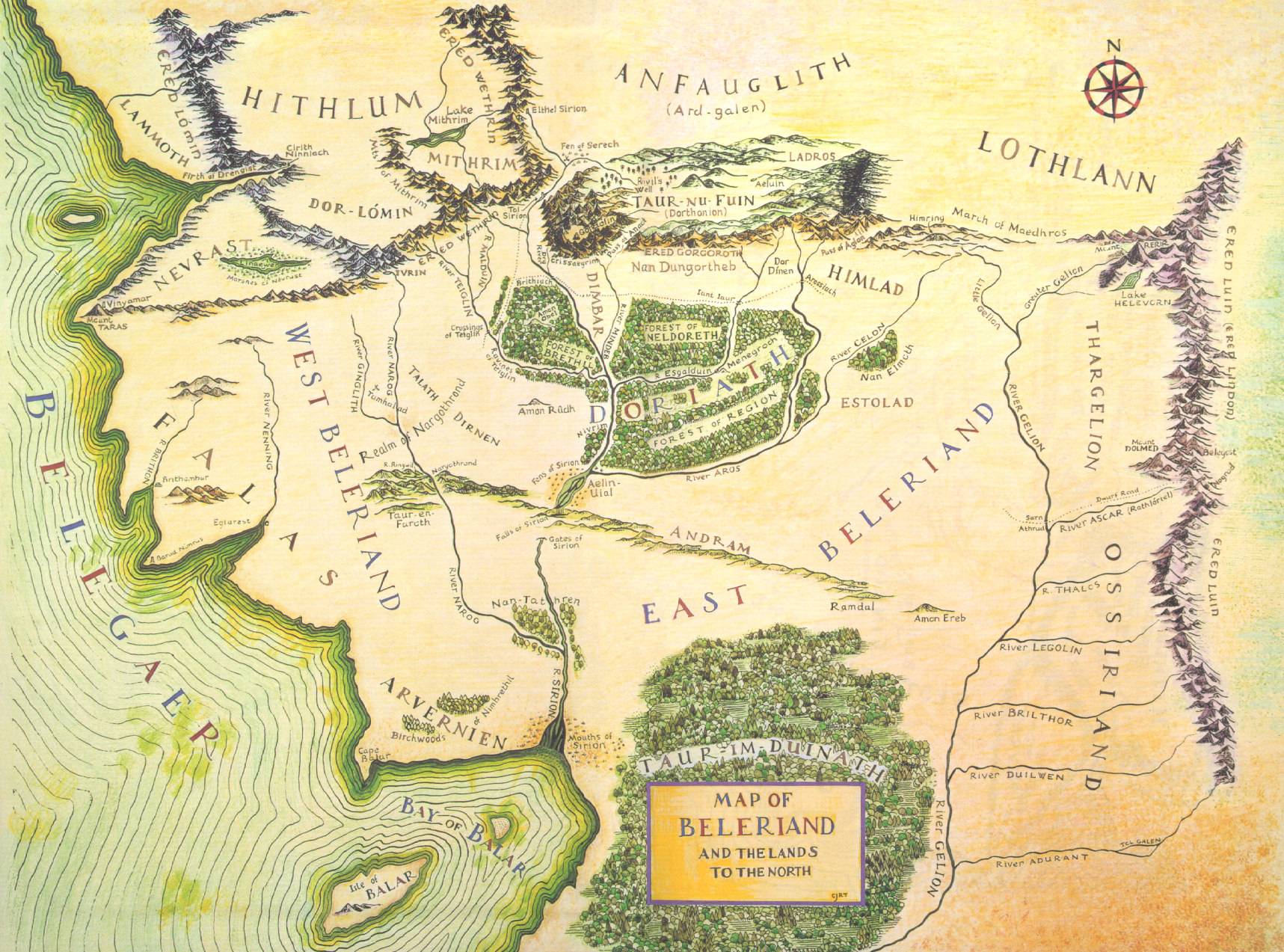 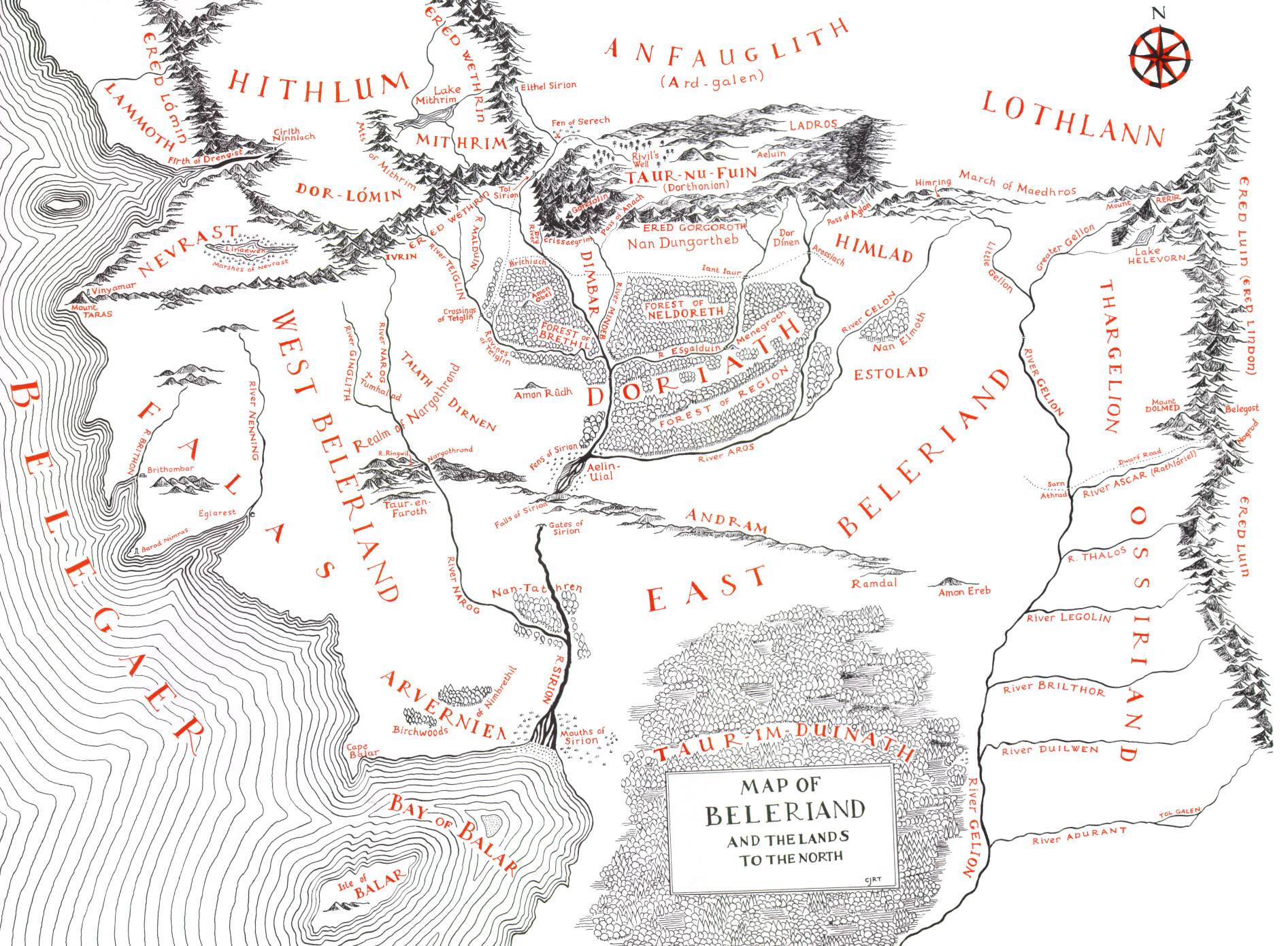 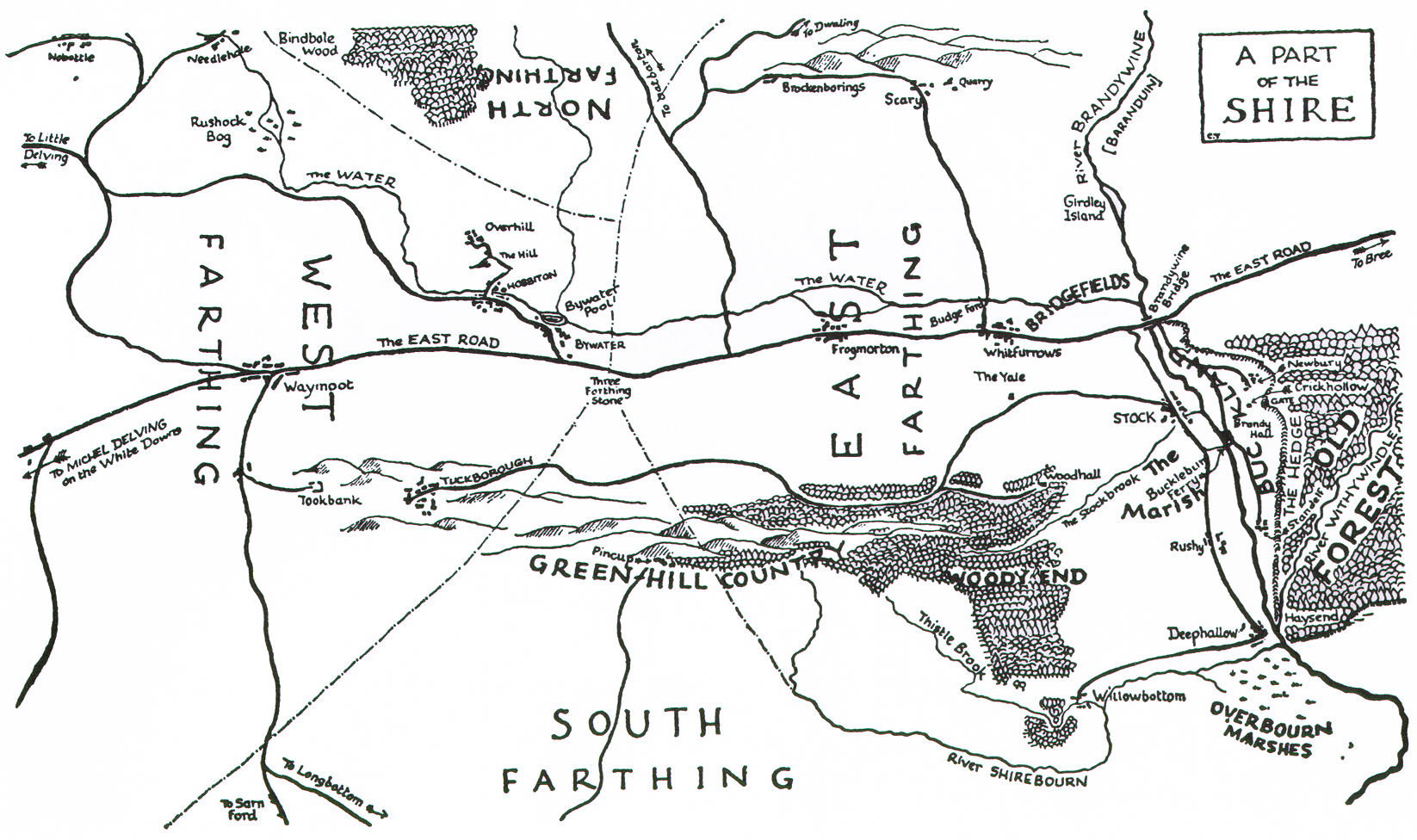 Not the answer you're looking for? Browse other questions tagged tolkiens-legendarium map middle-earth or ask your own question.