The meaning of Medivh's last speech in Warcraft movie?

It might be just me but Medivh's last speech in the movie sounds deliberately vague. He never says he is sorry or that that he should not have done what he did. Is there some other non-obvious meaning of it accessible only to fans?

Medivh was referring to the "demon" mentioned earlier in the movie. It's the same demon we're meant to presume possesses him at the end, when Medivh gains horns and a, well, demonic appearance.

If you're familiar with the Warcraft franchise, this demon we saw is similar in appearance to Tichondrius and Mal'Ganis, notable demons. 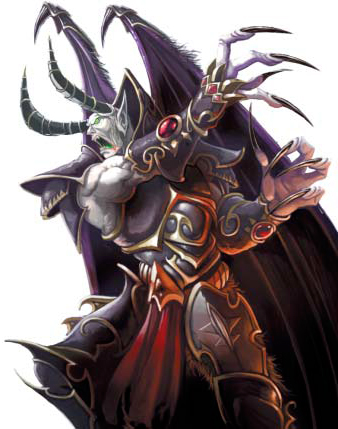 So, Medivh's comment about wanting to protect them all may have been a reference to keeping Azeroth and Orc World both safe from the demons of the Burning Legion. According to lore, I'm told, the demon possessing Medivh, in the video game lore, is Sargeras.