I'm trying to find an audiobook from my childhood (early 2000s)

The story is about an adventurer. The distinct section I remember is of the main protagonist trying to get through some snow that had been cursed. It was different colors like a patchwork quilt. Depending on the color it caused different problems. I think yellow caused acid burn. I vaguely remember it having something to do with the classical music song "In the Hall of the Mountain King". It's confused me for a long time. Anyone have any ideas?

Could this be The Farthest-Away Mountain? 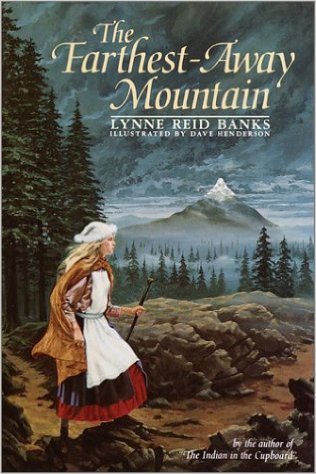 A witch has cursed the snow to be various colors and have a variety of harmful effects.

The green snow swarms with caterpillars:

She pushed her knapsack out first and dumped it on a patch of green snow, then pulled herself out. There was no snow on the very rim of the cave, so she sat there to put on her knapsack. But when she picked it up, she caught sight of something on the bottom of it which made her drop it again very quickly. Every part which had touched the snow was crawling with green caterpillars.

The red snow is so cold it burns:

The snow everything fell into was a blazing red, and when Dakin tried to reach into it to recover the bread, matches, candle, and the knife and mug, she snatched her hand away. Have you ever touched what they call “dry ice”? It is so cold it feels red hot. And this is how the red snow felt. Dakin could not touch it.

As soon as she stepped onto a big, mustard-yellow area, she stuck fast—the snow held her like tar—and she couldn’t run! It was like the most terrible nightmare in the world. It was coming—its great black shadow was over her—and now—and now!

That it has the word "mountain" in the title might have accounted for the fact that you associated it with "In the Hall of the Mountain King."

Not the answer you're looking for? Browse other questions tagged story-identification audio-book or ask your own question.