I read this in the late 80s or very early 90s. The cover showed a huge woman in chain mail with an equally large horse -- the colors were all silver and grey.

She was some sort of German or Swiss type. I seem to recall that she was a peasant maybe, but turned into a great warrior.

Would you be talking about Sheepfarmer’s Daughter by Elizabeth Moon? 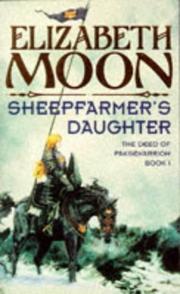 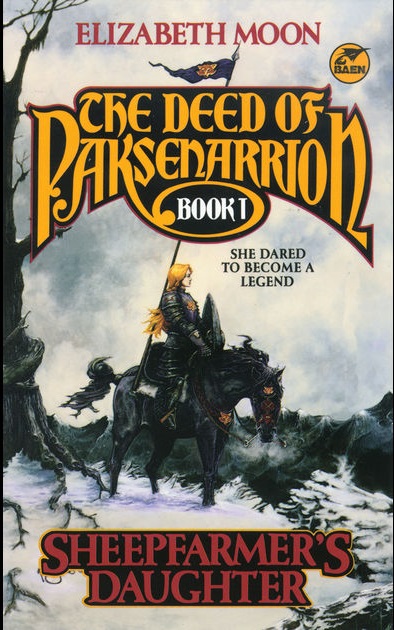 The description below contains spoilers:

Paksenarrion Dorthansdotter, headstrong daughter of a sheep farmer on the north edge of the kingdom, dreams of being a hero out of legend, of fame and magic swords and great deeds. When her father tells her she must marry the neighbor's son, she runs away from home to join the mercenary company her cousin told her about. But military life and warfare aren't anything like her daydreams...yet she holds to both her duty and her dreams. In the end, she pays the price that heroism demands and becomes the paladin who saves a kingdom...but the journey is longer and darker than she ever imagined. She has to confront and overcome her strengths as well as her weaknesses...and her triumph redeems more than herself.

It’s part of the series “The Deed of Paksennarion” Originally written as one long story, it was broken into three for practical reasons when first published. 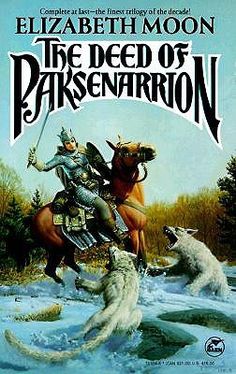 Spoilers about the series:

Sheepfarmer's Daughter takes her from the farm through three fighting seasons as a mercenary in Duke Phelan's Company. Divided Allegiance describes her departure from Phelan and her training to become a paladin of Gird....a journey that ends in disaster. Oath of Gold finishes her story of recovery and redemption.

8
YA book about a girl with multicolored hair who possesses some kind of power
9
'80s or '90s book about a world where society is beginning to break down due to mass infertility
7
Movie - 80s to 90s Era, Possible Vampire and/or Sci-Fi
11
80s/90s fantasy book: female protagonist, demon-related magic, "knife"/"blade" in title...?
5
90s/2000s European(?) movie: alien/machine soccer ball that helps kids
12
Fantasy/magic book with female protagonist and a misogynistic villain in a ringed city
6
Fantasy novel: dueling sorcerers and a damsel in distress
9
Book about a young woman who was a warrior and a princess, who was accompanied by a magical talking cat that she carried around in a bag
6
Help identify story: 80s/90s childrens book about a child in a society ruled by robots