At the end of Zootopia, are Nick Wilde and Judy Hopps an item?

In true buddy-buddy cop style, Nick and Judy start out as reluctant partners but gradually learn to respect each other's unique qualities.

At the end (and presumably some months later), we have this scene in which Judy states that she loves Nick.

Actual Dialogue from the clip:

Nick: You know you love me.

Was this scene intended to imply a romantic connection between them?

No, They most definitely aren't yet as already stated by Valorum. In addition to his comprehensive answer, there were initial plans on making this happen.

There was a deleted scene in the movie which was going to make it happen however, that scene did not make the final cut.

Twitter user @Nick_wyld tweeted at director Rich Moore an image from deviant art featuring Nick meeting Judy's parents and she introducing him as her boyfriend.

The Image from Deviant art from Lyrin93: 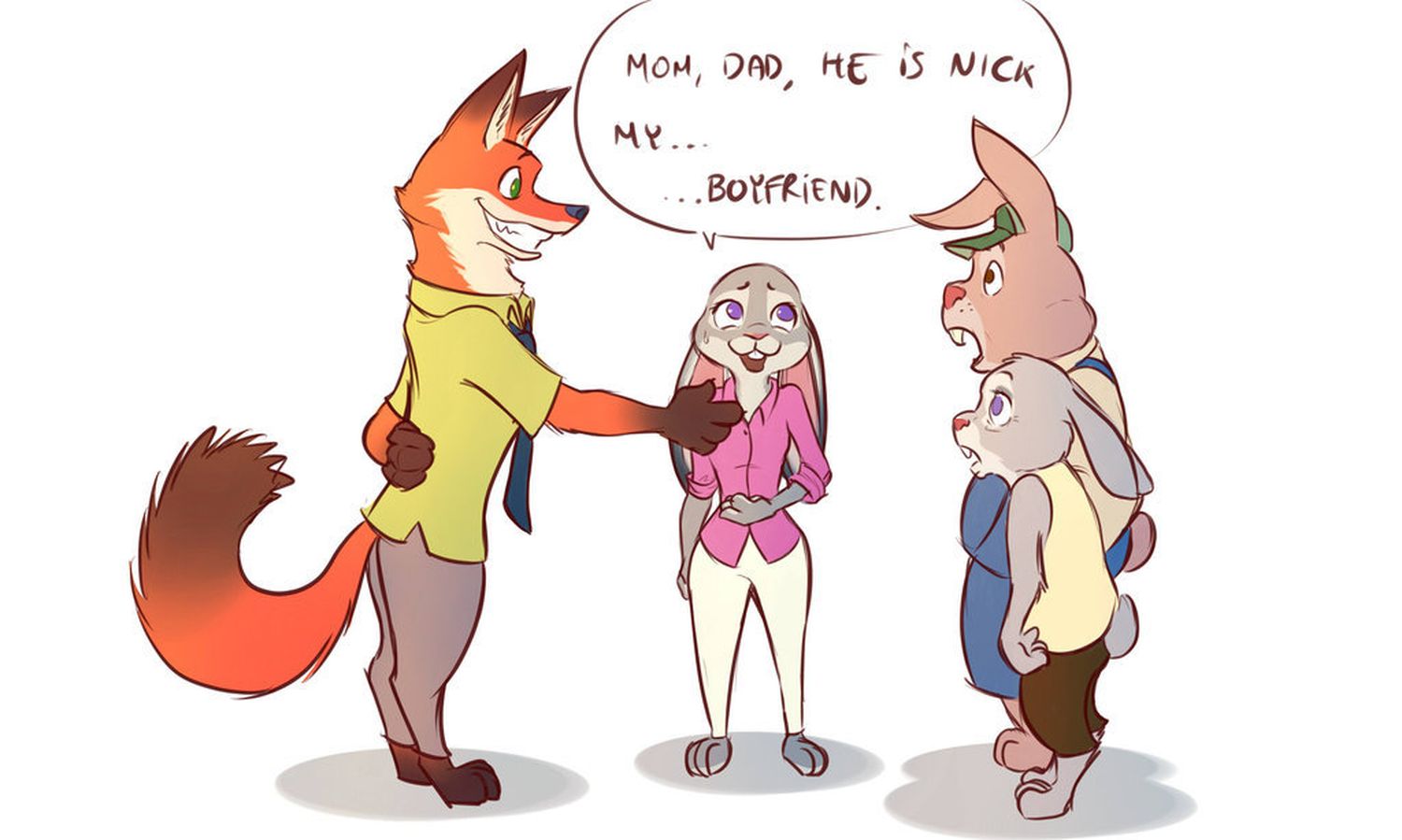 Rich Moore confirmed that there was a similar scene in the movie but it was later dropped. He also stated that it may be included in blu ray version.

Director also confirmed the friends-only relationship of Judy and Nick when a fan asked him on Twitter: 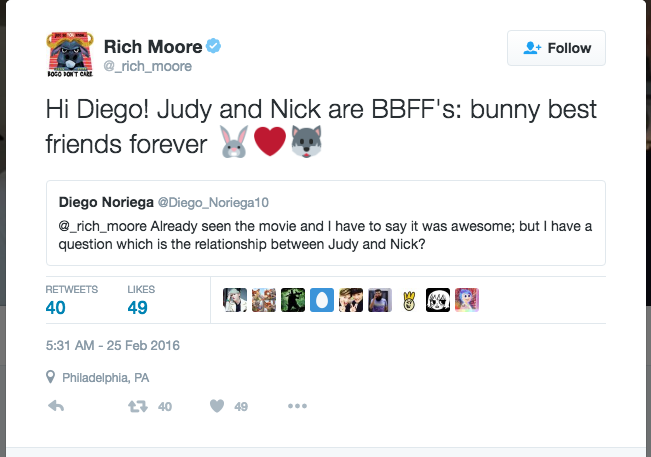 UPDATE: In Light of Valorum's finds on DVD, it appears that when Director said that there was a similar scene, he might not have meant completely similar with depiction of a romantic connection between the two characters. However, it is also possible that they did not add the said scene in Blu ray either as the director said they might include the scene but did not state that they will definitely do that. Nevertheless, the similarities between the supposed deleted scene and the extra scene valorum found are very convincing.

According to the film's co-director, the answer is no, at least for the time being. 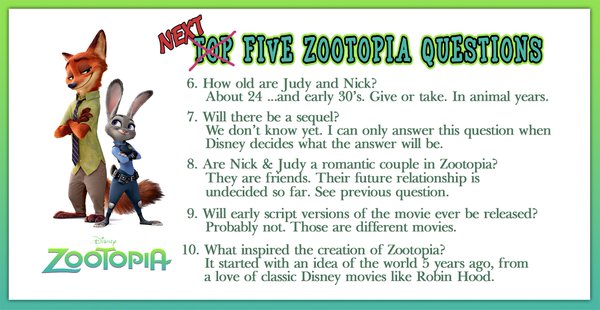 That being said, they're very clearly leaving the door open to the possibility.

Throughout the movie? No. They were not "an item".

Were they, at any time, behaved like "an item" on-screen? Definitely not.

Were they, at the end of the movie, "an item", even if they did not show a romantic relationship on-screen? Very probably.

I shall refer you to the list of official translations of "Nick's question":

(DO NOTE that the "Meaning" column was filled based on research, talks & discussions with person(s) of the respective culture.)

At the time of me posting this answer:

So, the absolute majority of the official translations declared that, at the end of the movie, they (have) became "an item".

Again, these are Official Translations. As heard in the cinema and/or written in the DVD/BD subtitles.

48
What do the carnivores eat in the Zootopia universe?
1
Are there any marine mammals in the world of Zootopia?