So Mario and company eat all kinds of things to get stronger or gain powers with mushrooms being the most prevalent. They are the most basic power up and they also provide additional lives.

What I would like to know is, is there any evidence to suggest our favorite Italian plumber actually enjoys the taste of these mushrooms or does he eat them simply for the benefit they provide?

According to Paper Mario he finds normal (magic) mushrooms bland and uninteresting. Presumably he only eats them in-game for their magical and restorative effects.

For the record he finds volt mushrooms tart, fried mushrooms uninteresting and sweet 'shroom cake to be "Yummy", so I guess it depends on the variety of mushroom and the way it's prepared. 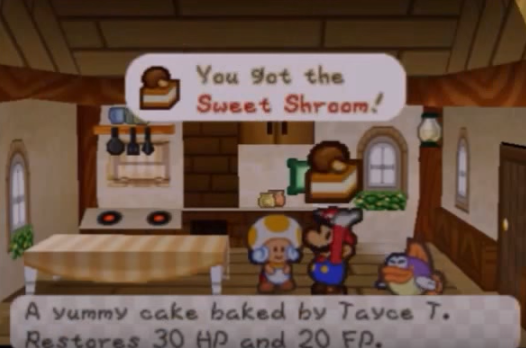 Interestingly, in Paper Mario: The Thousand Year Door, his opinion on fried mushrooms seems to have changed, now finding them "Tasty". 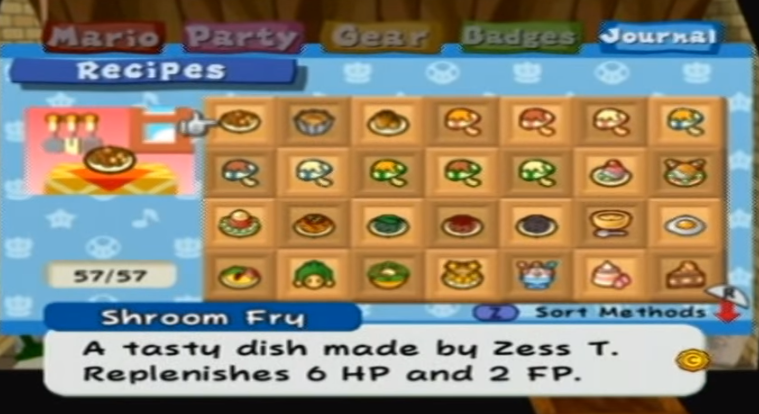 Who says he eats any mushrooms, including the Magic Mushrooms?

From page 8 of the SMB1 manual: Thanks to “the Koopa, a tribe of turtles famous for their black magic”... “Mushroom People were turned into mere stones”... “The only one who can undo the magic spell is Princess Toadstool”.

A section of SMB1's manual shows some sprites, including page 14 which shows the “Mushroom retainers”, which are the people who look like Toad found at the end of the castles. The manual says “Seven Mushrooms who originally served in the court of Princess Toadstool”. In other words, the term “mushroom” can be used to refer to a person who is a citizen of the Mushroom Kingdom.

In the section called “Mario's Friends”, which discusses the Magic Mushroom, Fireflower, and Starman, page 8 of the manual says, “If you come across mushrooms who have been turned into bricks or made invisible, they reward you by giving you a power boost.”

So although Princess Toadstool may be the only one who can take care of the magic spell over the whole land, Mario is able to rescue individual friends by shaking them up a bit. Surely we don't usually think that Mario is eating the Fireflower. Simply making contact with the Power-Up is sufficient. (This is clearly shown by the Super Mario Bros. Super Show cartoon's intro, when Mario touches a Starman and that causes him to don the Fiery Mario clothing seen on SMB1's box art, since we all know that's exactly how that works). Likewise, several pieces of official artwork show Mario holding a Magic Mushroom, but not eating one.

If Mario was known to eat his friends, they would be far less likely to be providing him with rewards.

14
What happened at the end of the Super Mario Bros film?
46
How did the Mario Brothers discover/enter the Mushroom Kingdom?
37
Is Mario killing people when he smashes bricks?
38
Does Yoshi have a saddle or a shell on his back?
5
Are green Yoshis more common than other varieties in Super Mario?
5
Who are Mario (and Luigi's) parents?
14
Who put the coins in the Mario Universe?
50
Are the pipes in the Mario series made by Mario as tunnel entries to infiltrate Bowser's kingdom or are they a normalcy?
3
In Super Mario Bros. 2, why does Wart die from eating too many vegetables?