What is “Blue Sun” in Firefly?

There are many references to Blue Sun in firefly. Most are background type images such as billboard advertisements or a shirt that Jayne wears. Is this ever explained, either directly in an episode or maybe in DVD extras?

It's a mega corporation. They do everything from ship parts to food.

Actually, while not directly mentioned, the logo can be seen on various props.

More at the Firefly Wikia.

Blue Sun is a megacorporation in the Firefly Universe.

Joss Whedon has described it as the company that would result from the merger of Microsoft and McDonalds. The idea being that it is a company that permeates every part of people's lives from the food they eat, to the clothes they wear to the computers they use to the ships they fly.

It is also hinted at the end of the first graphic novel that the Hands of Blue were actually working for Blue Sun which may have major ties to the government.

It is not only a corporation, it is the name of one of the actual stars of the compound star system, as noted (among other places) on the QMx Official Map of the Verse 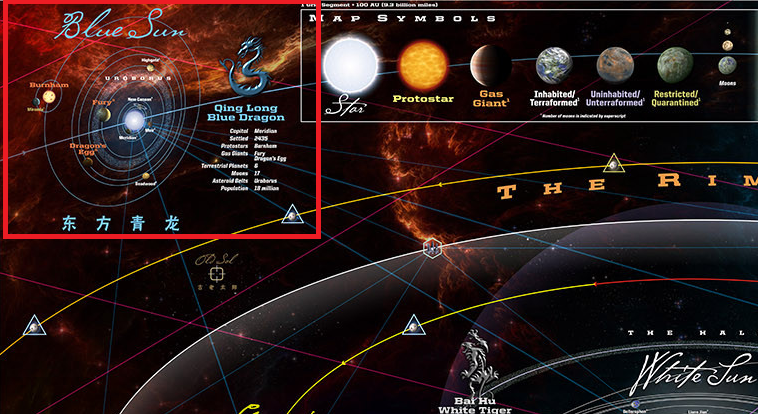 13
Was Mass Effects’s Blue Suns a nod to Firefly?

78
What was Shepherd Book's past in Firefly?
50
What was the original intended order of the episodes of Firefly?
18
What are the Firefly specifications?
54
Why does everyone in Firefly speak Chinese?
21
What is responsible for the glowing light behind the Firefly when it prepares to burst?
13
Was Mass Effects’s Blue Suns a nod to Firefly?
18
Why was Firefly cancelled?
16
Firefly: Was the Alliance “evil?”
10
What was the name of Monty's ship on Firefly?