The story begins as a man in England receives a clock from a relative who passes away. Fully 7 feet tall and black as coal, it presence makes people uneasy. The aunt's will reports that its made of bog wood, and that the face and the hands of the clock are made of the bones of an extremely ancient man from the bog. The story only gets better and the ending is disturbing in the extreme. Nowadays I look closely at grandfather clocks !

Could this be from Some Haunted Houses of England and Wales by Elliott O'Donnell? 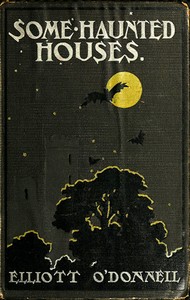 A man receives a clock from his aunt, who has died:

"You must know," he began, as we sat on deck watching the lofty outlines of St. David's Head slowly fade in the distance, " you must know, O'Donnell, that after leaving Crawley's I inherited a nice little sum of money from my aunt. Lady Maughan of Blackrock, who, dying quite unexpectedly, left the bulk of her property to my family. My brother Bob had her estate in Roscommon ; Charley, the house near Dublin ; whilst I— lucky beggar that I am — (for I was head over heels in debt at the time) suddenly found myself the happy possessor of 20,000 pounds and — a bog-oak grandfather clock."

Note also that the previous paragraph describes the clock as made of "bog-oak."

The clock is jet-black and over seven feet tall:

Standing at least eight feet high, with a face large in proportion [...]

I can't describe to you how black — black as ebony and shining.

The clock is made of the bones of a man from the bog:

We did so, and discovered that the frontal pillars on either side of the face of the clock consisted of two highly polished femur-bones which, although blackened through countless ages of immersion in the bog, and abnormally long (as is inevitably the case with Paleolithic man), were very unmistakably human.

The owner of the clock removes it to a summer house:

But I did make one concession : I permitted them to remove it to the summer-house.

My first care now was to see that all the doors were locked, and windows bolted before retiring to bed ; a precaution that was speedily justified.

The creature in the clock is gray, and has no toes on its feet:

'And then,' the vicar continued, disregarding the interruption, ' it was grey ! — from head to foot a uniform vivid grey.'

'A grey monstrosity ! Ah ! now that is interesting ! '

I looked at my uncle quizzically — was he still joking ? But no ! he was in sober earnest : could it be possible he knew anything about the clock.

I leaned back in my chair and smiled — feebly.

'In height," the vicar went on, 'it could not have been far from seven feet, it had an enormous round head crowned with a black mass of shock hair, no ears, huge spider-like hands and toeless feet.