How was the bridge at Khazad-dûm made?

Deep in the mines of Moria, the bridge at Khazad-dûm (Durin's Bridge) spanned a virtually fathomless gap that separated the main part of the Moria superstructure on the western side and the Dimrill Gate on eastern side.

The steps leading to the bridge looked like they could've been easily hewn from the side of the cliff. However, it looks virtually impossible that a solid rock bridge could have been constructed or hewn over the abyss. How was the bridge made and who made it? Unless it was a naturally created bridge smoothed out by the dwarves, it seems unlikely dwarf-craft could have built it.

No writings I've been able to find discuss the construction of the bridge in any level of detail. Any of the possibilities discussed in the question comments are feasible:

However, I would question the claim that the Dwarves couldn't have constructed a bridge that looked like (and was as strong as) a single, unbroken piece of stone. Such a technique is used to hide their doors, including the West-gate of Moria itself:

'Dwarf-doors are not made to be seen when shut,' said Gimli. `They are invisible, and their own masters cannot find them or open them, if their secret is forgotten.'

[S]ilently a great doorway was outlined, though not a crack or joint had been visible before.

Fellowship of the Ring Book II Chapter 4: "A Journey in the Dark"

Or the back-door of Erebor:

It was not a cave and was open to the sky above; but at its inner end a flat wall rose up that in the lower part, close to the ground, was as smooth and upright as mason's work, but without a joint or crevice to be seen. No sign was there of post or lintel or threshold, nor any sign of bar or bolt or key-hole; yet they did not doubt that they had found the door at last.

The Hobbit Chapter 11: "On the Doorstep"

It's worth remembering that Dwarves are preternaturally skilled miners, carvers, and stone-workers; techniques that seem impossible to us are not necessarily beyond their abilities.

1 It's doubtful, though not impossible, that they carved the whole thing, since Gimli says that none know how deep it goes, and Gandalf discusses tunnels at that depth not made by Dwarvish hands:

'We fought far under the living earth, where time is not counted. Ever he clutched me, and ever I hewed him, till at last he fled into dark tunnels. They were not made by Durin's folk, Gimli son of Glóin. Far, far below the deepest delving of the Dwarves, the world is gnawed by nameless things.

Tolkien doesn't describe how the bridge was constructed. We are simply told that it is

A slender bridge of stone, without kerb or rail, that spanned the chasm with one curbing spring of fifty feet.

I'm no dwarf, but if I were handed this as a problem to solve, I would build the bridge in stages:

As lfurini points out in the comments, the Romans built many bridges with spans of 50 feet or more. For example the Roman Bridge at Vaison-la-Romaine with a span of 17 m (more than 55 feet). 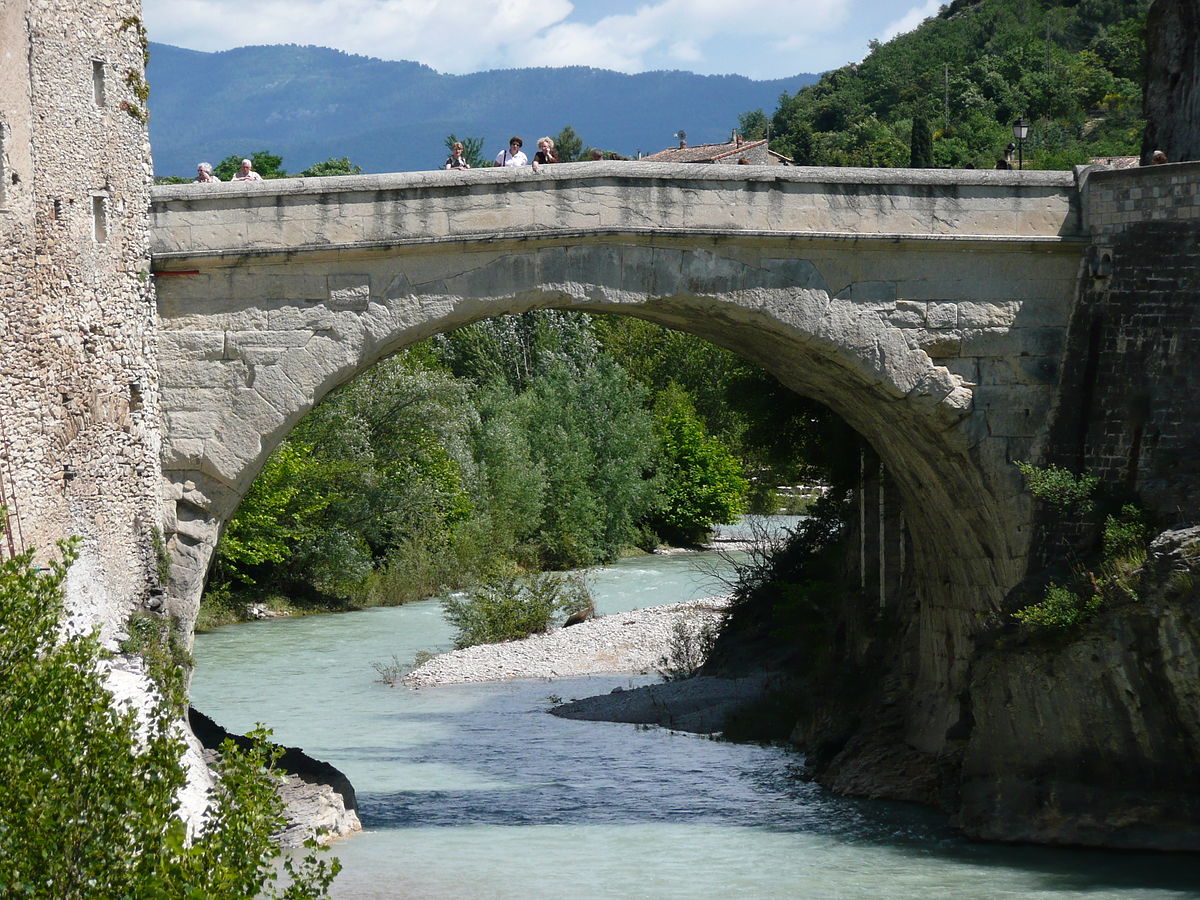 I think we can assume that dwarves were more skilled builders than the Romans.

33
What material was the One Ring made of?
27
How could Gollum follow the Fellowship out of Khazad-dum?
17
Where was Grond made? Barad-dûr? Orodruin?
2
Who made The Rings of Power?
25
Was there only a single mithril-mail shirt made?
14
What was the elvish cloak's fabric made from?
24
Is there any historical significance to the Bridge of Khazad-dum?
13
Was the Balrog of Moria aware of the presence of the One Ring during the events of Khazad-dûm?
64
How large was Khazad-dûm?
56
How far did Gandalf and the Balrog drop from the bridge in Moria?