Why does Bruce Wayne keep speaking in that low raspy voice to Catwoman?

In The Dark Knight Rises Catwoman was standing nearby and watching as Bane called out Batman's identity as Bruce Wayne, beat him down, and took his mask.

In spite of this, later in the movie Bruce Wayne (as Batman) continues to speak in his low raspy voice to Catwoman even though they're alone and she knows who he is.

Why is that? The only reasons I can think of are things like he was trying to sound more manly to impress her.

TL;DR: Throughout the trilogy, Bruce always uses his gravelly voice while in costume, regardless of who he is interacting with.

The circumstances don't seem to make any difference. He might be in the Batcave with Alfred, where no one else can possibly hear him; he'll still speak that way. He might be telling someone who he really is; he'll do it in the Batvoice. No matter who he is speaking to or what else is happening, if he's wearing the Batsuit, he growls everything he says.

When does he use the gravelly voice?

Every time we see him in costume, and a couple of times when he's in street clothes (e.g., when he finds the cops tied up during the funeral procession in The Dark Knight). In short, whenever he is acting as Batman rather than as Bruce Wayne, we hear the voice.

Ra's Al Ghul knew Batman was Bruce, they were alone on a train that was about to blow up, and Ra's was going to blow up with it, but Bruce still used the voice:

Bruce maintains the charade even as he reveals his identity to Rachel:

Bane and Talia know who Batman is, but Bruce keeps up the fake voice:

Lucius built all the Bat-crap and is Bruce's closest confidant aside from Alfred, but Bruce keeps growling anyway:

Alfred wiped Bruce's butt and changed his diapers, he stitches up his Bat-injuries, and he advises him on Bat-tactics; still, Bruce refuses to drop the voice with Alfred:

Here's the kicker: he maintains his fake voice while he is alone and talking to himself! (thanks to Zac Cries for mentioning this one).

Why does he always use his silly voice?

Although it was cut from the film and is therefore probably not canonical, the production notes and a deleted scene say that the voice is a feature of the cowl itself: 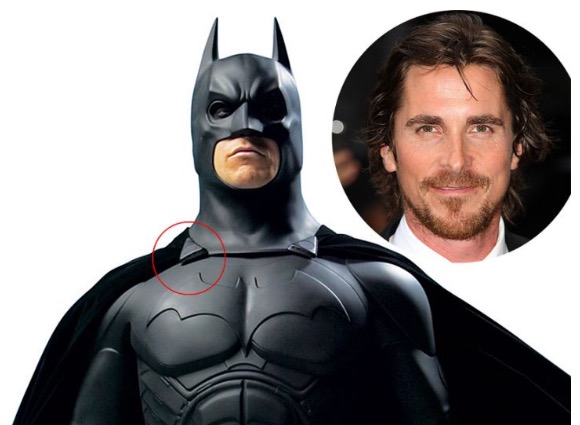 Actually, the Batman of "Batman Begins" was designed to sound different from the start. The production notes from the film reveal that Batman's cowl is equipped with mics and speakers (see image above) that allow him to... enhance his speaking voice.

"High-gain stereo microphones are concealed in the ears, allowing Batman to eavesdrop on distant conversations," the notes describe. The mics can also amplify Batman's voice and broadcast it through a discreet speaker in the suit, giving his voice that distinctively gruff, disembodied sound.

While the original script included a scene that went over these Bat-details, mentions of Batman's embedded vocal distorter wound up being cut from the final film. (Still, the Batsuit's tiny speakers remained visible upon close inspection.)
- Yahoo Movies

In or out of universe? The other answer covered the point that the voice does not actually change.

Here is the out of universe explanation straight from the actor's mouth in Christian Bale Reveals The Origin Of His Batman Voice And How His Wife Found It Dumb:

"I got there. They put me in Val Kilmer's suit. It didn't even fit properly, and I stood in it and I went 'I feel like an idiot.' What kind of guy walks around, dressed like a bat? And is then going to go 'Hello, how are you? Just ignore that I'm dressed as a bat.' Of course, he's meant to be doing this. If you look at the history of the guy and the pain that he went through. I went 'I can't do this in a normal voice. I have to become a beast in order to sell this to myself.'"

If an actual 'bat person' started up, it is not inconceivable that s/he might use a different voice for the same reason the actor did - don't forget that some of what Batman achieved was through the persona that he created. Burglars might think of encountering Batman just as they are heading out, only to conclude that a job slinging burgers doesn't sound so bad after all.

As mentioned by Wad Cheber in a comment, Micheal Keaton also changed Batman's voice. While part of the reason was for anonymity:

On the voice of Batman:

“There was another practical matter; Bruce Wayne is a man about town, a luminary, having to go to social functions and make public appearances, so people know his voice. So I came up with dropping his voice down, as Batman it comes from a lower thing that he drops down into, a place he has to reach to become a quasi-vigilante. That’s where that whole voice thing came from and it’s just to protect himself, it’s part of the transition inside of him from one thing to another thing. And the truth is I can talk about all this stuff and maybe it comes across or it doesn’t come across but I don’t know another way to do it. I have to find a way to make sense of what I’m doing before I can show up and try to make the whole thing work. On one level it all sounds silly and superfluous, but it’s not actually, not at all. Not for me. I don’t know any other way to do it.”