Please help identify a novel after a terrible future war, the world is falling apart (molecularly) and being held together by machines

There has been a terrible war. The world is falling apart in places, literally dissasociating molecularly and there is just a gray mist where the world is gone. There is a hint that machines are locally holding together pockets of the world.

In the novel, rich people maybe living in cities live a very oppulent lifestyle. They clone midgets and fight them or other clones like galdiators. I remember a sister and brother with a hinted incestuous relationship. Clonal Elvis and Lord Byron are also present at some sort of feast in one scene. The Lead character might be called "Billy". In one of the final scenes, I think there is a part about some lost technology that fabricates anything that led to a huge, past war. I think book could have been written in the 1970s-1980s?

I remember all of this in snippets but some of the images from this novel have really stayed with me and I'd love to identify the book. I read it around 2002 and I recall it was a hard cover book I checked out from the library. I can't remember much else.

Sounds like Mick Farren's 'DNA Cowboys' series. One of the lead characters is called Billy Oblivion, the nanotech building things and grey mist match, and the first three were written in the 1970s 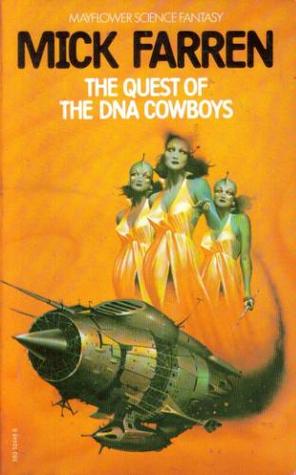 The midget fighting is an entertainment at a party:

A troup of tiny people appeared from a concealed door and the lights focused on the impromptu stage. They were L-4s who had been reduced to a height of not more than sixty centimetres by some kind of DNA adjustments.
...
It was the midgets that cracked first. One of them, a comparatively tall male, cried out in a high trilling voice. 'Now, brothers and sisters! Slay the oppressor!'
Squeaking, they rushed at their audience. Before A.A. Catto could get to her feet a tiny woman had struck at her with a small sword. As the blow fell it became clear that the sword was only painted balsa wood. It snapped and A. A. Catto swung her own inlaid steel blade at the L-4 and cut her practically in two. Leaping to her feet she hacked at the little people, cutting off heads and limbs in a savage fury. The rest of the guests were joining in with relish. In five minutes it was all over. The L-4s had all been slaughtered.

The incestuous relationship is between the A. A. Catto mentioned above and her brother Valdo:

A.A. Catto came home from the party in another artificial sunrise. Once again, she was bored. Juno Meltzer had done her best, but when A.A. Catto finally came down to it, nothing new really happened. It was yet another party where she had finished up with her brother. It was an indictment of the lack of stimuli that someone like Valdo was superior to most of the other available men.

There is no mention of Elvis or Byron in this book, but an Elvis clone appears in the third book The Neural Atrocity.

6
Something, something “reality cowboys”?

3
Trying to identify name of 1970s(?) space-opera novel, powered armor
12
Remote vacation planet and an interstellar war
8
Title of book about two WW2 airmen finding a civilisation deep underground
7
Fantasy book about elves and spiders I read when a teen
6
YA novel about boys travelling to post-apocalypse future
10
Short novel about man who can control reality
8
Seeking a novel with the post-apocalyptic remains of the European powers fighting on the Isle of Man
9
70s/60s Novel work on evolution and advanced intelligence
17
New invention compresses matter to produce energy? or other items? (Short Story)