Why did the Empire design the Death Star to have a trench?

The Death Star trench was used as a plot device in Episode IV to facilitate the Rebel attack on the Death Star using small, one-man starfighters: the trench created a dead zone in which most of the Death Star's surface turbolasers (the ones not in the trench) could not fire on the starfighters. (Out of universe, the trench run was inspired by the films 633 Squadron and The Dam Busters, according to this answer.)

But, in-universe, why would the Empire design the Death Star to have a trench? What purpose does it serve? The equatorial trench was installed early in the Death Star's construction, as seen in Episode III: 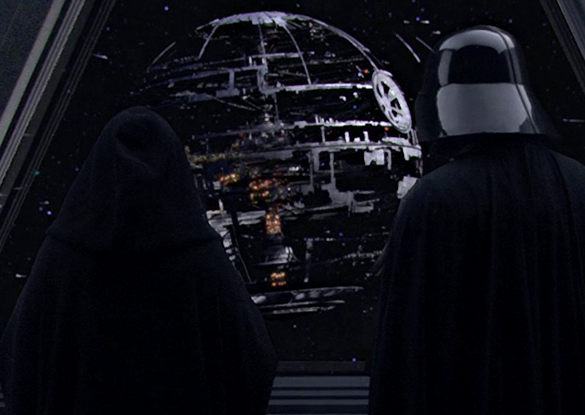 The equatorial trench was probably installed early to help hold the Death Star's superstructure together during construction. By why build a trench rather than just a level surface?

"In the briefing Dodonna says, 'You're required to maneuver down the trench to this point.' " – Todd Wilcox

Just as the trench is protecting the hanger bays from the sun, it protects sensitive equipment that is required to protrude from the surface from errant mishaps, by simply employing a giant trench to recess them into.

Which in order to assault and have the correct angle to fire upon anything in the trench, you must make yourself an obvious target flying a given trajectory. It's like a camel's eyes in a sandstorm.

"The trench was probably actually built to recess the thermal exhaust port and other items from the surface. Note that it was very difficult to attack the port since it was in the trench." – Todd Wilcox 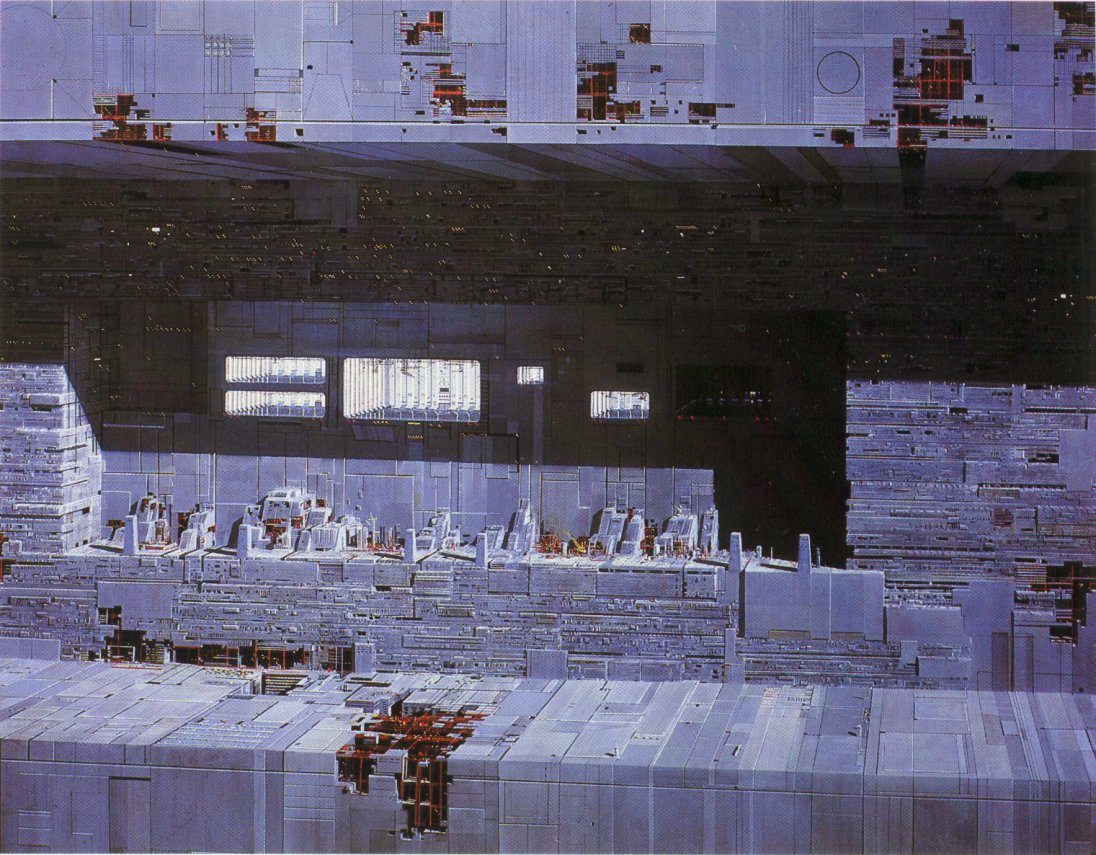 Note that the equatorial trench isn't the only one.

Several polar trenches are shown in the rebel schematic animation. They radiate out from somewhere near the pole to approximately halfway towards the equator. –theforce.net

This is all for the most part, speculative. But having more than just the one trench suggests that they have some use, whatever it may be, other than being a flat-out "battleground written in to the story."

To tie this into Lucas' inspiration, in aviation it's hard to account for drift, so you plot your course along any natural landmarks you can find. Ideally, like a river leading up to a dam, or in this case a trench. Which when followed takes you exactly where you need to be and keeps you on course for your target.

Conventional weapons require the proper trajectory when launched. Which makes you, in essence, a sitting duck because that's where they're going to have put the guns:

The plant is in a seemingly impregnable location beneath an overhanging cliff at the end of a long, narrow fjord lined with numerous anti-aircraft guns. –633 Squadron

Vader flippantly decides that he has to go out there and save the day, all the while the batteries in the trench were doing their job just fine. (Way to go, you burnt-bacon smelling Nurf herder.)

Equatorial and polar trenches are installed early in a Death Star's construction because, not only do they house vital equipment, but they also make for the 'spine' of the superstructure, onto which everything else added.

The first thing you need for any project is a place to warehouse delivered supplies and docks to receive personnel. The first steps in construction (planetside) are the foundation and the framing. In space, they're one and the same: a superstructure.

It is also possible that the 'trench' is simply an artifact left over from construction, but was designed to be put to good use afterwards. The giant 'U' shaped band around the DS might have been required to be oversized, to support itself and the subsequent addition of sections, until completion.

This is addressed in the Rogue One: The Ultimate Visual Guide factbook. In short, the trenches, including the famous Meridian Trench contain cooling elements essential to the operation of the Death Star's main weapon and reactor core, providing additional coverage from stellar or hyperspatial radiation (which they would presumably collect if they were on the surface). 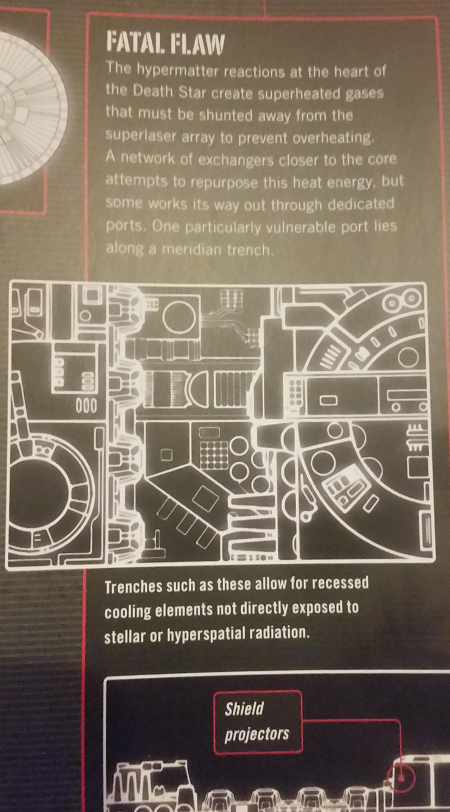 Well, by having a smooth surface, you have less resistance in space. By having a rough surface, it slows down the massive sphere more.

For the trench, it seems more like a battleground written in to the story.

Luke is racing down a trench, with no room for error, moving like lightning with a fighters around him shooting at him. Using the Force, he calmly puts a torpedo right into the exhaust port.

That to me sounds a lot like a setting element than engineering. But my earlier explanation regards the physics behind it.

60
Why Did the Rebels Have to Fly Along the Death Star Trench?