Does Sheldon Cooper exist in the Flash universe?

Warner Channel is promoting Flash/Big Bang Theory in a commercial in which Cisco and Sheldon seem to have a mutual admiration thing going on.

As you can see in the photos below, Carlos Valdez is wearing 2 of the 4 t-shirts Warner shows in the commercial. The first one shows Cisco wearing the “Bazinga” t-shirt side-by-side with Sheldon wearing one of his many Flash t-shirts. 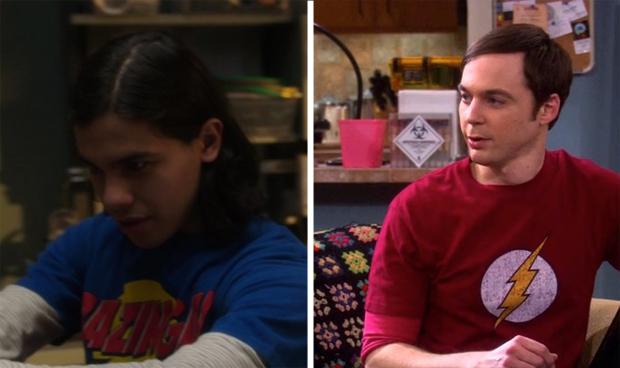 In the second, Cisco has his “This is my spot” shirt on. 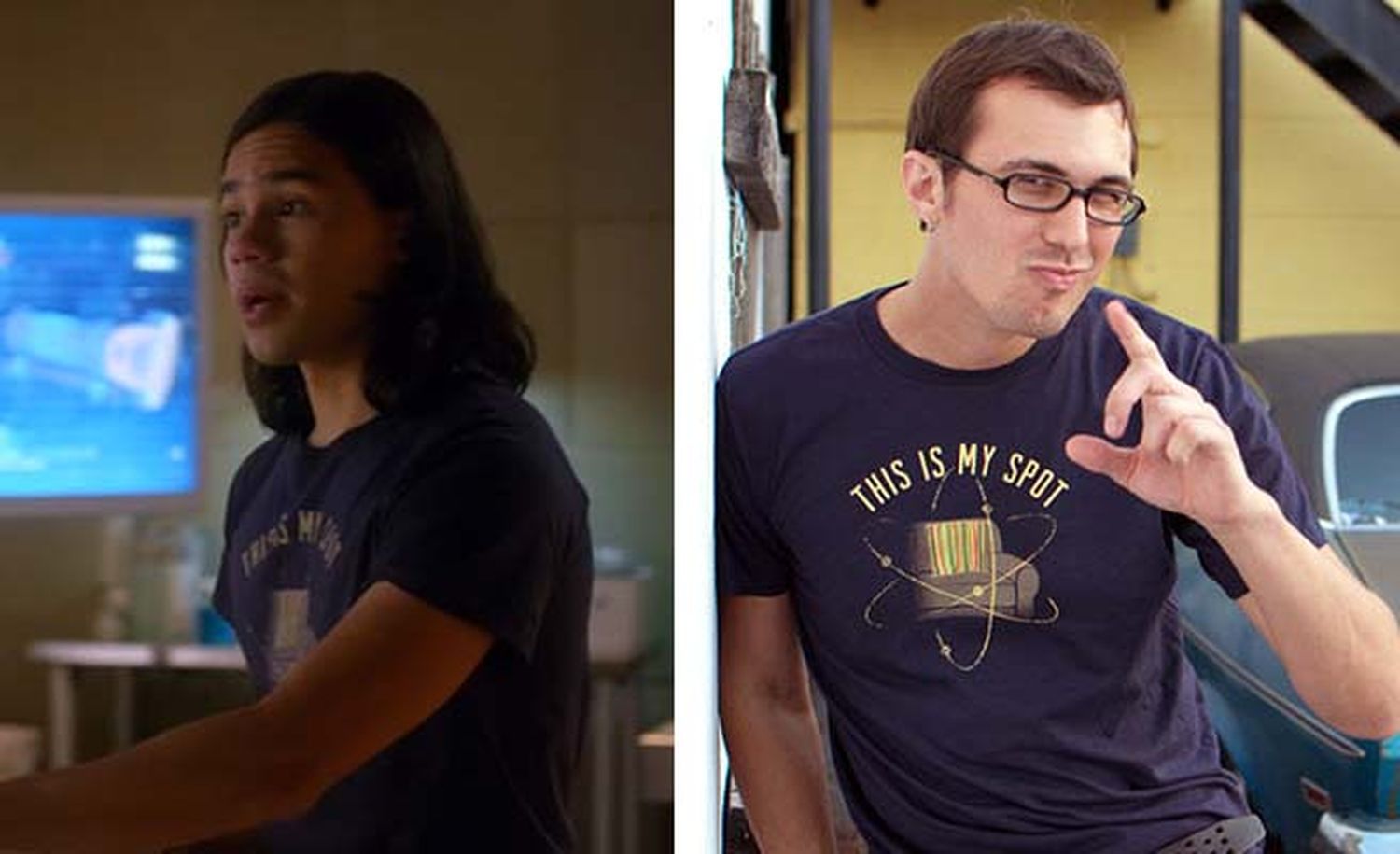 Do Sheldon and the Big Bang Theory exist in the Flash universe?

Most likely, yes, Big Bang Theory, as a fictional television show, exists in the Arrowverse.

On the show, Cisco often makes pop culture references to television shows, movies, etc. that really exist. He particularly likes to name-drop "geek" shows, and Big Bang Theory likes to pretend that it's a show that geeks like. His fellow Earth-1 geeks typically recognize his references, while the Earth-2 people often don't. This implies that Earth-1 has many of the same TV shows we do.

Note that Cisco has also worn a number of shirts from Adventure Time and at least one that I believe was a Doctor Who reference, so it would be entirely in character for him to wear The Big Bang Theory shirts as well.

On a side-note: I doubt that Sheldon's shirt is meant to be a reference to Flash in the CW, though I suppose it's possible. Sheldon wears geek shirts all the time, and The Flash is a pretty well-known DC comics character. It may actually be a reference to the older Flash TV show, as that would be completely in-character for Sheldon.

In the TBBT episode "The Commitment Determination", Sheldon asks Amy whether he should watch the new Flash television series making Amy very angry. This may suggest that In TBBT universe Flash is a show and in Arroverse TBBT is a show

Not the answer you're looking for? Browse other questions tagged dc arrowverse the-flash-2014 the-big-bang-theory or ask your own question.

4
How can the Flash stay on the ground?
4
Can The Flash turn off his powers?
9
Dr. Wells and Mirakuru in The Flash and Arrow Universe
5
Which Time Travel theory does The Flash follow?
6
How can The Flash still exist, given the events of the last episode of season 1?
3
Does The Flash age?
3
Why does Zoom need the Flash, when he has another?
1
Understanding the timeline of The Flash Season 1