How does Deadpool escape his torture chamber?

In the incredible Deadpool movie, we get to see how Wade Wilson becomes Deadpool. For the final stage of his transformation, he is fastened into a glass/metal chamber by his neck, arms, and I assume legs as well. Once he mutates, he attempts to escape the chamber by igniting the oxygen supply (which btw, doesn't work because oxygen is not a fuel, it is only an oxidizer, but I won't get into that). He successfully leaves the chamber, before losing a fight and remaining to burn with the entire facility.

I am wondering how he ever escaped the chamber? The glass seemed pretty thick and he was fastened in pretty well. I thought well maybe he broke out, but that's probably not true, because those chambers were designed to hold even stronger mutants like Angel Dust. Plus, if he was strong enough to break out, why cause the fire in the first place? Just break out and breach the part of the lab where Francis is.

Then I thought maybe some debris broke his chamber and he escaped. However, this is also unlikely because the debris would not just randomly break through and cut his straps without taking pieces of his body (he seemed to be whole when he got out, and his regen isn't very fast). Also, if debris could break it then other mutants should have been able to get out and it's likely they would have attacked Francis.

Based on the leaked shooting script, the explosion destroyed the "Punch Bowl" torture chamber. 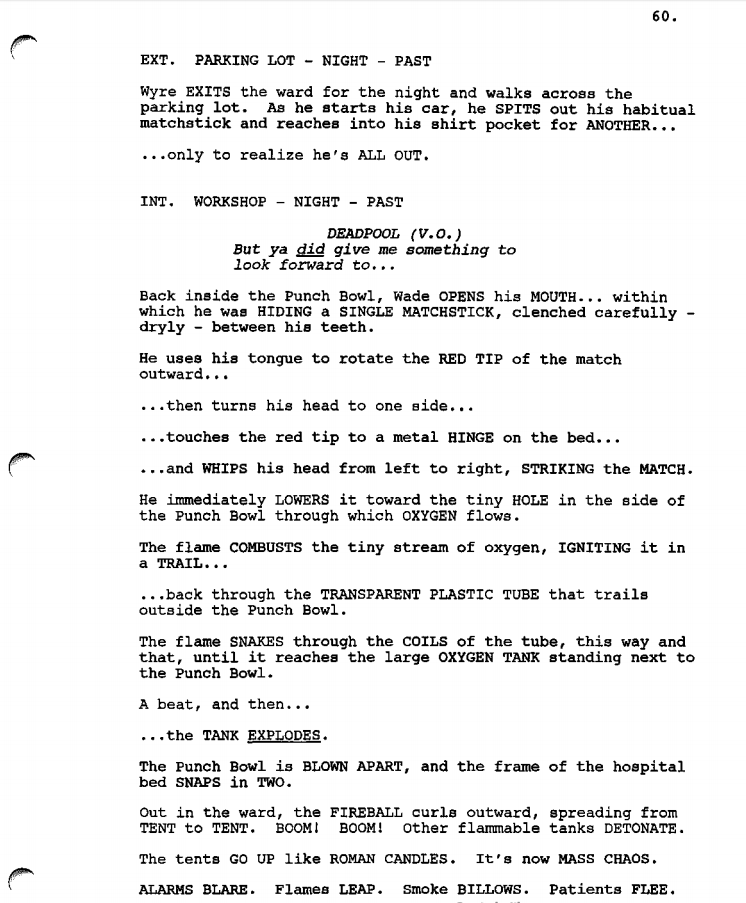 ...the TANK EXPLODES.
The Punch Bowl is BLOWN APART, and the frame of the hospital bed SNAPS in TWO.

It doesn't explicitly say "blown apart because of the explosion", but it seems pretty clear that was the intent.

For completeness, the leaked script is not identical to the final movie, but as far as I know there were no major changes to this particular scene. The most significant change that's relevant to this question is that the movie includes a shot of Ajax turning to see the chamber broken and empty before Deadpool attacks him. 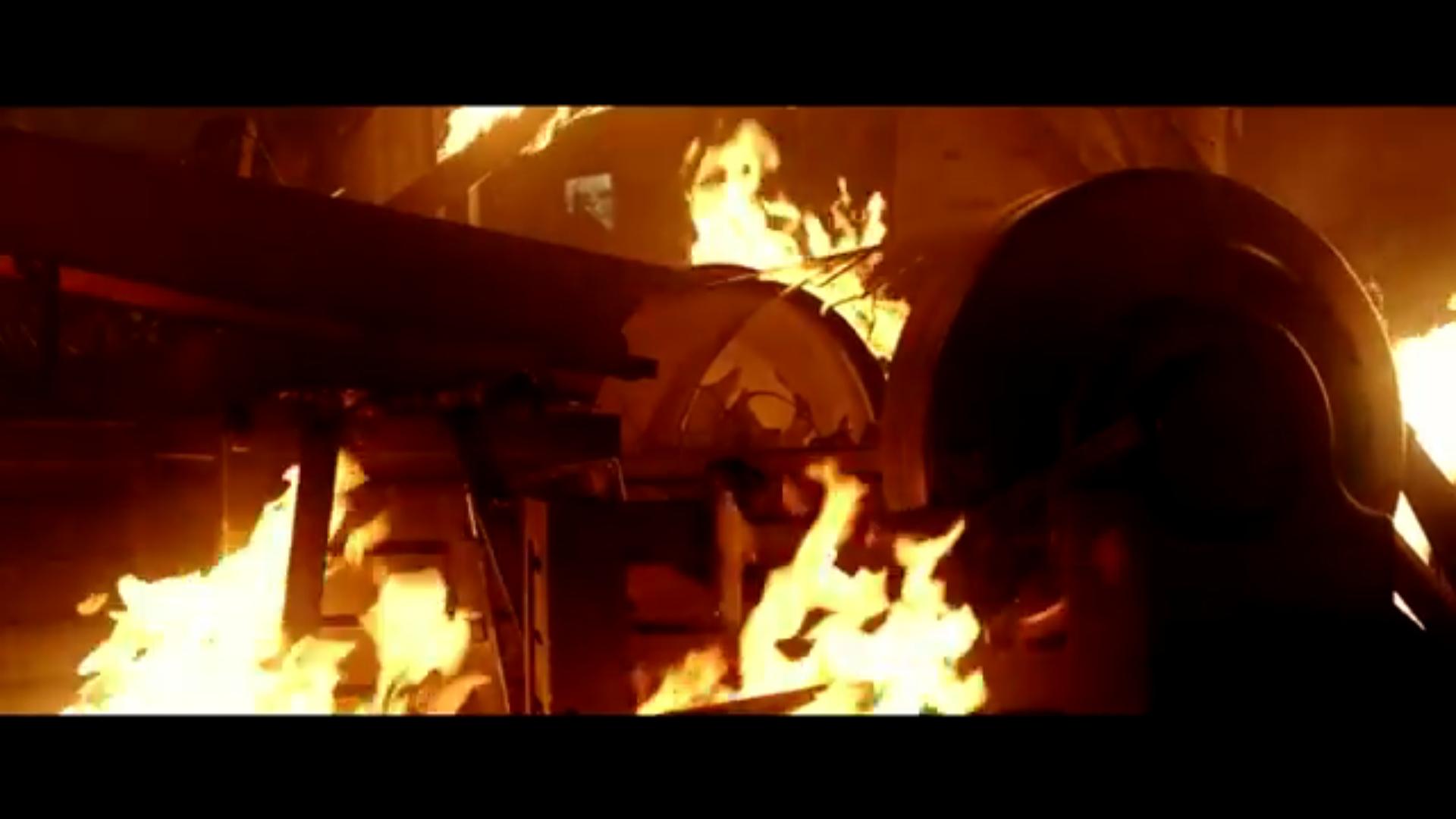 At the very least, this proves that in the final movie Deadpool got himself out of the chamber after the glass was broken. It's conceivable that Deadpool had to break the glass himself after the explosion, but I don't know of any reason to believe the explosion didn't break it.

The cast/director commentary track for Deadpool indicates that the match was the sole means of his escape:

Reese: I like the fact that you got out by virtue of this match. I think a lot of times, as screenwriter you're trying to get your protagonist locked into a box, and then figure out how to get them out in a way that's not totally obvious. And we planted that match in the mouth of Angel Dust, always with the intent of having it be the device that Wade used to get out of the Punch Bowl. That's kind of cool.

Reynolds: Yeah, I always loved that too. That was a nice plant pay-off as you call it.

As you can see, the Punch Bowl impacts the floor at at least 50fps, propelled by the force of the explosion. It's quite reasonable to assume that the restraints would break when combined with Wade's weight and the pressure that he's exerting on them. Additionally, the flames and the explosion itself could have damaged the leather straps or the buckles.

12
What are the differences between the Deadpool movie and the leaked script?

26
How does the new Deadpool movie relate to X-Men Origins: Wolverine?
6
Who was the person Deadpool was sharing his "bucket list" with?
4
Which X-Men timeline does Deadpool belong to (post X-Men movies)
10
How did the producers of Deadpool get away with digs at the studio?
36
Why does Ajax keep asking Deadpool to say his name?
3
Does Deadpool ever need surgery?
3
Does Deadpool feel pain in the Deadpool movie
7
How long was Deadpool at The Workshop?
20
How was this character allowed to keep his helmet in Deadpool 2?