Did Tyrion use all the Wildfire?

A ways back now, during the War of the Five Kings, Stannis tried to take Kings Landing by invading through Blackwater Bay. This plan was foiled by Tyrion finding out about the caches of wildfire underneath the city and using them to burn Stannis' fleet.

Did Tyrion use the entire cache of wildfire for this event?

Cersei will not be able to have a trial by combat, so she needs a way out. One theory is that she will burn down the Great Sept. In the books Cersei burns down the Tower of the Hand, so there is precedence for her burning buildings. This plan would need the wildfire to work, and that could have been the "rumor" Qyburn was looking into...

Answers from the show or books are welcome.

First of all we need to understand what was the extent of the said plot.

Aerys II had placed wildfire caches on all key positions of the city which primarily included the city gates, Red Keep, Great Sept of Baelor and Dragonpit.

No one except chosen members of the Pyromancers, King Aerys & Jaime Lannister knew about it. Lord Chelsted came to suspect the plot and was burnt for trying to dissuade Aerys from using it.

Jaime later killed Aerys, Rosart, Garigus, Belis and other pyromancers involved in the plot but he never asked them about the locations of the said caches.

“When I came on Rossart, he was dressed as a common man-at-arms, hurrying to a postern gate. I slew him first. Then I slew Aerys, before he could find someone else to carry his message to the pyromancers. Days later, I hunted down the others and slew them as well. Belis offered me gold, and Garigus wept for mercy. Well, a sword’s more merciful than fire, but I don’t think Garigus much appreciated the kindness I showed him.”

This means among the living people, except Jaime and Brienne no one has a clue about this last madness of King Aerys.

Later, Tyrion found out only the cache beneath the dragonpit. That means, the other caches are still soundly in place.

“This cannot be true,” said Tyrion as he pored over the ledgers. “Almost thirteen thousand jars? Do you take me for a fool? I’m not about to pay the king’s gold for empty jars and pots of sewage sealed with wax, I warn you.”

“No, no,” Hallyne squeaked, “the sums are accurate, I swear. We have been, hmmm, most fortunate, my lord Hand. Another cache of Lord Rossart’s was found, more than three hundred jars. Under the Dragonpit! Some whores have been using the ruins to entertain their patrons, and one of them fell through a patch of rotted floor into a cellar. When he felt the jars, he mistook them for wine. He was so drunk he broke the seal and drank some.”

But this quote uses the word another. Which means some of the caches were discovered previously, of which we do not know about. Nevertheless, it is safe to assume that most of the caches will be intact.

Other than that, there is also another intriguing thing. How much did Varys know? His little birds must have observed pyromancers coming and going. If that was enough to make a man like Lord Chelsted suspicious, surely Varys must have been so as well. Later, we know Varys knows many of the secrets of the red keep including secret passages. He might have discovered some of those caches beneath the palace himself.

Tyrion appears to have used all of the wildfire he found for the Battle of Blackwater. However, it appears as though he didn't find all of the caches of wildfire that Aerys had hid around the city as @Aegon's answer explores in more detail.

In Season 6 Episode 10, "The Winds of Winter", Cersei and Qyburn use some wildfire to create some nice fireworks for the amusement of the residents of Flea Bottom. 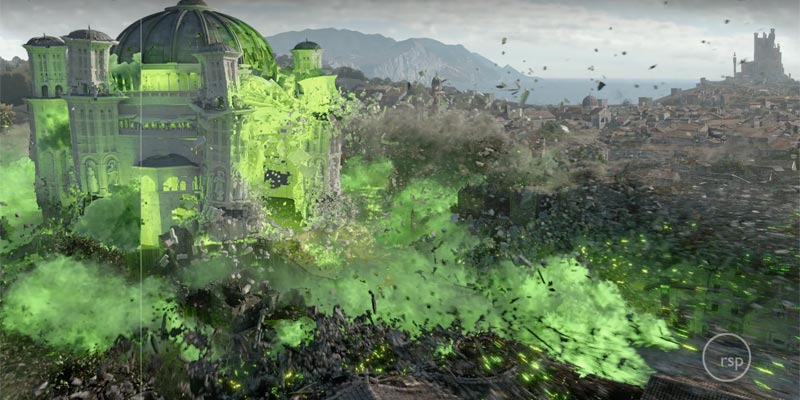 This is actually alluded to in episode 8 with Qyburn and Cersei having the following conversation.

Qyburn: Your Grace...that old rumor you told me about. My little birds investigated.
Cersei: And? Was it just a rumor or something more?
Qyburn: More. Much more.
Game of Thrones, Season 6 Episode 8, "No One"

10
Why don't other Westeros houses use wildfire?
9
So how did Cersei do it?

63
Why did Tyrion visit the Wall?
40
Why did Tyrion Lannister get his name?
3
Did Melisandre use Wildfire (ADWD)?
6
How did Tyrion find Tywin's host in the Riverlands?
22
Did Varys trust Tyrion after the events of A Storm Of Swords?
6
Why is wildfire green?
8
Why didn't anyone notice that stocks of Wildfire were very low?
6
Why did Tyrion visit his father's chambers in Season 4?
10
Why don't other Westeros houses use wildfire?