What can Lyta do?

On Babylon 5, Lyta Alexander is a telepath. She introduces herself as a P5, but

is later modified by the Vorlons, who greatly increase her telepathic ability. This makes her at least a match for a psi-cop, if not stronger.

As the show progresses, Lyta displays a number of different powers, including

What powers do we see Lyta display on the show? Are any of these powers unique to Lyta? Is she stronger than Mr. Bester?

...take over every person in the Zocalo...

...disable a Shadow vessel on her own...

...destroy the Shadow homeworld via telepathic triggering of its self-destruction failsafes... 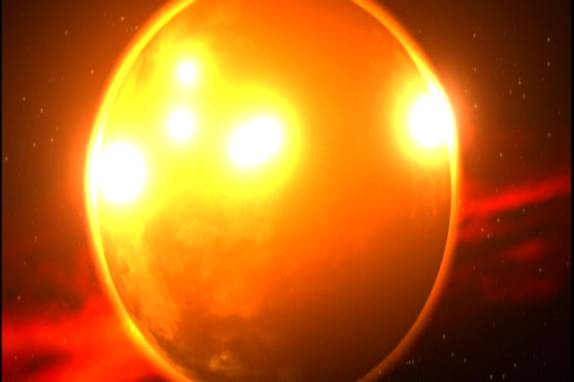 and she even removed Bester's mental block on Garibaldi.

Lyta is the ultimate telepath in Babylon 5 (except possibly Jason Ironheart), and is far beyond Bester or any other known telepath -- as Valorum noted, Bester rated her above a P12, the highest classification in the Psi Corp. As Lyta described in Wheel of Fire, she was essentially a Vorlon doomsday weapon.

Something unique to Lyta is that she no longer requires a LoS (line of sight) between her and her target(s). This is first seen in the season 4 penultimate episode when, from Mars, she's able to activate, and awaken the Shadow-infected telepaths on board the destroyers orbiting Mars.

While Lyta hasn't yet shown true manifestations of telekinesis, she can simulate it. During Season 5 when Bester released the Psi-Hounds to go after Byron's telepaths, she telepathically pushed the nerve endings [numerous times] so it made it seem she was telekinetically slapping them. When Bester asked if it was truly telekinesis, she answered in a roundabout way by saying, she might "push the nerve endings too far and burst a blood vessel".

Lyta could also broadcast thoughts at a mass-level. When she and Bryon had sex for the first time, she was able to broadcast all of her experiences, not only to Bryon, but to all of Bryon's telepaths there were within range. This seems to be a unique phenomenon as [when Talia was explaining telepathic love making to Sinclair] thoughts are usually shared between the two telepaths in the intimate act.

Towards the end of Season 5, Lyta had developed actual telekinesis [or rather was now displaying it openly], as she was able to telekinetically disable the camera in her cell after she was arrested. During that episode, Lyta is also able to resonate white psionic energy through her eyes, which is also unique to her.

22
What happened to Mr. Morden's Family?
9
What are the principles of sentient life?
5
What defines a sector or a quadrant?
5
What is the trigger for a Shadow War?
5
What did Trakis put on Londo?
26
So what are technomages?
1
How can civil war break out in Minbar, given that a Minbari does not kill another Minbari?
2
Why didn't Lyta Alexander offer her services to the aliens when she ran out of money after the Shadow War?
4
Can Kosh see the future?