What is Deadpool's typical weapon set?

In the film, we see two extremes - he either has basically no weapons other than his swords and one gun (in-universe, because he forgets the bags, out of universe because the studio was too cheap for a shootout scene). Or, he has a bagful of guns, on top of his two swords.

What is his typical set of weapons that he carries in the comics?

Comic Deadpool is generally depicted as having two swords (sometimes just the one, but usually two) and a varying number of firearms. The most common seem to be:

He also has access to other weapons, but these are very situational or specific to certain fights, so aren't very common. Stuff like Assault Rifles, Shotguns, Rocket Launchers etc. He's extremely proficient with weapons of all kinds, including hand-to-hand (He was a badass Mercenary/Bounty Hunter before he even got powers).

Personally, whenever I picture Deadpool he's got two katanas strapped to his back and two semi-automatic pistols holstered at his hips. 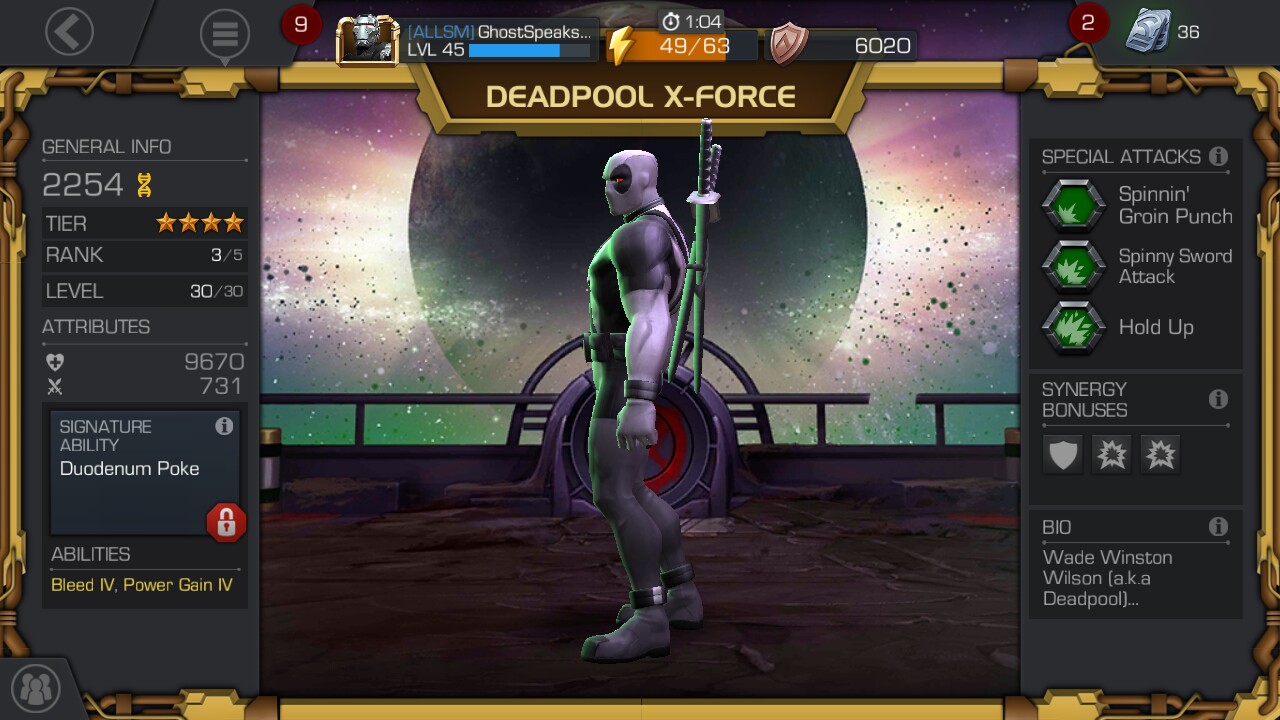 5
Deadpool's Inner Voice
0
What are the origins of Deadpool's healing ability?
27
What happens to Deadpool's severed limbs?
3
What is Deadpool's sexual orientation?
4
I can't remember the name of a character in Marvel Comics (anti-hero)
7
What are Deadpool's Katanas made of?
12
Is Deadpool's mother named Martha?
6
â€śWe who are about to die!â€ť â€” Who owns Marvel Comics Earth-1287?