Can you hide your face from a facehugger?

I think I found a flaw to the alien franchise. As the other day I was wondering if you can just cover your face against a wall or your arms? I mean if you've been cocooned then you can't move your head so your doomed there but if you just hide your face the facehugger can't get you.

"Turning to face a wall" isn't going to do jack squiddly against a facehugger. They're literally built to hug your face and plant eggs in your chest, and nothing you can do as a lone human is going to prevent that once they've jumped at you.

Their little ovipositor (Egg Injector) secretes a kind of acidic substance that allows them to pierce pretty much any material. It got through Kane's helmet, after all. So if they wanted, they could probably just make a new hole at the back of your head after you've turned around.

Best defence against a facehugger if you're by yourself is to have a shotgun or a flamethrower in your hands and blast every last one that thinks you're a good place to start a hatchery.

It's hard to say for sure, but in Aliens at least, it takes the combined effort of 4 adults (3 of which are marines, 1 of which is Vasquez. Although arguably, Ripley might not be giving it her all), to pry a facehugger off Ripley. 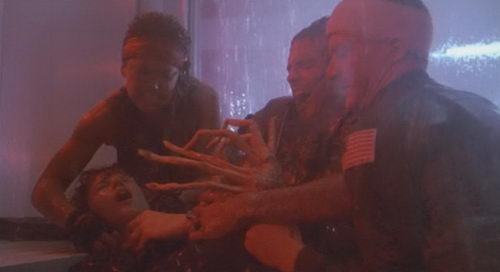 We'd have to assume they are very strong creatures and so facing a wall or covering your face with your arms probably wouldn't be adequate protection.

And like Mikey Mouse points out in the comment below, their first job is really to choke you unconscious. After you pass out, it doesn't really matter what direction your facing.

That's like saying that I can't punch you in the face if you're looking the other way. Technically true, but unlikely to be of any practical help.

However, to answer the original question, in the Aliens: Berserker comic, a team of alien removal specialists use special anti-facehugger masks, which allows someone to get taken alive for impregnation, and thus reveal the location of the hive. 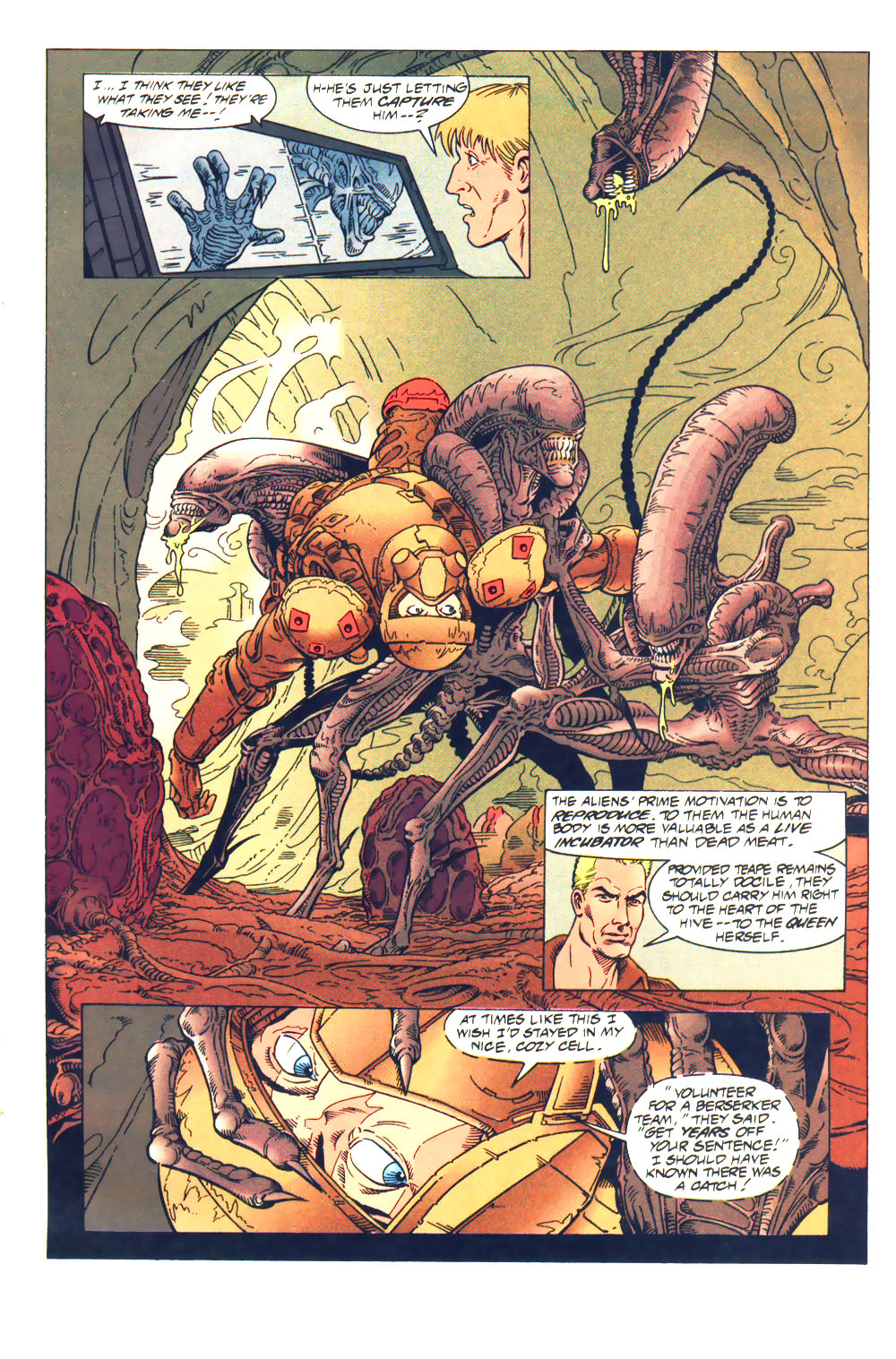 Facehuggers have a variety of ways of giving you a face full of alien wing-wong.

As we see in most movies, the prefer to attack by surprise, are extremely fast and are capable of very long jumps, leaving you with no time to turn away.

They also seem to strike the neck of their victim (as seen in Aliens and AVP), throttling them into near unconsciousness before settling onto the face of their victim.

As we see in Alien they are also capable of secreting acid capable of melting through a very thick looking space helmet, so covering your face with your arms might not be a good idea.

In some of the expanded universe material, such as Earth War, one character remarks that he's even seen facehuggers take down adult lions.

It wouldn't work. Their design (strength, agility and process) is to subdue first on contact and use as an incubator when successful. Short of killing them, what would work is figuring out how they aim, and either give them a false target (a clay head? ballistic gel? mirror? hologram?) or be somewhere they can't get to. (so, be an unreachable/invisible target)

For example, live on a planet while they are stuck in a star's gravitational pull. They won't get near you.

Bishop said in Aliens, that as soon as the alien had planted the embryo, the blood of the facehugger quickly oxidizes and the creature dies. Since many types of glass won't melt with acid, and seeing that it's very difficult to remove one of those organisms, once attached, why not use a syringe with a glass needle (glass that is tempered to their acidity) and inject an oxidizing agent? Even a strong base to neutralize the acid blood and thereby killing the creature before it finishes the gestation period. Then you pull it off and see if you can extract the embryo before it matures. I also wonder what localized liquid nitrogen would do to their tissue?

Well, how about using an ape suit? They're canon:

The Apesuit is a specialized armored suit, used by both the United States Colonial Marine Corps and Weyland-Yutani combat personnel. The suit effectively protects the wearer from the hazardous effects of Xenomorph acidic blood.

[...] it additionally protects the wearer from Facehugger attacks as long as they are not comatose, as the Facehugger will then have time to pry the suit's mask off and gain access to the victim within. The Apesuits in this game are considerably bulkier than those seen previously.

You could, but the tail would choke you out until you lost consciousness, and then the fingers, which are apparently very strong, would clamp onto your head and not let go. That nasty tube would be down your throat before you knew it.

1
Can facehuggers be tricked?

11
Can't you just bite off a face hugger?
11
Can a man be attacked by facehugger twice?
40
Is the Xenomorph life cycle based on the life cycle of a real world species?
1
Can facehuggers be tricked?