Why does Hellboy have an oversized arm made of stone?

In the first Hellboy movie, Rasputin uses some sort of large device on his arm to open the portal from which Hellboy appears. When Hellboy shows up, he has an oversized arm. Is it somehow related to the device Rasputin used? I'm hoping someone can pull up an answer from the comic books, since I've seen both of the live action films several times and haven't found the answer there.

The artifact is called the Right Hand of Doom, and is believed to be the right hand of a spiritual being known as Anum. The hand is the artifact that supposedly created the dragon Ogdru Jahad. After binding the dragon, Anum was slain and destroyed except for his right hand. The hand was kept safe and hidden since it possessed powers capable of destroying the world.

The hand is considered to be a key or catalyst for the event called Ragnarok, and that Hellboy was not necessarily required for the key to be used. Hellboy is convinced that the key will remain harmless as long as it is with him, so he is determined to protect the key from misuse.

Sorry to give you a straight wiki answer.. but it's there:

As revealed in the graphic novel collection Strange Places, the Right Hand of Doom was formerly the right hand of Anum, one of the "greater spirits" that watched over the burgeoning Earth, and the hand the spirit used to create the dragon Ogdru Jahad. With that same hand, he bound the dragon, but then his fellow spirits turned upon him for his deeds, and destroyed him utterly – save for his right hand, which was kept and preserved by many races throughout history, including the first race of man. As the hand which created and bound the Ogdru Jahad, it is also the key which will "loose and command" them; in other words, it is a catalyst that will bring about Ragnarok. The comic books themselves never mention how the Right Hand of Doom would actually perform these tasks; it is only ever announced that this is the case and that someone or something intends to do it with or without Hellboy's consent. The film shows it working like a key; being turned twice in a special obelisk secured by Rasputin would release the Ogdru Jahad. It is made clear that it is not even necessary for the arm to be attached to Hellboy at all; even on its own it would perform its tasks. It has been suggested that if Hellboy dies while the Hand is attached to him, it would become useless. He has thus come to the conclusion that the only way to prevent it falling into the wrong hands is to keep and protect it.

There are more details available on the Hellboy Wiki.

Hellboy was not born with his stone arm. At birth, his normal arm was cut off and replaced. This is shown in Hellboy in Hell #3. The specifics of the arm's power and history are detailed in the other answers, so I won't repeat them here. 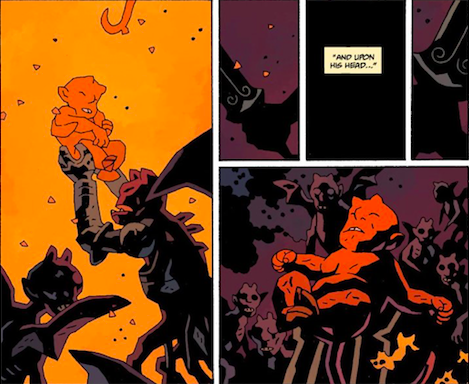 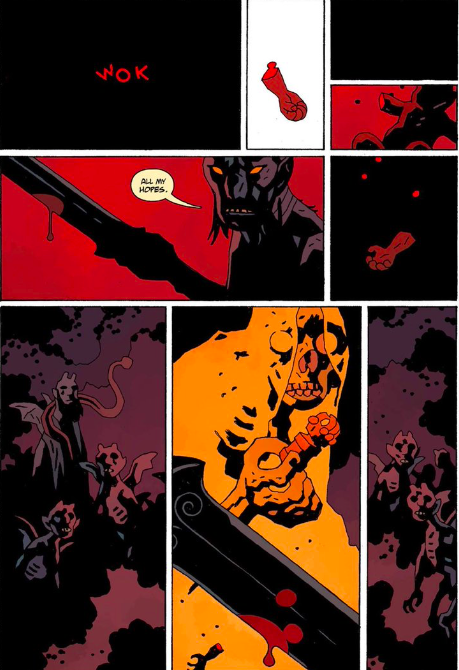 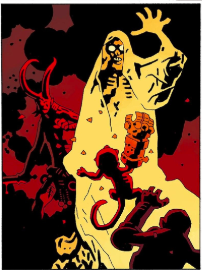 In the comic, Rasputin actually has two special gloves, and they aren't quite as big as they are in the film. 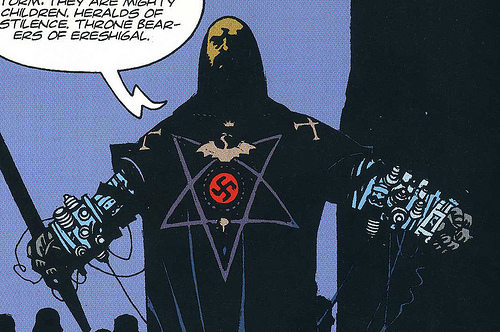 The visual similarities seem to be coincidental, as no direct connection between the arm and the gloves is ever brought up.