Does Yoshi have a Saddle or a Shell on his back? 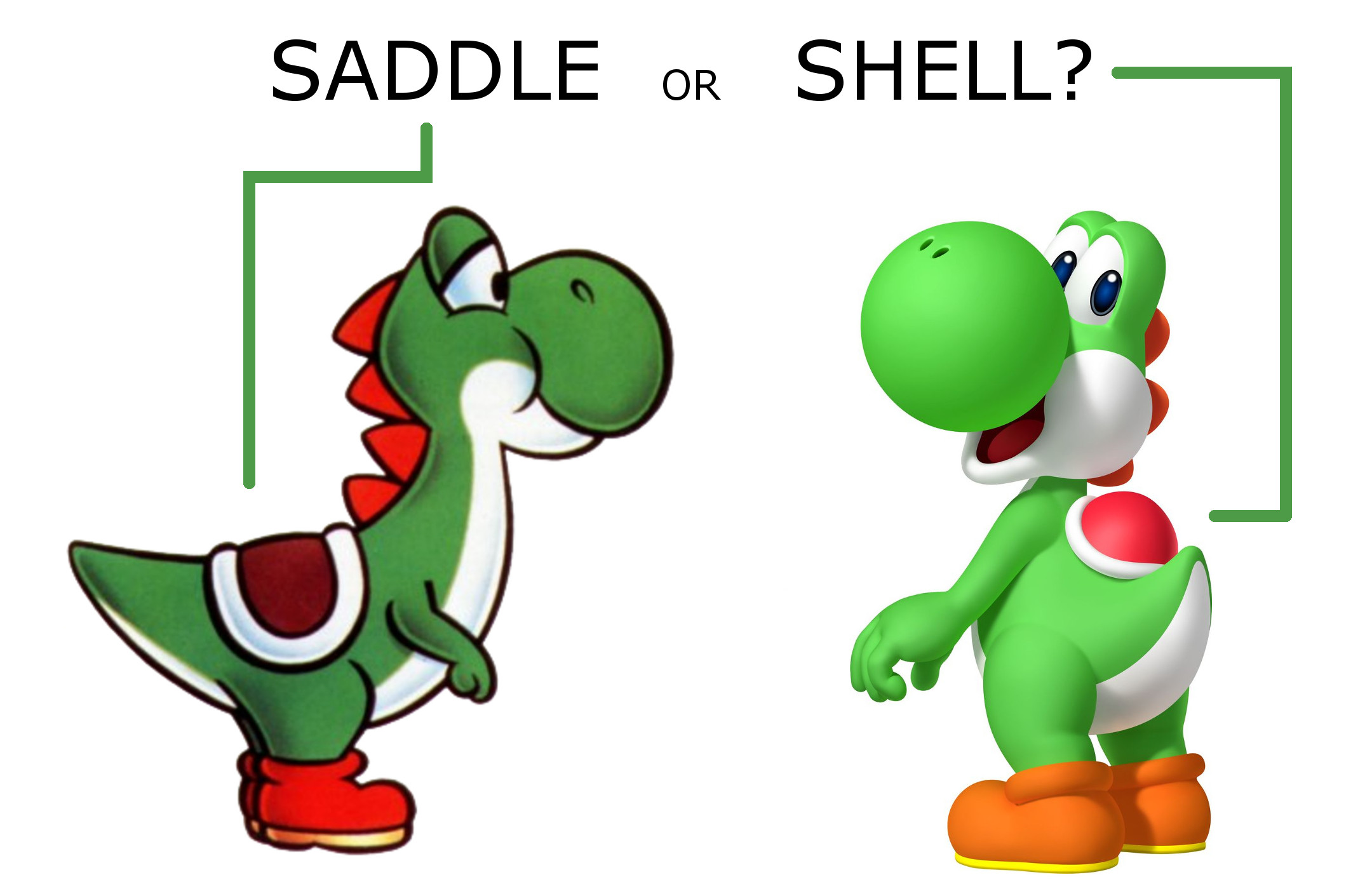 In most older incarnations of yoshi, he had what appeared to be a saddle on his back, which mario would ride on in games like Super Mario World. Now newer 3d renditions show this to actually be a red shell. Do we know for sure whether it was ment to be a saddle or a shell?

According to Super Mario History, it's a saddle that was originally a shell during development.

Yoshi was originally supposed to be a type of Koopa. That saddle you see on his back was actually his shell. - Takashi Tezuka

The official German Club Nintendo magazine apparently also refered to it as a saddle, but I can't confirm it.

He's wearing jump boots and he has a saddle on his back. He's green and very hungry. He's a dinosaur and Mario's best friend. He's good, because he's YOSHI!!!

Not the answer you're looking for? Browse other questions tagged super-mario-brothers or ask your own question.

35
Does Mario actually like mushrooms?
21
Where do Koopa Paratroopa wings come from?
4
Are different Yoshi colors more rare in Super Mario?
11
Does Bowser Jr. have a mom, and if so, who is she?