In the 1987 Robocop movie, Alex Murphy was shot by some gangsters.

When OCP was making Robocop using Alex Murphy's body, was Alex Murphy still alive, or did OCP use his dead body to make Robocop?

When the doctors are operating on him, the line is

Surgeon #1 - I'm calling it [medical slang for declaring the time of death].

He felt cold grease on his chest. A surge of electricity slammed into his muscles. There was the ferret-faced thug.

“Hit him again!” someone screamed. A sudden jolt conjured up the face of the Asian hit man. Another jolt. The farmboy. And another. The black man. And another. The high-foreheaded clown who blew his hand to shreds. His killers. He bade farewell to them all. Only blackness filled his life, now. A void.

“That’s it. He’s gone,” he heard someone say from another planet.

We see later see in the film that he was officially declared dead by the State. He had a funeral and his widow was provided with a pension.

and this from the film's original script

If you take the later TV series as canon, we actually see his body in the DPD morgue 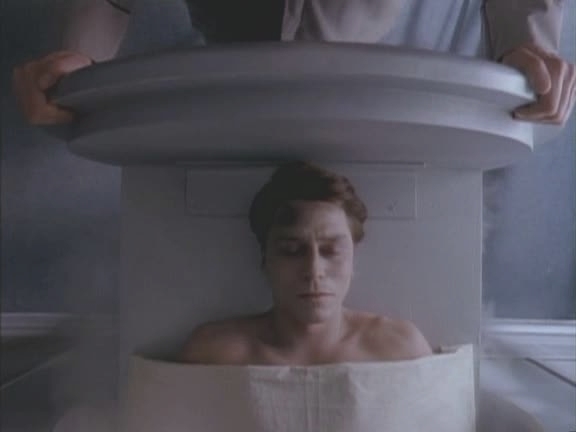 I think that Murphy's body is gone. They used his face to honor him, says Robocop in the film Robocop 2. However, I think they used his face because they used his brain. It makes sense that if they used his brain in the creation of Robocop, they would use the face that used that brain, i.e. Murphy. So in my book, Murphy lives on in Robocop. The reason Robocop says (while gesturing his face), "They did this to honor him," is because he doesn't want to hurt his wife anymore, knowing that her husband is still alive, but never coming home because he works 24/7. Anyway, that's my take on it.

19
Was Officer Lewis originally planned to become a RoboCop?
25
Was the lower half of Robocop's face vulnerable (to gunfire)?
3
In the new Robocop (2014) film, is Alex Murphy in control of himself as Robocop?
7
Was Novak an Omnicorp shill?
20
How many human body parts are inside Robocop?
6
Who entered the Directive 4?
15
Was Officer Alex Murphy medically murdered?