I became aware of the character Angela because she appears in the game Avengers Alliance 2.

Out of curiosity, I did some research into her background, and found it to be somewhat novel. She was originally a character in the Spawn comics published by Image Comics, co-created by Todd McFarlane and Neil Gaiman. She was an angel sent by heaven to fight Spawn, or something along those lines.

Then, when Gaiman joined Marvel Comics, he brought Angela with him. She has now appeared in Marvel comics, starting with the 2013 story Age of Ultron. Apparently, she is now the long lost sister of Thor, raised by angels in a secret tenth realm called "Heven".

However, it looks like that Age of Ultron storyline was set in two alternate universes: Earth-61112 and Earth-26111.

My question is, does Angela exist in any of the main Marvel universes, and are the events of the Spawn comics in any way part of the canon of the universes that she is in?

Yes, Angela (real name: Aldrif Odinsdottir) does exist in the 616 Universe, the main Marvel Comics continuity. A list of appearances can be seen here.

For example, Guardians of the Galaxy Vol. 2: Angela: 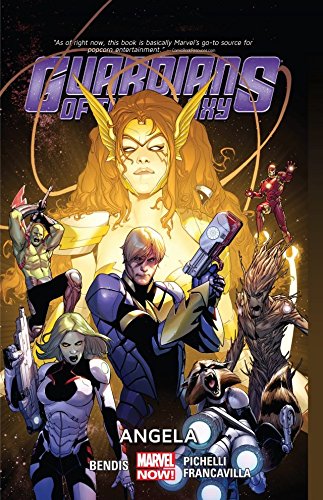 However, there is no indication that she is in anyway the same character as the one appearing in Spawn. In addition to having completely different backstories, the original Angela

Not the answer you're looking for? Browse other questions tagged marvel spawn or ask your own question.

20
In the prequel trilogy, are we (the audience) intended to know Palpatine's true identity?

13
How old is Kitty Pryde in Earth 616?
16
How did Secret Wars fit into regular comics continuity?
0
Do the three X-mansions in the X-Men franchise count as a continuity error?
2
Which continuity does the 2015 Amazing Spider-Man comic take part in?
10
Does "Logan" have continuity with X-men movies? Which ones?
3
Can Someone Explain the Continuity and Death Infinity Stones Recently Introduced?
4
Continuity of characters and timeline in comics during crossovers
2
Do we know anything about DareDevil's (Matt Murdock's) Mother from the comics continuity?