Where did Ronan Dex get his pistol?

Throughout the Stargate Altantis series, the badest-ass weapon on screen was arguably Ronan's powerful gun. 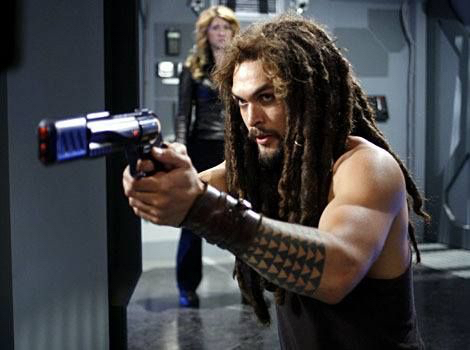 Where and how did Ronan get his iconic pistol?

While we never find out the backstory of HOW Ronan got his Particle Magnum, we do know that it is a standard sidearm of the Travellers and is manufactured by them. The most likely scenario is that some point after he was released as a runner, he by chance came across some travellers during one of the incredibly rare occurrences where they land in order to gather more supplies.

Scenario 1: Shortly after he meets the Travellers, the Wraith show up, attacking them. The Travellers throw him a Particle Magnum to defend himself with, and after they kill the hunting party, the Travellers allow Ronan to keep the Magnum when they part ways.

Scenario 2: The Travellers associate him with the Wraith, being a runner, and start an altercation. Ronan defends himself, knocking out/killing the Travellers. He helps himself to the spoils, including a Particle Magnum.

I find it's best that we don't have a proper backstory for that particular weapon. That way, everyone can come up with their own ideas, much like the Joker's scars. Personally I like scenario 1. It seems the most likely and paints Ronan is a positive light. He also gets to kill Wraith.

11
How do SG teams know how to get home?
17
How do the Replicators get to the Asgard galaxy?
14
Can Ronan Dex be fed upon by a Wraith (possible plot hole)?
7
Is it impossible for Earth Stargate be modded to dial all Stargates?
13
Why did Dr. Weir (Torri Higginson) leave Stargate: Atlantis?
8
Where Did the Atlantis Gate Address Come From?
9
How deep does a Stargate need to be buried in order to deter its use?
6
How was the full address for Atlantis discovered?
4
How did Arthurian Legends get to Earth?
5
How did Jennifer Keller become infected with the alien pathogen from M2S-445?