Are there any actors besides Sean Bean who were in both Game of Thrones and The Lord of the Rings?

I'm a big fan of both Game of Thrones TV show and The Lord of the Rings movie trilogy and I really want to know if there is any actors who appeared in both of them, because I haven't noticed anyone except for Sean Bean, who played Eddard 'Ned' Stark in GoT and Boromir in LOTR.

No. IMDb has a feature that lets you check for people credited in two separate productions. Sean Bean is the only actor that Game of Thrones and any of the Lord of the Rings movies have in common, though there are several stunts and effects people who worked on both.

GoT and Fellowship of the Ring

GoT and The Two Towers

GoT and Return of the King

As an addendum to Tooth's resourceful find:

Peter Jackson's Hobbit I and Game of Thrones

Royd Tolkien played credited characters in both an episode of Game of Thrones (GoT: Hardhome) and in the film The Lord of the Rings: The Return of the King 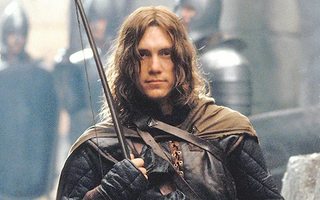 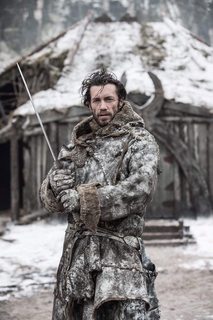 Yes, Robert Aramayo is credited as Elrond in The Rings of Power and as Young Ned in Game of Thrones.

68
Were there any jokes in the Lord of the Rings?
9
Did Tolkien ever discuss his views of heroism?
12
Who were the other riders with Ned Stark at the Tower of Joy?
5
Which speaking roles on Game of Thrones are played by non-European actors?
12
GoT season 1 prologue; why did they switch which ranger died?
11
How could Littlefinger possibly achieve his "endgame" in Game of Thrones?
11
What is the place where Will was executed?
14
Was it confirmed by anybody that an orc was modeled after Harvey Weinstein?