Why are Terminators' eyes always red?

Can anyone explain to me why hard-metal endoskeleton Terminator models always have red-colored eyes? Is this for some technical reason?

In the pilot for Terminator: The Sarah Connor Chronicles, and throughout the first season, the 'Cameron' Terminator demonstrated the ability to make her eyes glow blue.

It's worth noting that at the end of season 2, we see that her endoskeleton has classic Terminator red eyes. The show's writers claim that her (hardware) eyes were always red and that the blue glow was the result of some form of software control of the filters used in her eyes.

The T-X in Terminator 3: Rise of the Machines has blue eyes.

Interestingly, the choice of eye colour for both models seems to have been motivated (out of universe) to distinguish these anti-terminator-terminators from their classically eye-coloured brethren 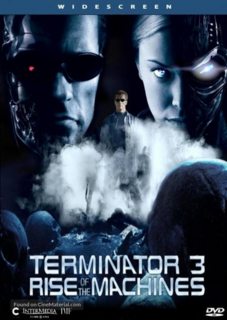 42
Why don't Terminators have perfect aim?
2
Why do Cameron and the red-headed female Terminator stop fighting when humans enter the elevator?
21
Why do dogs bark in the presence of Terminators?
22
Why does the Terminator (T-800) have a HUD?
11
Was Skynet limited in how far into the past it could send back Terminators?
6
How do Terminators speak?
9
Do the events of previous terminator movies influence the intelligence of later terminators?
8
Did the Terminator in Judgement day burn himself in this scene?