In-universe, where is Camp Crystal Lake? 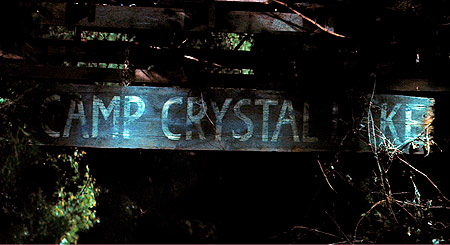 I'm trying to make travel plans for the next few years, related to a very specific set of dates. I'm trying to avoid the stomping grounds of legendary hockey-masked serial killer Jason Voorhees every time a Friday the 13th rolls around. Where are these blood-spattered stomping grounds?

The only clues I'm aware of:

Where in the United States is "Camp Crystal Lake", the place no one should ever be (but randy drunken teenagers always are) on Friday the 13th?

Note: I'm asking about the in-universe location. Feel free to also add a real world filming location, but the question is about where the camp is supposed to be within the movies.

Probably near Sussex County NJ, or its fictional equivalent

The inspiration for the original Friday the 13th film is Crystal Lake, located about 7 miles east of Philadelphia. The majority of NJ in that area during the late 70's and early 80's was, and still is pine forest, all stemming from the Pine Barrens of South Jersey which occupy over 1,000,000 acres of land. The lake itself is located in a NJ township called Voorhees, hence the inspiration for Jason's last name. 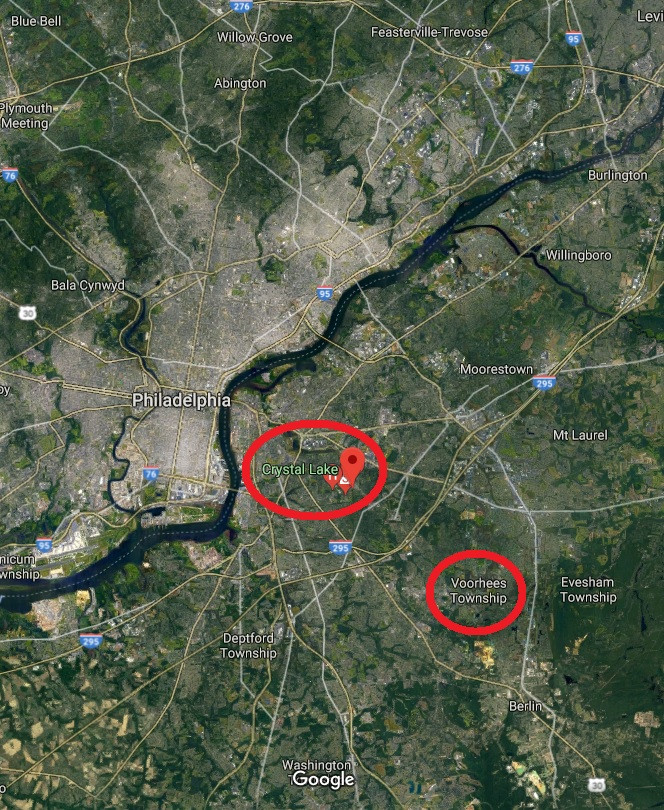 Sand Pond is the real name of the lake from the movie. It's just a bit north of Blairstown NJ. Most people don't know this.

Not the answer you're looking for? Browse other questions tagged real-location friday-the-13th or ask your own question.

21
Do the cities in the DC Universe correspond to real world cities?
13
Where is Helen Magnus' sanctuary located?
15
Where does Orphan Black take place?
6
What, where, why is San Fransokyo?
35
Where is Godric's Hollow?
1
Where was the castle in Heaven Sent?
15
Where is the napalm falling?
19
Where is Metropolis?
2
Where is Crescent Moon Bay?