In other properties, Korath and Ronan are both members of the Kree government. Korath is the founder of the Pursuer Corps, which is "similar in function to the U.S. Marshal system". Ronan is the leader of the Accuser corps, which is kind of like the judges in Judge Dredd. This makes him second in command of the interstellar Kree Empire.

In the Guardians of the Galaxy movie, Ronan's role seems similar, but Korath seems like a completely different character. I didn't realize it was Korath at first. I'm not even sure he's a Kree.

For comparison, here's the appearance of Ronan and Korath in both the comics and the Guardians of the Galaxy movie: 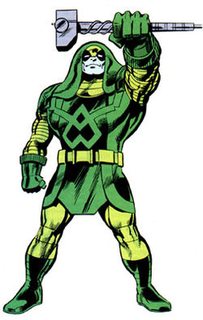 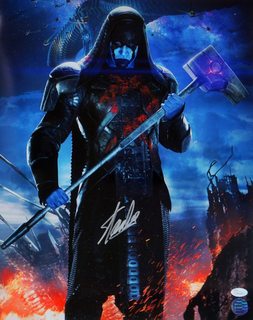 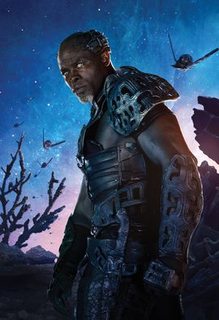 Ronan's design is pretty faithful, even if his clothes aren't green. Korath's... not so much.

So, how does the movie version of Korath differ from the comics one? Is he a Kree? Is he a Pursuer? Why is he not blue? Do kree come in that color, in either the comics or the cinematic universe?

In the final cut of the movie, it's not really clear what species Korath is a member of, but I think he was supposed to be Kree, but for whatever reason, didn't look like it. However, he is not a "Pursuer" in the movies, he's a mercenary working for Thanos, who has lent him out to Ronan.

We have only seen a handful of actual Kree in the MCU, both in the movies and in Agents of SHIELD (which is, at least at this second, still nominally part of the MCU). In every case their natural appearance was as human-looking blue-skinned beings. However, their skin color can change -- we see a Kree look human by exposing his skin to nitrogen, so it's possible that Korath's skin is a non-Kree color for some legitimate reason.

We learn more about Korath in the Guardians of the Galaxy Prelude comic book, which shows him spending his early life with Thanos (mostly training with Ronan, along side Nebula and Gamora) before being ordered to help Ronan find the Orb. Again, this doesn't help us decipher his identity very well -- he doesn't appear to be a Kree that Ronan hired from Hala, he was another kid adopted by Thanos. However, the comic explicitly calls Korath's squad (which we later see in the opening scenes of the movie) a squad of Kree. Given Ronan's extremely racist tendencies towards non-Kree, this is a pretty strong indication that Korath was, in fact, Kree himself.

In addition, the concept art for Korath that was worked up prior to his being cast shows that he was initially intended to look Kree. It was apparently not decided until production started that they wren't going to paint Djimon Hounsou's skin blue the way they were with Lee Pace. 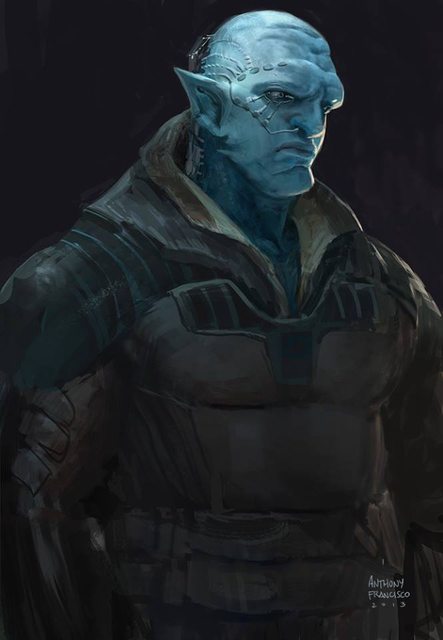 9
What is the in-universe reason for Yon-Rogg to look like a human?