Who is Wolfgang, played by Atilla Pinke, in Underworld?

The credits for Underworld list Atilla Pinke as the actor who played Wolfgang. Who is this character, or who is his actor?

The names surrounding Wolfgang in the credits are mostly vampires, with some humans. The name Atilla is apparently a Turkish variant of the Hungarian name Attila. Since Underworld was filmed in Hungary, I wonder if the actor’s name is misspelled: it’s possible that his name is Attila Pinke. He may be a Hungarian who had a non-speaking role, like Sándor Bolla, who played Rigel, and Judit Kuchta, who played Zsusza. 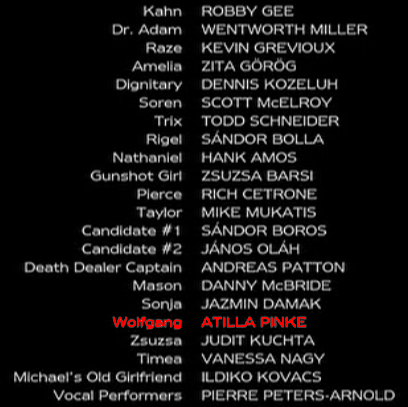 Is there a picture of the actor or the character? The Underworld Wiki speculates that the character could actually be Duncan, a vampire who spoke no lines and was never named in the film. The novelization lists his name as Duncan, but perhaps he was intended to be named Wolfgang in the film. The novelization does not mention anyone named Wolfgang.

I can’t find an official script of Underworld, but the transcripts I’ve found make no mention of “Wolfgang” or “Duncan”.

After a brief twitter conversation with Attila Pinke, I believe I've managed to narrow down his character by a simple process of elimination.

Q. I'm trying to work out who played who. What part did you play and did your character have a name?

AP: I was in the scene in a house, where the main actress is coming down the stairs at a party. The name was Wolfgang

For the record, there are no scenes where Selene (Kate Beckinsale) walks down the staircase in the mansion, I suspect that he's actually referring to Erika (Sophia Myles) who is seen on the staircase at timestamp 00:12:31. 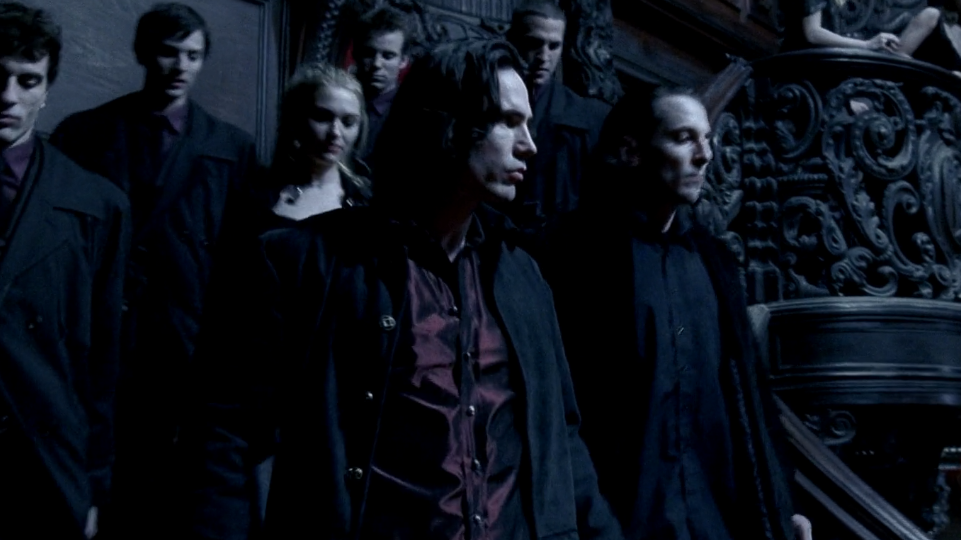 17
Is the actor for Albus Severus Potter one of the triplets who played Harry?
4
Underworld 3: Sonja carrying Lucian's baby
13
Who played the Airperson who was verbally shoved aside by McKay in “The Intruder”?
2
What edition of Underworld has Rhona Mitra retconned into it?
7
Marcus vs Viktor in Underworld
7
When did humans forget about vampires/werewolves in Underworld?
2
What is the coven structure of the Underworld franchise?
3
Which character was “The Contaminated Man” in “Day the World Ended”?