Is the only way a Symbiote can truly die, by choice?

Did Venom ever say this, and if he did, is it true? 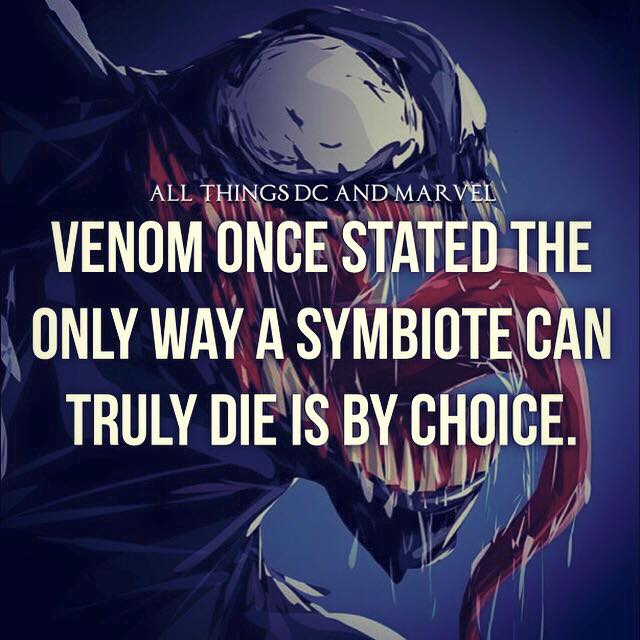 I've included the MCU tag because I know he's in Spider-Man 3, but it's been a few years since I watched it and I refuse to watch it ever again.

In Web of Spider-Man Super Special (1995), the fifth and last issue of the "Planet of the Symbiotes" arc. 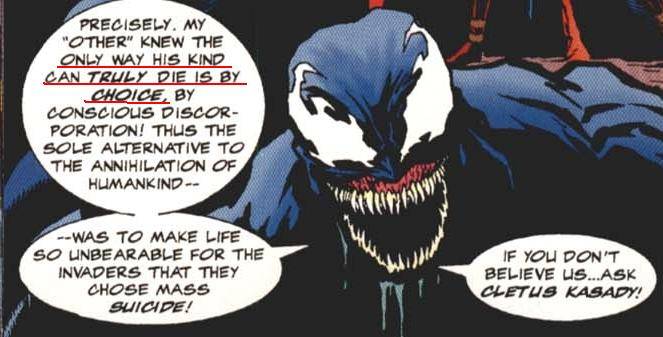 But he was certainly wrong

The nature of the Symbiotes has been subject to a number of retcons, as with most things Marvel. However, in most media Venom (and other symbiotes) can die.

For example, in Spider-Man 3, Venom was killed by a Pumpkin Bomb. 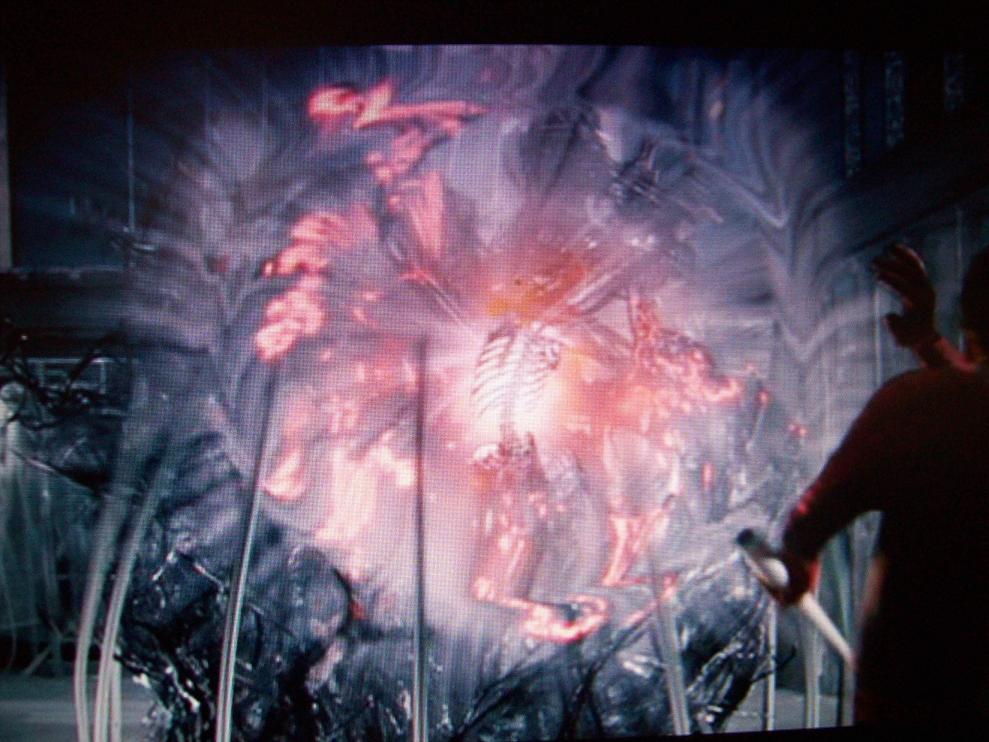 And in any continuity, it seems difficult to believe that with all the cosmic entities in the Marvel Universe—the Phoenix Force, Death, the Beyonder, Eternity, Galactus, the Fulcrum and so forth—the Symbiotes are truly invulnerable to destruction.

As the other answer states, this was said, but is very incorrect.

Other ways to kill off a symbiote that can be accomplished are:

As you will notice, the recurring theme here is destroying their particles until there is nothing left of them.

And there must be nothing left of them, to be completely sure of a dead symbiote every part of them must be dead.

Them being a bit like the "Thing" in the regard that there is no part of them "more" important on the other - you could completely incinerate a main body of a symbiote and it's host, but that tiny sliver of a tendril over there which was just severed? Could and would sliver away and after eating/assimilating enough - they recover and regain the mass they lost.

There's also how - if bonded long enough, they leave trace amounts of themselves in their host's bloodstream.

Meaning, that they can hypothetically recover from their "destruction" if a host is alive - a particular example of this being Carnage/Cletus: Red (the symbiote) having been destroyed in various ways before such as being eaten and only coming back as a result of Cletus not being destroyed.

Then there's the generational thing: All these weaknesses apply to symbiotes, but the higher the generation the more resistance they have to it, as they get stronger and adapt with each new progeny in the line.

Essentially, there are various ways to kill a symbiote - but it's still ultimately very difficult, with how adaptive and resilient they are.

Not the answer you're looking for? Browse other questions tagged marvel venom spider-man-3 or ask your own question.

4
How can the Venom symbiote live off Electro?
3
What issue is this Mary Jane monologue from?
9
Has J. Jonah Jameson ever accused Spider-Man of being a mutant?
7
When did the Marvel Cinematic Universe U.S. presidential history diverge from the real world's?
11
Why didn't the Venom Symbiote turn Peter Parker into a monster like it did with Eddy and Cassady?
8
Is Jack-O-Lantern part of the DC Universe, or the Marvel Universe?
10
Spider-Man and Fantastic 4 crossover comic with Double Identity Scene
10
Why did Miles Morales get non-spider-like powers (bio-electrokinesis and invisibility) that are vastly different from the other spider people?