According to DC Comics, could a Kryptonian and an Earthling have offspring together?

Does DC Comics ever say if it's possible for a Kryptonian and an Earthling to have offspring together? Larry Niven paints a sad and very candid story in "Man of steel, woman of kleenex", but what, if anything, does DC Comics have to say on the subject?

The DC Universe has never officially stated their stance toward the development of human/Kryptonian hybrids. In the mainstream DC continuity, it simply never happened. The closest admission was Action Comics Annual Vol 1 #11 (2008) in which Kal-El learns from Jor-El that Human and Kryptonian DNA are not compatible. Since this universe has now been lost to the continuity reboots, the official stance is again unknown. 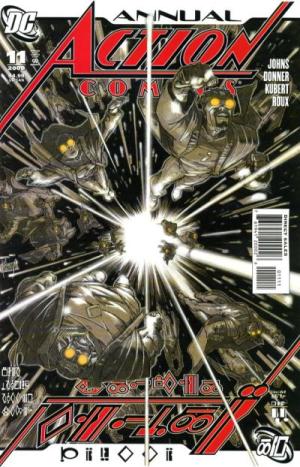 Note: Movies are not considered part of canon universes.

Kryptonian descendants was a popular theme in the alternative timelines in the 50's and 60's where the half-Kryptonian offspring of Superman and Lois Lane would carry on the legacy of the Kryptonians. Whenever it was seen, it was almost always done as an alternative universe story with no official work denoted as canonical that Humans and Kryptonians were able to breed successfully. 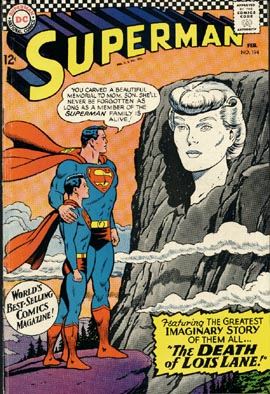 The most unusual references to the potential was the collection of stories called the Saga of the Super-Sons, written in the 1970s by Bob Haney. The stories were campy and designed to refresh the ideas of Superman and Batman. The stories and their attendant universe likely disappeared in the cleansing Crisis on Infinite Earths. 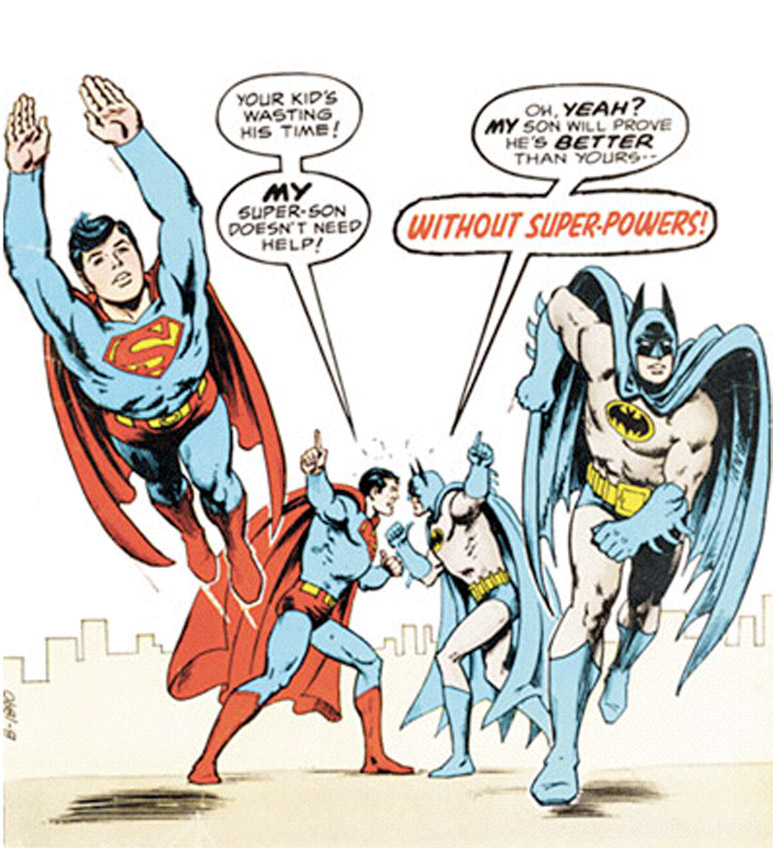 The closest I have ever seen it admitted to was the development of the DC 1 Million stories (which are implied as modern alternative histories which would have been erased with the creation of the DCnU now currently in existence) where the descendants of Superman were seen to have existed and it was at least implied some kind of legacy had been passed on using super-science if nature was not up to the task. Superman Secundus was the offspring of Kal-El and Lois Lane. His descendant in the 853 Century was Kal Kent. 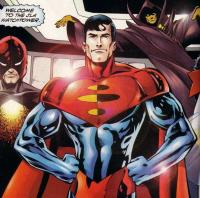 The current Superboy (Kon-El/Conner Kent) is a genetically-created hybrid and his parentage as well as the implications of his existence is unknown. Unless there is a significant cross-compatibility between Kryptonian and Human DNA, Conner is liable to be sterile.

Adventures of Superman Vol. 1 Annual #3 "Beyond the Reach of Time" has Lois dying after a super fetus kick. It takes place in an alternate future viewed by Waverider as part of the Armageddon 2001 storyline.

Presumably that means it's allowed. Although other futures mentioned in that crossover didn't happen.

Well, in the films, it is implied that Superman fathered Jason White but I suppose that is outside of the DC Comics universe.

In various DC Comics continuities including the New 52 reboot, the modern Superboy (Kon-el/Connor Kent) is a half-human/half-Kryptonian, but he is genetically engineered and not the offspring of a natural union.

I don't know if kryptonian/human hybrids are possible. But there is some logic to it because of the daxamites. It was shown that modern daxamites are descended from old kryptonian explorers that bred with native daxamites (Probably powerless beings based on modern daxamites don't have any more power than kryptonians) so it might just be possible. On the other hand though a cat and a dog can't breed so I don't know. Maybe or maybe not.

As of 2016, of course, we have Jon Kent in the DC Universe, and he is the son of Kal and Lois. Interestingly enough, technically, I believe he's the son of the post-Crisis, pre-Flashpoint Kal and Lois (who were the ones mentioned in Thaddeus Howze's answer as having been told by Jor-El that human and Kryptonian DNA were incompatible). However, as these were characters pulled from the Multiverse by Brainiac before their universes were destroyed, they may just seem like that incarnation, but be subtly different.

In the old/original continuity, Superboy runs into a descendant who has inherited his invulnerability, but not other powers. Turns out she looks exactly like the woman whom he was to have wed:

The character in question was:

and appeared in Superboy Vol. 1 #217 published June 1976 in the short story “Future Shock for Superboy” at the end of the book.

In later continuities the character was ret-conned into a

but in Superman/Batman #80 published in March 2011, was restored to a member of the Superman dynasty under the name Laurel Gand in the 31st century.

21
How have Superman comics dealt with the Man of Steel, Woman of Kleenex problem?
26
Is Batman's 'relationship' with Wonder Woman comic-book canon?
13
Why does Superman love Lois Lane?
13
How did the Kents raise a super-baby?
1
Does having the Codex inside him make Superman stronger in Man of Steel?
4
Did Superman ever regain his memories of his Legion adventures with Supergirl?
25
Looking for comic about female superhero who loses her powers
4
Who has been shown to be greater in power, Mister Mxyzptlk or Darkseid?