Is the world Sonic lives in technologically advanced?

In Sonic the Hedgehog his primary villian, Dr Robotnik is using some pretty advanced tech. do we know if this tech is common in world, or if its specific to Dr. Robotnik? 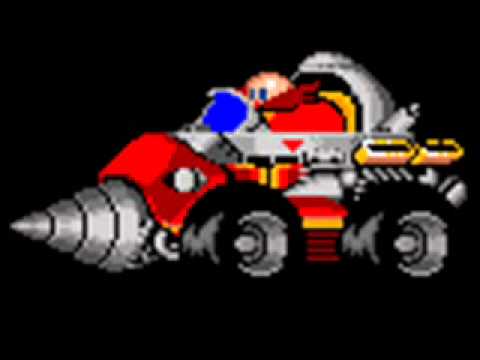 As others pointed out, it really would depend on whatever media you refer to: Sonic has multiple "canon" universes, so one should at least specify what series we would take as the main reference point.

As for the Japanese/Anime shows adaptations, we can skip them for now as they mainly follow the games they are based on (Sonic CD, Sonic Adventure 1&2 and Sonic Boom) as far as the general "world background" goes. Same can be said about the comic adaptations, which seem to follow Sonic SatAM and Sonic Underground mostly.

So, let's now just consider the games. Sadly, things get even more confused.

I know this only scratches the surface of this question, but I fear a complete analysis would be probably worth a full book, so I will cut this here. There are some curve ball here and here (Sonic Rush had submarines, Sonic Riders: Zero Gravity seems to imply that hover-board racing is normal and don't get me started on Chronicles), but the general idea I have is that the world isn't generally meant to be really advanced, with Robotnik begin the odd apple that somehow has access to more futuristic tech.

I'm going to assume that you're talking about the original 1991 Sonic The Hedgehog game and you're simply asking if, in that world, does Dr Ivo Robotnik (Dr Eggman in the Japanese version) have technology so advanced that nobody else has even conceived of it?

In short, the answer is yes.

The original game is set in the "modern day", which means in 1991 in this case. It is also set on Earth, somewhere called "South Island", which I can only imagine is somewhere in the South Pacific. Dr Robotnik decides he wants the Chaos Emeralds and knows they're somewhere on the island. In order to find it, he uses his 300 IQ intellect (Yes, you read that right, his IQ is 300, higher than any recorded human's) to slowly convert the animals on the island into robots, kind of like Cybermen in Doctor Who. These Robo-Animals then search the island for the Chaos Emeralds.

To do what he did in 1991 would be impossible for anybody other than him. It's still impossible in 2016. Building a robot is one thing, but converting a flesh and bone creature INTO a robot? That's crazy. AND he has these incredible machines that are insanely efficient, powerful yet lightweight, some of which are able to fly, which I'm pretty sure don't obey the laws of physics as we understand them.

So to answer your main question, yes, in that game his technology is certainly unique to him, but 50 years on, somewhere around 2041, I reckon we'll catch up.

Not the answer you're looking for? Browse other questions tagged sonic-the-hedgehog or ask your own question.

30
What is Sonic the Hedgehog's maximum running speed?
73
Why is Sonic so fast?
3
What's the farthest distance Sonic the Hedgehog has ever run?
6
Is Shadow faster than Sonic?
5
How does Sonic know what Wi-Fi and the Internet are?
0
Are Chao like Cheese related to Chaos (the monster or the emeralds)
3
Identify a Sonic game which featured Silver in a dystopian future