Was Captain Picard named after the Piccard twins?

Wikipedia claims that Jean-Luc Picard was named after the Piccard twins: 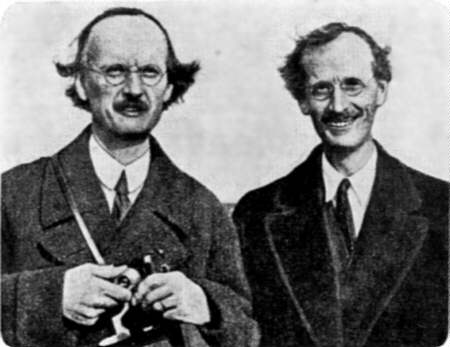 However, neither of the two references given in the Wikipedia entry for this "fact" are authoritative. (They are informal claims made by individuals with no obvious connection to Star Trek.) The same references are repeated in the entry on Auguste Piccard.

Was Captain Picard really named after one or both of the Piccard twins?

Bertrand Piccard (The grand-nephew of Jean Felix Piccard) claims this to be true.

Is this relevant to Picard travelling in space....Two people successfully made it to the bottom of Challenger Deep, the planet's deepest point at the southern end of the Mariana Trench. Back in 1960, oceanographer Don Walsh was the first to make it down to the trench successfully, reaching about 35,814 feet (10,916 m). He took the journey with Swiss oceanographer and engineer Jacques Piccard.

There was actually an astronomer named Jean Picard who, in 1680, was the first to detect the aberration of starlight which (although not explained until later by a different astronomer) was instrumental in proving that the Earth does, in fact, revolve around the Sun. While I have no grounds for saying that this is where Captain Picard's name came from as a definitive fact, I find it incredibly likely a Star Fleet captain would be named after someone so important to our understanding of astronomy and astrophysics.

Not the answer you're looking for? Browse other questions tagged star-trek star-trek-tng behind-the-scenes jean-luc-picard or ask your own question.

4
Is Captain Janeway's Locutus description correct?
23
Do Klingons refer to their battleships as "she"?
38
Do Starfleet personnel ever salute each other?
5
Were there any named, blue beverages in the original Star Trek series?
8
Was Captain Picard justified in holding Rasmussen?
11
How did the non-French pronunciation of Captain Picard's name come about?
9
Was Jean-Luc Picard inspired by Hornblower?
17
Why was Picard Captain of the Stargazer for 22 years?