A rumour I had heard a long time ago was that Dr. McCoy's small medical devices in The Original Series were actually Swedish salt shakers. 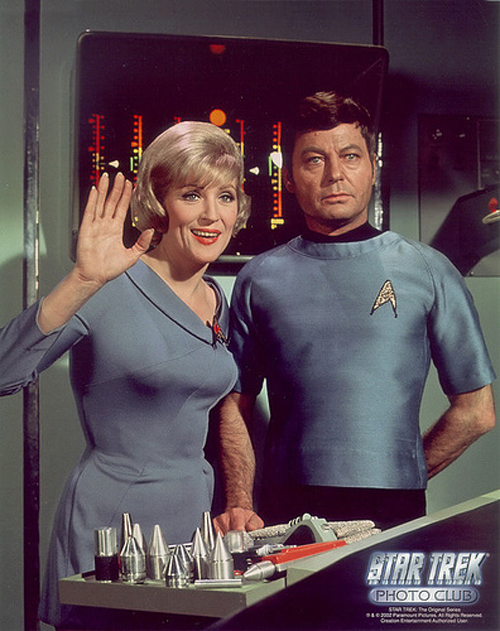 Are there any statements corroborating this?

The following excerpt from an article quotes Gene Roddenberry himself (via the authoritative book The Making of Star Trek) as saying:

[Feinberg] went out and bought a selection of very exotic-looking salt shakers. It was not until after he brought them in and showed them to me that I realized they were so beautifully shaped and futuristic that the audience would never recognize them as salt shakers. I would either have to use 20th Century salt shakers or I would have to have a character say “See, this is a salt shaker.” So I told Irving to go down to the studio commissary and bring me several of their salt shakers, and as he turned to go, I said “However, those eight devices you have there will become Dr. McCoy’s operating instruments.” For two years now, the majority of McCoy’s instruments in Sick Bay have been a selection of exotic salt shakers, and we know they work, because we’ve seen them work. Not only has he saved many a life with them but it’s helped keep our prop budget costs low...

The author of the article, having done more research, concludes that Roddenberry's recollection was "slightly off" and that exactly two of the instruments were salt shakers while the rest were constructed by the prop team to resemble those two.

Finally, William Shatner himself mentions that the salt shakers were of Swedish origin in his 2002 book Star Trek: I'm Working on That:

...or how Bones was supposed to perform medical magic by waving weird gadgets (Swedish salt shakers actually) over damaged bodies. 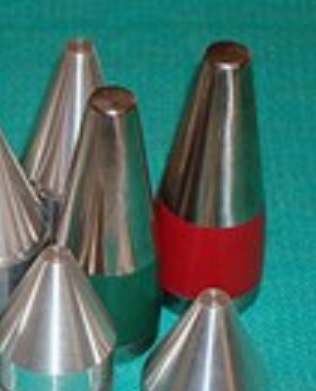 Not the answer you're looking for? Browse other questions tagged star-trek star-trek-tos behind-the-scenes props or ask your own question.

54
When Did Vulcans Change from No Emotions to Buried Emotions?
30
Were the races in the original Star Trek meant to represent different real countries?
62
Is James Doohan’s missing finger ever noticeable in Star Trek?
18
Aside from the "Vulcan Salute", have Nimoy & Shatner's Jewish heritage had any significant influence on Star Trek?
26
Was Star Trek's original Captain Kirk always fond of antiques?
9
In TOS: The Enemy Within, why didn't the Enterprise use shuttles after the transporter broke down?
11
Why did they make another prequel?
8
During Star Trek TOS - how many starships were there in all of Starfleet?
3
Were any other lengths of time given for the period between the present and The Original Series?
3
Have all the diseases that plague Homo sapiens today been conquered by the time of the original Star Trek?