Do we know the story behind this suit in the Batcave?

In Batman vs Superman, we see this suit in the Batcave:

Do we know the story behind it? As far as I know, it's never really explained in the film.

This is Robin's costume

The suit has an "R" on it, for Robin. This is probably a sign that the Joker previously killed Robin. 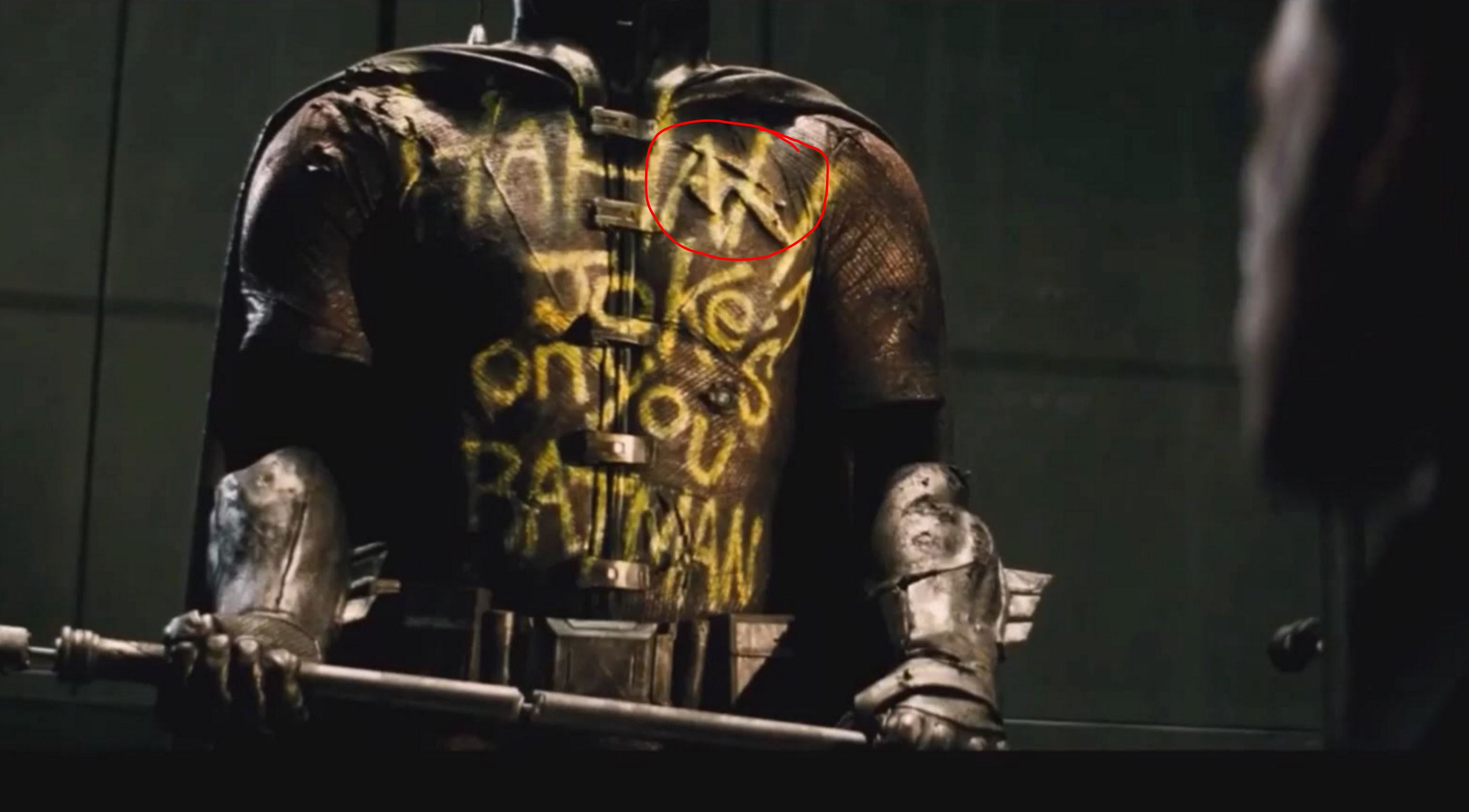 The raised area (circled) is a script "R."

For the purposes of comparison, a similar costume from the comics: 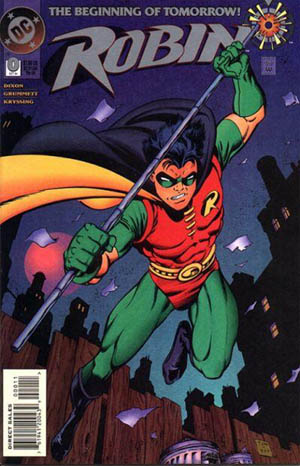 As indicated here, there has previously been a comics storyline in which Robin died at the hands of the Joker.

It's a reference to the 1988 comic "Batman: A Death in the Family" when the Joker kills Jason Todd, the second Robin, in an explosion.There have been a bunch of Robin's but leaked set photos show a gravestone that says "Richard Grayson".

The creator has also commented on this:

In my mind, it was that Robin had died 10 years earlier, during some run in with a young Joker (Jared Leto). To me, it was a fun backstory there to play with. The whole idea was that there had been loss and sacrifice. In a weird way, he sacrificed everything to be Batman, right? He doesn’t really have a life outside of the cave. I thought by including Robin — a dead Robin — it would help us understand he’s been on quite a little journey.

Affleck confirmed that it was indeed Robin's costume, but that beyond that the backstory isn't terribly well fleshed out. It was simply to show that his past troubles him.

He had a Robin at one point, and we don’t know exactly which Robin that was, but we learned he died.
He’s bitterly disappointed in the past that he’s lost this guy who fought by his side. That character’s death must have been devastating to him, and he’s suffered. We get the sense that he’s suffered a lot of devastating losses before this movie even starts.

8
Is this scene from Batman v Superman trailer from comics?