I don't remember a lot from the movie. I watched it maybe around 2004 to 2011 and all I can remember was that two people (or perhaps more) who were friends in the movie entered some cyber-world. The cyber-world is not futuristic in the sense of flying cars etc. It's just different in that when the characters go there its strange for them and they see like a whole bunch of different people and girls that are dressed erotically and there's a girl with neon pink hair that they end up meeting. I think at the end they were chasing some guy.

I have been trying to figure out what this movie is for the longest time but can't remember what it is please help. The movie is not animated, it's real life.

The following things might have been in the movie:

It's not sharkboy and lava girl.

I believe you're thinking of the 2009 Gamer starring Gerard Butler.

In this movie, people connect to other people, although it seems like a digital world. People inject themselves with nanites that allow others to completely control them, and connect to a virtual reality system that also lets them experience everything the other person's body experiences.

The pink-haired girl you're probably thinking of is Angie Tillman: 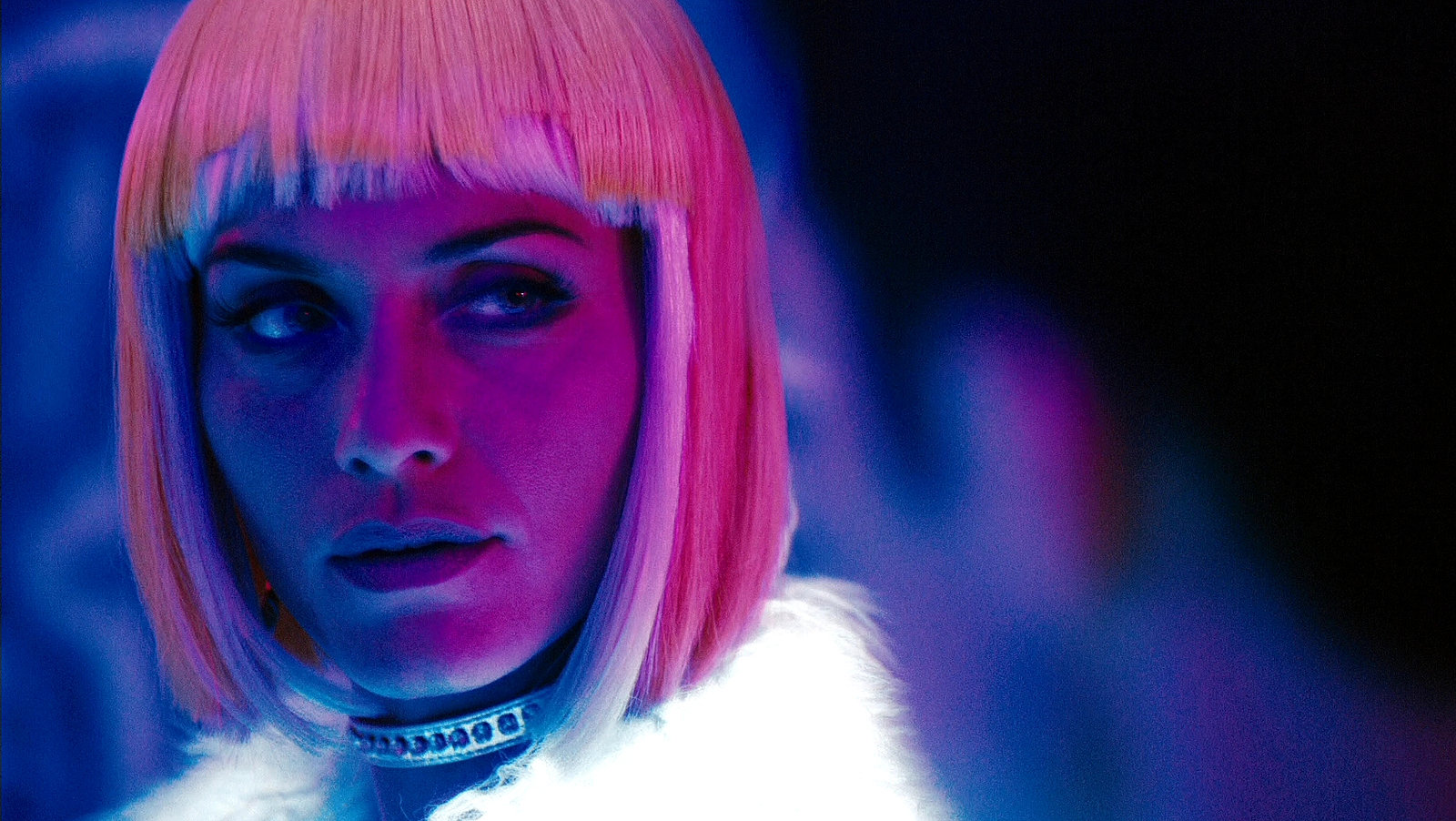 Although her hair is only pink there because of the lighting (other times it's blue), and you usually see her with orange hair: 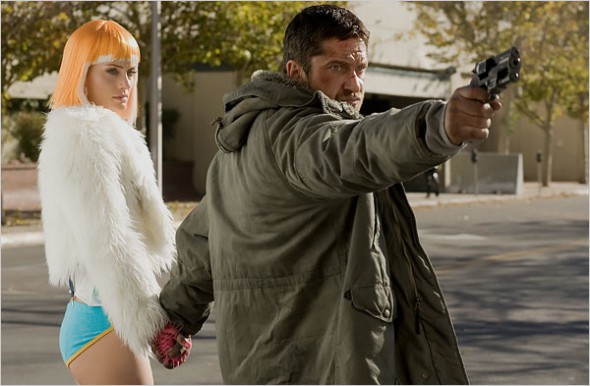 I tried to do a screen cap of a scene that shows when a user connects to this world, but unfortunately the parts that make it seem futuristic contain nudity or are just generally NSFW, so I won't be posting one. However, it happens about 17 minutes into the movie, if you get a copy. This pic of the top gamer playing with the UI in the FPS-game (that the main character is trapped in) is the best I could do, under short notice: 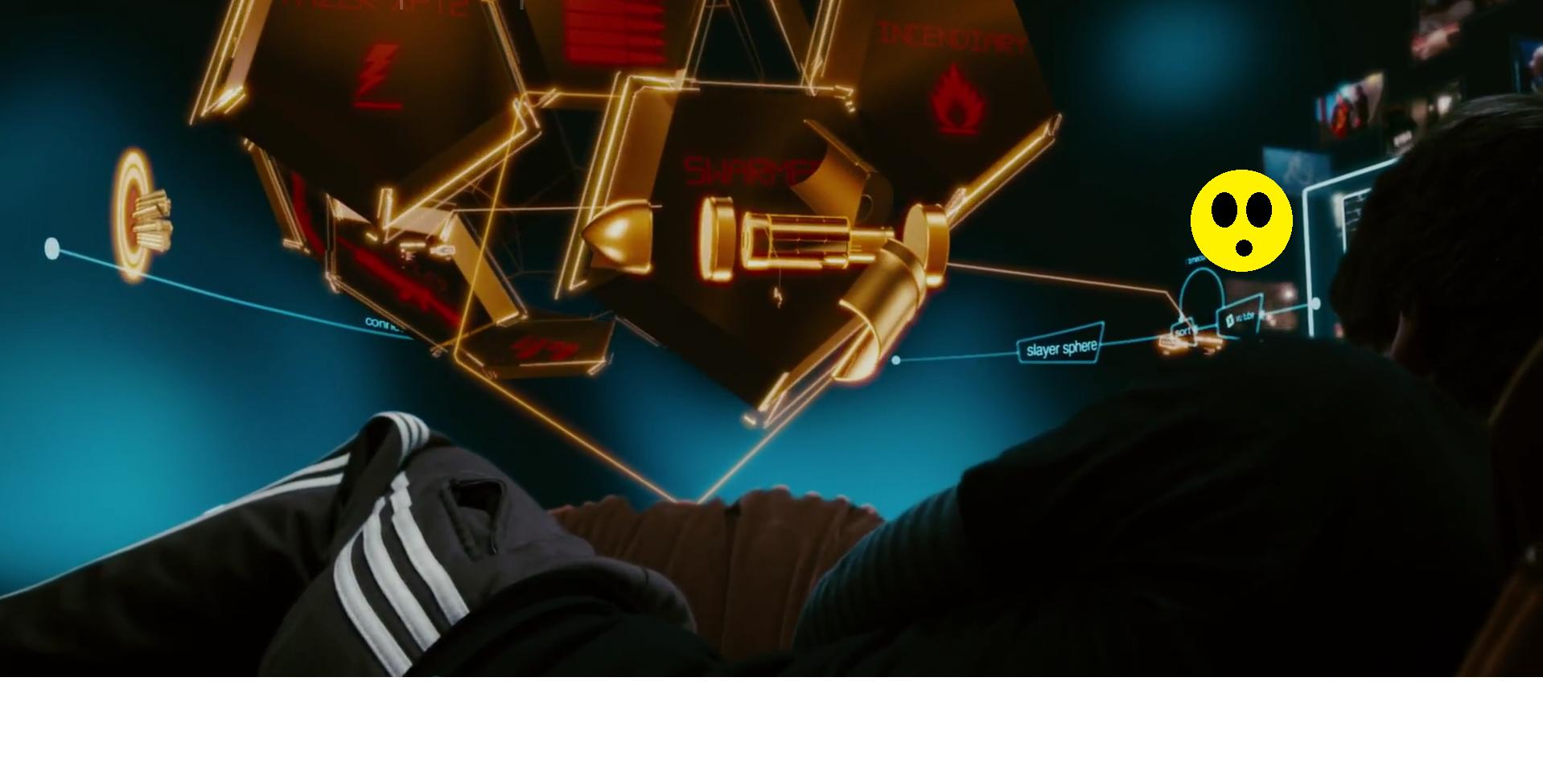 As far as your obese people go, in this case Angie Tillman is controlled in "Society" by her player, seen here: 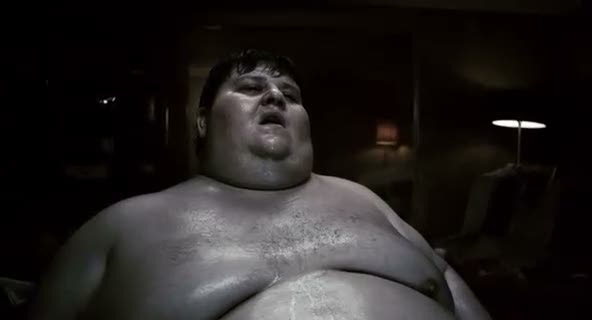 And yeah, they were chasing a bad guy, who was trying to control nanites in people against their will.

Code Lyoko (Evolution?) is the show you might be looking for.

Animated in both CGI, 2D and real actors for earth.

Story about kids were able to enter into some sort of cyber network with artificial intelligence XANA. Also pink haired girl in other world too.They are chasing a bad guy Professor Lowell Tyron. They fight futuristic monsters (where the show then goes into CGI). And when on earth the show use actors. XANA is a artificial intelligence, the kids use computers to get into the other world. Not sure about clothing?? depends on how you look at it. Xana creates plenty of futuristic tech monsters. Yup one of the guys is in love with the pink haired girl. Not sure about fat people... ?? 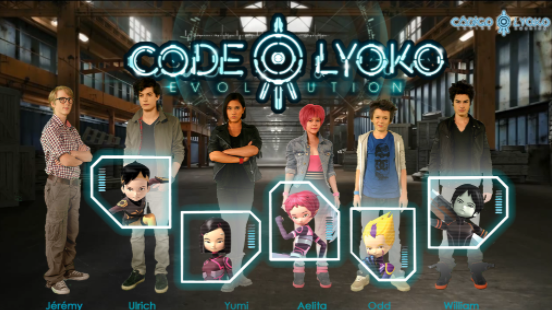 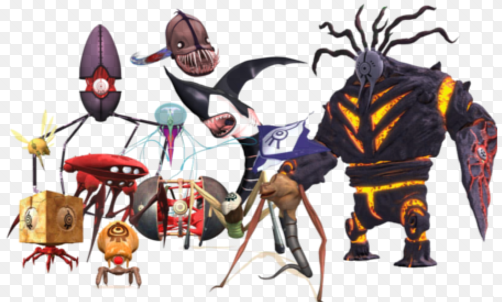 Is it Tron Legacy? All your requirements fit except the obese people thing. Also I don't remember the girl's hair color.

10
In which movie/TV show do characters use a hand-held organic-looking creature to travel into a virtual world?
11
90’s-ish Virtual Reality Movie
5
Sci-fi / dystopian book about a female VR character trapped with cannibals who are real people jacked into the game
12
Recent movie, girl wakes up and answers A.I. questions while dressing
9
Show about 5 teens who all have elemental powers and turn into different humanoid creatures
9
80's-90's movie with a brains-powered spaceship
4
Mid-90s mecha action anime with wearable sentient robot suits
2
Japanese anime/animated movie where the girl is the key to a world of destruction?