Do the White Walkers reanimate all their victims?

The White Walkers have the ability to reanimate their victims as wights under their control, as demonstrated in the events of the episode "Hardhome". Are all the victims of the Walkers resurrected in this way, or are some killed and left to remain dead? If so, (I permit speculation here) is there a chance that we may see

Evil Zombie Hodor, who died so bravely whilst holding the door?

...but it makes sense that not all are turned.

We know from Season 5 Episode 8, "Hardhome", that the wights are created manually, this time by the Night King.

Then in Season 7 Episode 6, "Beyond the Wall", this is confirmed by Jon's comment:

When you killed the white walker, almost all the dead that followed it fell. Why?
Maybe he was the one who turned them.

The main reason that they'd want to reanimate all their victims is that the wights strength comes in strength in numbers. A single wight can easily be taken care of and their attacks seem quite haphazard.

However, not all victims of an attack are going to be suitable for reanimation, some may be missing limbs, heads etc. We also don't know how the reanimation works, if it's limited by radius or line of sight it won't be feasible to go round every single corpse to reanimate it. Therefore, it is safe to assume not all victims are reanimated.

We also know that not all corpses are reanimated straight away so the White Walkers could potentially forget to go back and turn them. In Season 1 Episode 1, "Winter is Coming", the wildling camp that has been destroyed with all the wildlings killed, the corpses are still corpses when the rangers find them initially. Then later on when the corpses have moved it is because a White Walker has turned them to wights.

Another note is that someone could be injured by the wights, escape and die later on. I doubt the White Walkers would follow that person to turn them. 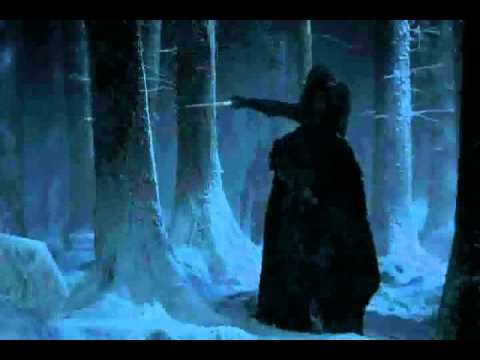 And from what we saw in the Battle of Hardhome, a wight can be "killed" when its head is destroyed. This means the White Walker in the first episode was not able to turn that ranger into a wight.

Wildlings are sure that any corpse can become a wight (even if it were killed by a man, or dead because of disease) - that's why they burn their corpses.

So, we can be sure that the character in question can be reanimated.

No, always the artists, sometimes they use bodies to make symbols.