How do you pronounce "Star Wars" in Hebrew? [closed]

This question does not appear to be about science fiction or fantasy within the scope defined in the help center.

I saw a screening of "Star Wars, Part IV" last night, and they flashed a poster for the film in Hebrew. Sadly, I cannot pronounce Hebrew without vowels. I'm dying to be able to!

Source: I am fluent in hebrew and this poster: 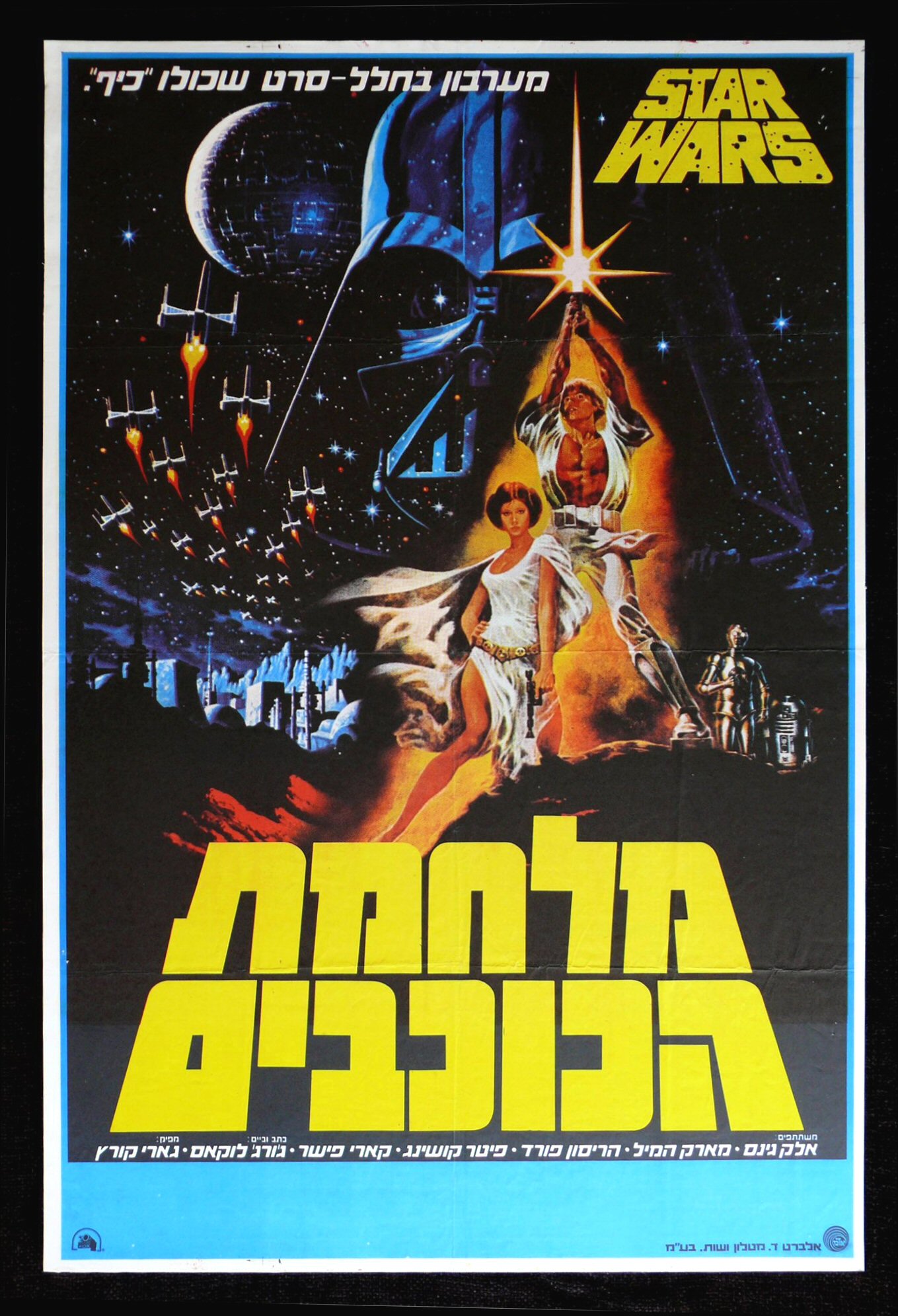 You pronounce it exactly the same. Most Israelis watch films like Star Wars in English (with Hebrew subtitles). Lots of big companies and movie titles will have an English name spelled out in Hebrew letters, so it sounds literally the same.

In Hebrew, a star is a "Kochav" (that's a transliteration, I don't have a Hebrew keyboard or word processor on this PC, so I can't write it in Hebrew). War is "Milchama". If you wanted a direct google type translation I guess it might be "Milchemet Kochavim" ("War of the stars")?

There are actually lots of words Hebrew has borrowed from English, and pop-culture references are usually at the top of the list. For example, a silly joke in Hebrew is to ask how you pronounce "banana" in English, because the word is identical.

207
Are E.T. and Star Wars in the same universe?
7
How do you pronounce the Star Wars universe curse word, "fierfek"?
10
Is There Any Definitive List of Revisions and Retcons in the Star Wars Movies?
11
How to pronounce Mos Eisley?
48
Where in the Star Wars original trilogy does this translucent green orb in a circular dish appear?
12
Was the 'Official Novelisation' of Star Wars: The Force Awakens based purely on the (written) screenplay?