What and with what was Luthor doing in the ship at the end of the movie?

After Doomsday was defeated, a spec-ops team sent to the Kryptionian ship in Metropolis found Luthor submerged in water, in front of a... thing, which "held" three metal cubes. The thing looked up, roars, and dissipates into thin air. 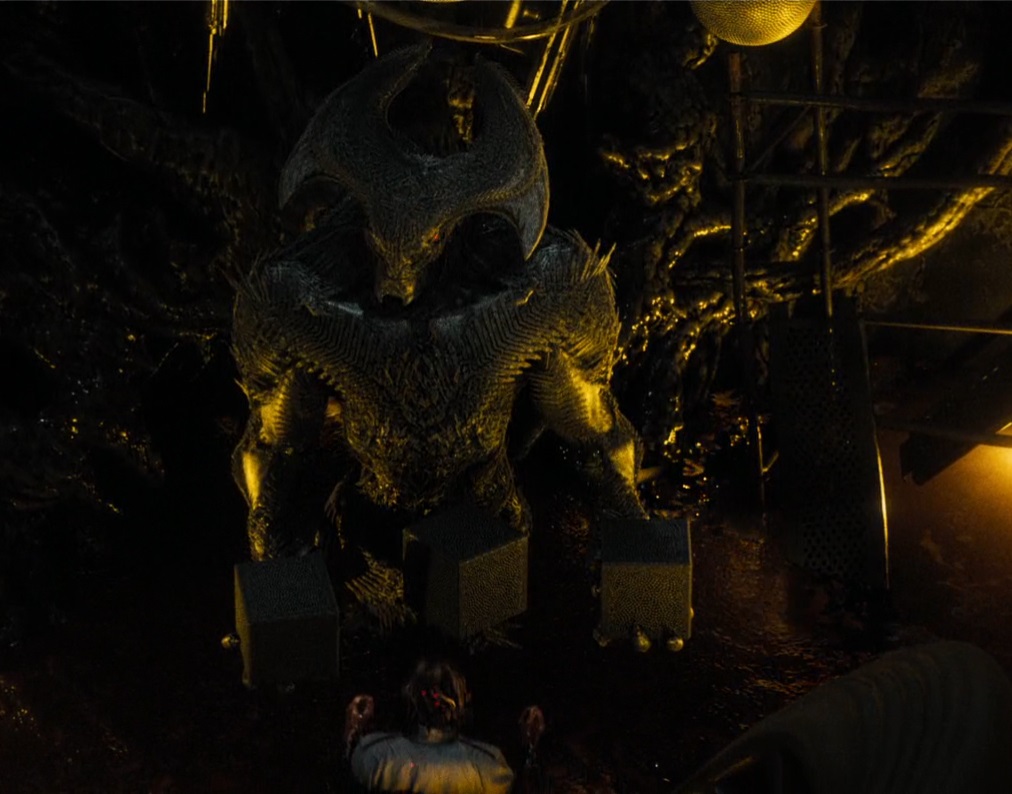 What the hell was that all about? I am really confused. What was that creature and what was Luthor doing with it?

It's likely that demonic looking creature is some servant of Darkseid, but we don't know for sure.

It could be Yuga Khan (Darkseid's father), or Steppenwolf (a genral in Darkseid's army). Both wear long horned helmets, but neither really look like the creature we see in that scene. But whatever tech is being used seems to be only displaying an approximation of whoever Lex is talking to, so they probably look very different at the other end of that communication.

Those boxes are very likely Mother boxes, like the one we see in the Cyborg scene earlier in the movie. They are crazy advanced New Gods tech used for all sort of things. But, if that creature is a servant of Darkseid, those boxes could be Father boxes, which are Darkseid's version of the Mother box.

Why Lex is attempting to communicate with the creature is a mystery. He could be promising earth to Darkseid in exchange for power of protection? We don't know yet.

Ankit Sharma's answer over on the Movie Exchange is (some might say) superior to mine :)

Who was the horned creature luthor was seen with in Batman V Superman: Ultimate Edition?

That was supposedly Steppenwolf. Those were Motherboxes probably. And it was likely Luthor being stupid, trying to get Apokaliptan technology which he and intergang try to do in multiple continuities.

Other than that, if we knew more, or even the above for sure, the next movie would already be out or it would be ruined by it already having all it's info revealed.

20
What is Lex Luthor referencing in the Batman vs Superman: Dawn of Justice trailer?
15
Why has Superman allowed humans to control the Kryptonian ship, Zod's body, and the World Engine wreckage?
12
What was the point of the unique ammunition used by the PMC in the desert?
13
Who is Lex Luthor referring to at the end of Batman vs Superman?
6
What are the differences between the theatrical and extended releases of Dawn of Justice?
11
Which book was Harley Quinn reading at the end?
5
Why didn't Batman brand Lex Luthor with the Bat symbol?