Is there anything in the Star Wars universe that either directly copies, references or pays tribute to the Star Trek universe or vice-versa?

I'm looking for obvious examples not a comparison of the two different universes e.g. Ewoks showing up in Star Trek or something similar.

Has George Lucas ever stated explicitly that he based something on another thing he saw in Star Trek?

I just came across this on the Star Wars wikia:

Star Trek: The Next Generation

Also, here’s a screen grab of R2D2 from the recent Star Trek movie: 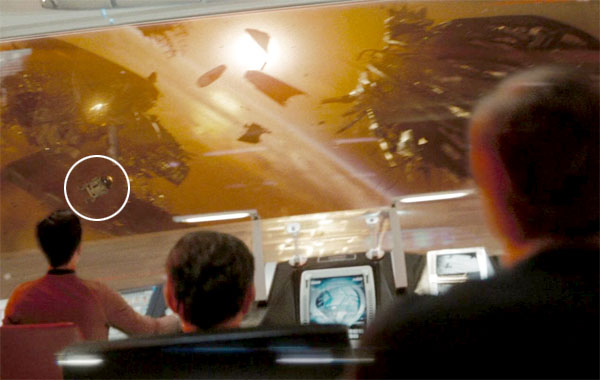 Yes. The Millennium Falcon is shown in the battle against the Borg in the beginning of the Star Trek: First Contact motion picture: 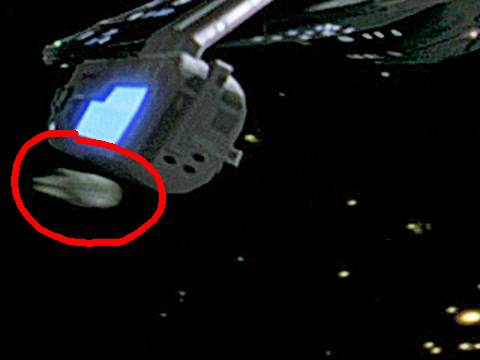 The Falcon can be seen right under the blue glowing bit (which I think resembles a nacelle).

The story behind this easter egg (and other crossovers) is documented on Ex Astris Scientia:

In "Star Trek: First Contact" one of the Federation vessels fighting against the Borg cube is actually a Millenium[sic.] Falcon, as was confirmed by ILM VFX artist John Knoll.

Check out the Droids:

And then check the original Star Trek uniforms before any SW. 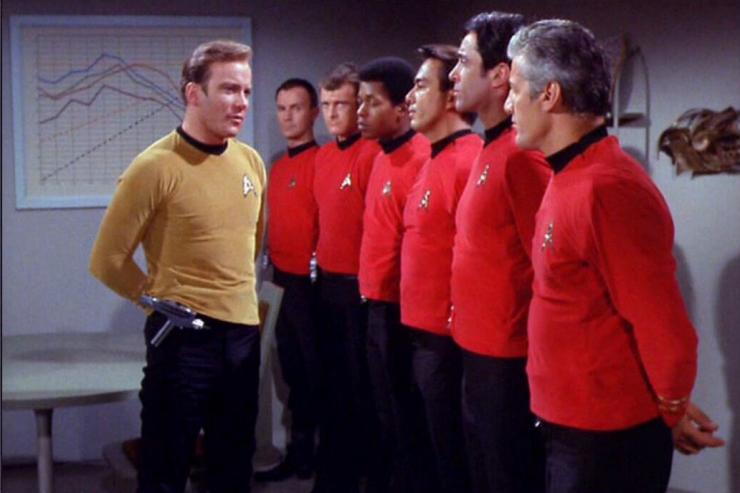 In addition to all the other references, R2-D2 was also seen in Star Trek: Into Darkness: 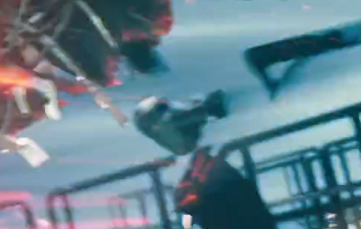 In "Star Wars Episode II: Attack of the Clones", Obi-wan Kenobi's line "Attack those Federation starships! Quickly!" certainly sounds like a Star Trek reference. The word "starship" is not often used in Star Wars (though Malcolm's comment tells us it was used in Episode I), and the phrase "Federation starships" strikes me as unlikely to be a conincidence.

Though I can't answer the question of whether "George Lucas ever stated explicitly that he based something on another thing he saw in Star Trek," I can answer your previous question statistically:

The null hypothesis that "the instances of cross-reference between Star Wars and Star Trek are coincidence or delusion" is rejected at significance level a = 0.01. One must conclude that the references were deliberate.

Why? I believe it is because the same people worked on both series of films. The missing link here is a little company George Lucas founded in 1975 called Industrial Light and Magic.

Go a head and search for the term "Star Trek" on IL&M's Wikipedia page.

What may be interesting would be to see if references to ST/SW appear in other IL&M produced films.

Apologies if y'all already knew this, have assumed the connection, and I'm just waxing poetic. I just learned this a few weeks ago and mind = blown. 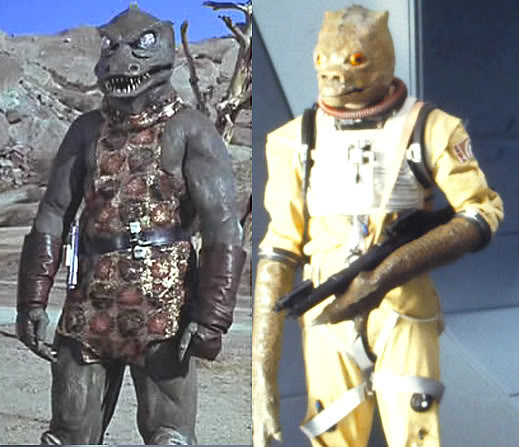 Star Wars copies the Gorn in Empire strikes back

In Deep Space Nine season 1 episode 2 Odo is looking at the entry log from the murder victim's computer. One of the entrys says "Depature from Alderaan spaceport"

In the opening theme sequence of the series Star Trek: Deep Space 9, starting in season 4, there is a ship docked at DS9 that is triangular shaped very similarly to a Star Destroyer, it even has a raised bridge like a Star Destroyer, but with engine nacelles like other Star Trek ships. It is a Bajoran Freighter. 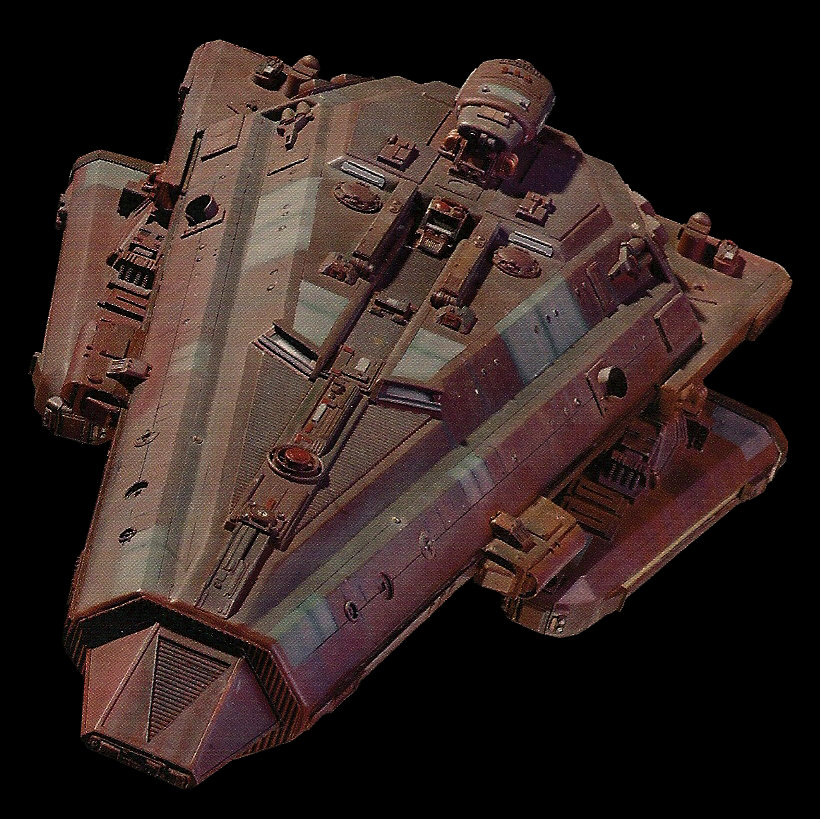 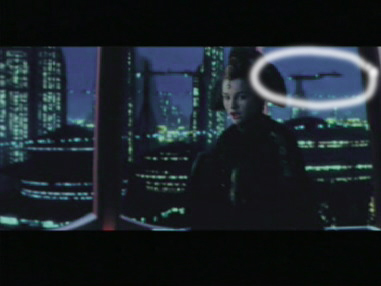 Not the answer you're looking for? Browse other questions tagged star-wars star-trek or ask your own question.

0
What are the instances of Star Wars ships/droids being inserted into Star Trek episodes and movies?
15
Is there a pair of alien species, one in Star Wars, one in Star Trek, that are too similar for coincidence?
9
Why was R2D2 in Star Trek?
3
In-universe and out-of-universe meaning behind droid names?

3
Did any of the EU material come from George Lucas?
62
Why is Lando wearing Han's clothes?
21
Which ship has the most prolific “recurring” role in Star Trek?
5
How aware were the makers of The Force Awakens of Legends/EU Canon?
20
Why are downloads destructive in the Star Trek universe?
26
If “spice” is considered an “illicit/illegal” drug in the Star Wars universe, why does the Empire mine it?
21
What's with all the Tatooine/deserts in Star Wars?
4
What elements of Star Wars were derived from Flash Gordon?