How do the star fighters in Star Wars fly with no side thrusters?

All the fighters featured in the Star Wars films lack any sort of thrust vectorizing technology, so from a technical standpoint, they probably shouldn't even be capable of getting off the ground without taxing (which they don't).

How do the ships in Star Wars maneuver without side thrusters?

Since this is largely reliant on negating the effects of forward thrust, it also goes some way to explaining why the ship handles like a dogfighting jet even though it's in space and should, theoretically, be able to freely rotate. 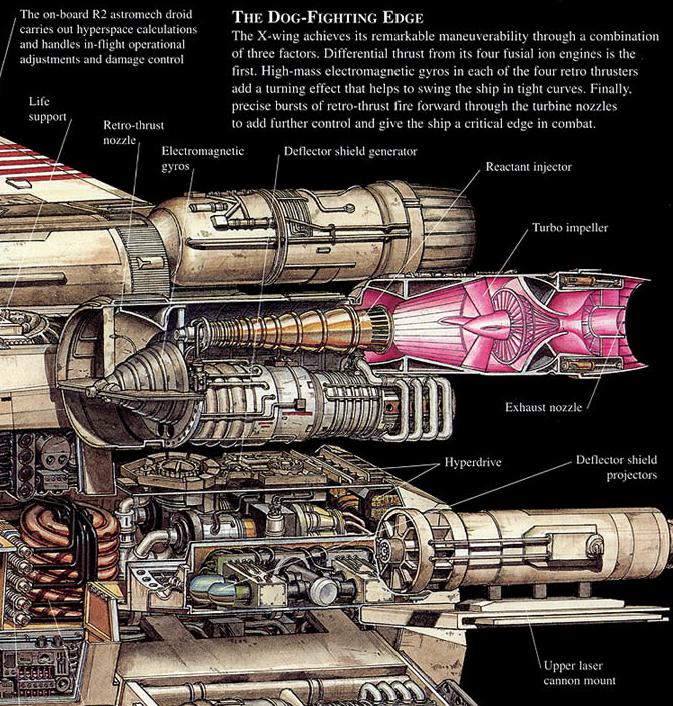 In the new trilogy (according to Star Wars: The Force Awakens Incredible Cross Sections) the T-70 X-Wing has many of the same features as well as a new refinement, wing-mounted repulsors which, presumably are intended to provide additional maneuverability within a planet's atmosphere. 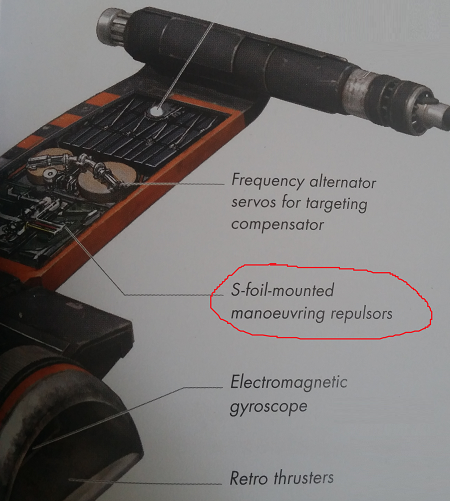 There's also a nice bit in the Star Wars: Blueprints - Rebel Edition that shows the interior workings of the engines and how they achieve variable thrust vectoring. 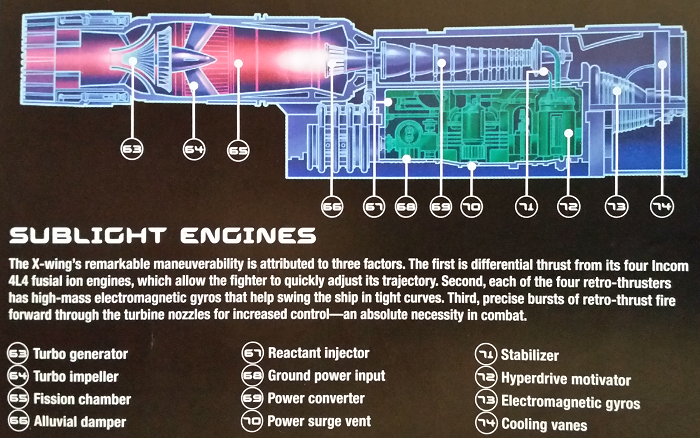 As to your (sub-)question of how the ship gets into space in the first place, the answer is that it uses its "Repulsorlift engines" for both lift and vectoring until it's clear of the landing pad and can turn on its main engines. 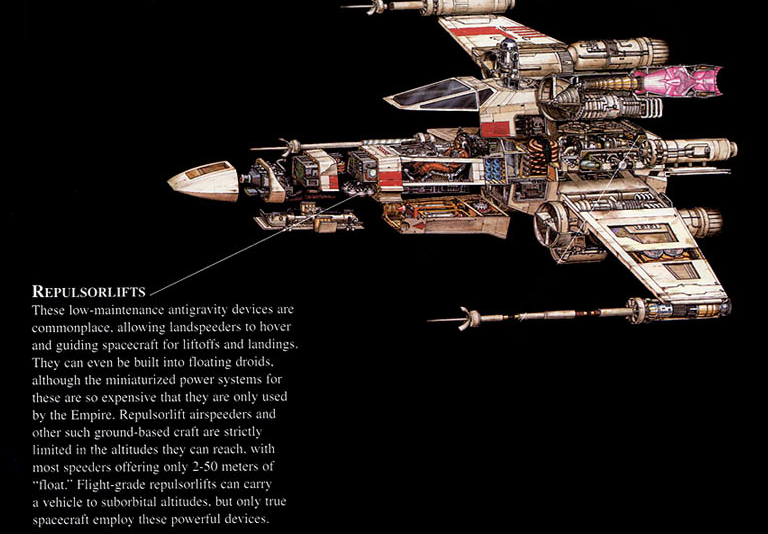 35
What allows Star Wars ships to slow down?

15
How are hyperlanes operated or controlled in Star Wars?
8
Are there any specifications of the inside of Star Wars ships available?
15
Where do TIE Fighters generate thrust?
8
Why didn't the TIE fighters attempt to shoot the Millennium Falcon on Jakku?
13
Video displays in Star Wars
35
What allows Star Wars ships to slow down?
38
Why are there so many infantry battles in Star Wars?