How did Batman develop genius-level intellect?

In the DC universe (whether it's post Infinite Crisis Multiverse or New 52) Batman is not a metahuman. However despite that, Batman has almost always been described as the world's greatest detective who has a Genius Level Intellect.

Has it ever been described by DC, in any comic, how Batman developed genius level intellect?

For example (we learn from The Dark Knight) Ra's al Gul trained Bruce Wayne in every aspect of Ninjutsu. Similarly Batman was trained by Zatara, a stage magician to give the illusion of disappearing.

So, did Batman/Bruce Wayne receive similar training from any individual/s that helped him to develop his intellect,did he acquire genius level intellect all by himself or was he just born with it?

Batman is the smartest human. The two immediately beneath him are Mister Terrific and Lex Luthor.

It is often overlooked that Bruce is naturally intelligent to begin with. He went to the top colleges where he took classes in a number of areas under various faux identities. At some point in canon, Bruce was went through CIA/NSA training, leaving after he realized it wasn't a good way to accomplish his goals. He graduated from Yale. You can see diplomas in some issues (as shown below), but I think the whole CIA/NSA thing was stricken as possibly was the graduating from a university, but I'm not sure. 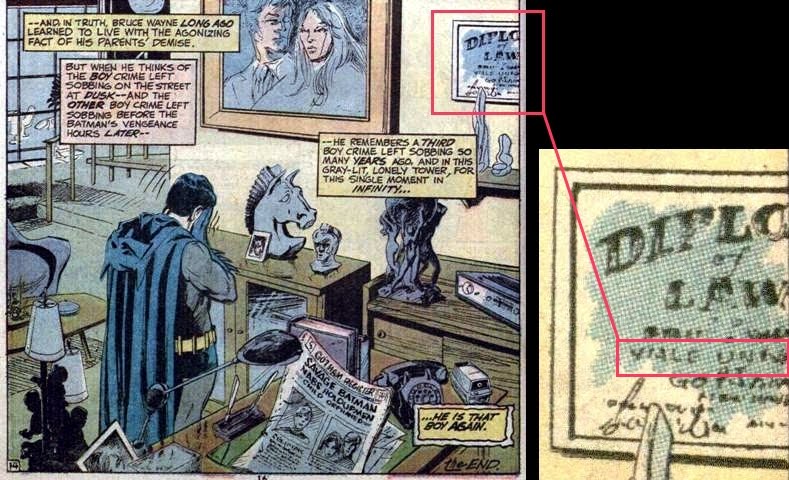 On top of that and more concretely, Bruce studied in Nanda Parbat which trained him to have an eidetic memory as well as other mental training.

In other words: He studied a lot, has an eidetic memory, and is naturally gifted. On top of all this, you have to remember he started training for this since he was ten and had the best education that money could buy.

This may be of interest: First the link to DC Wikia notes the first origin is Detective Comics #33 and "Batman has had his origin story retold differently several times over his many years of publication, with significant variations in continuity."

Synopsis for "The Batman Wars Against the Dirigible of Doom"

"Fifteen years ago, Bruce Wayne is walking home from a movie with his father Thomas Wayne and his mother. They are approached by a mugger who tries to grab his mother's necklace. Thomas Wayne shouts for the mugger to leave her alone, and menaces him. The mugger shoots Thomas Wayne dead, saying that he asked for it. Bruce's mother is horrified and calls for the police. The mugger shoots and kills her also so she'll stop screaming. The young Bruce is horrified. Several days later, he kneels next to his bed by candlelight and makes a solemn vow. He swears by the spirit of his parents to avenge their deaths, by spending the rest of his life warring on all criminals. Years pass and Bruce Wayne prepares for this career. He becomes a master scientist, and trains his body to physical perfection. ...... Just then a huge bat flies through the open window, like an answer to his question. Bruce Wayne declares that this is an omen, and he shall become a bat. Thus was born this weird figure of the dark... this avenger of evil... The Batman."

I've found these images that may help, where Bruce Wayne talks of "I have studied" 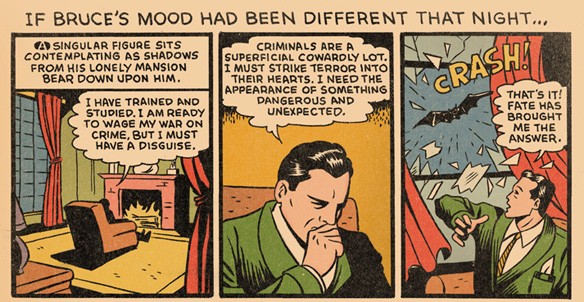 (I believe it is from the above story) 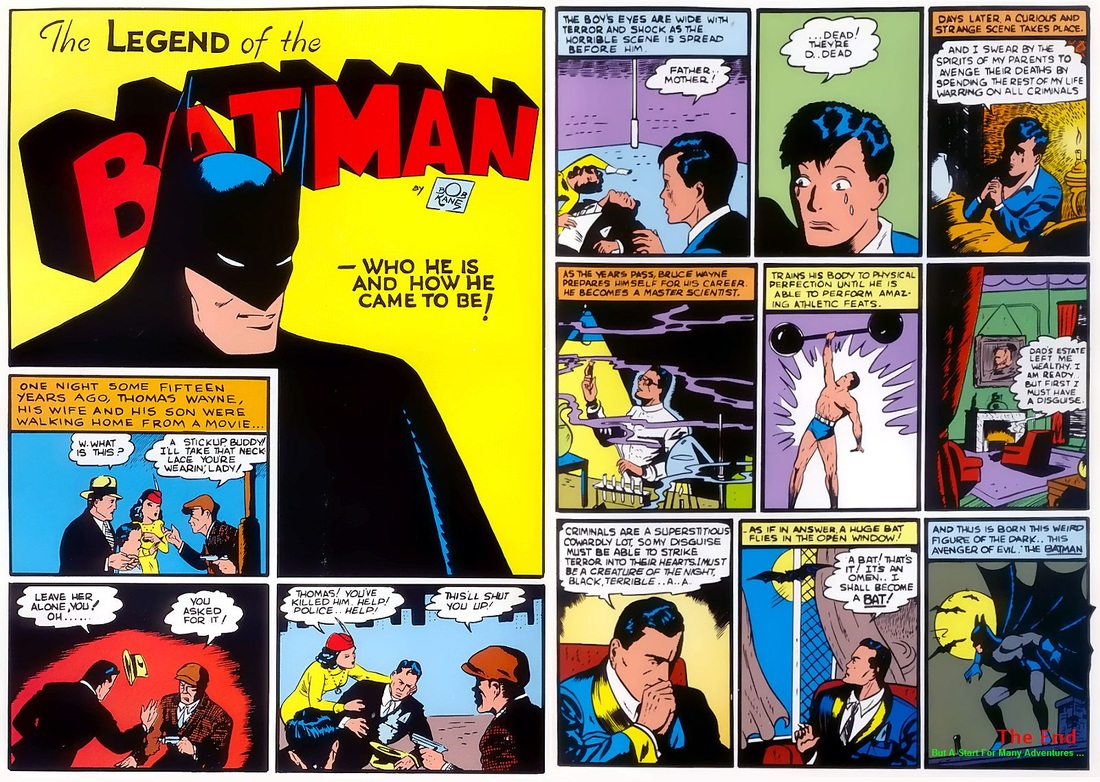 18
Brainiac has a twelfth-level intellect. What level intellect does Superman have?
20
How powerful are the other League of Shadows members?
31
How does Batman disappear?
25
When did Batman say “I am Batman” for the first time?
7
How did Bruce Wayne receive the necessary training to become Batman without being recognized?
7
Was the idea of Batman inspired by vampires?
16
Did Batman ever develop a Super Soldier Serum?
5
How did Batman know Zatanna wiped his memory?