Did Starfleet(TOS) adopt the Enterprise logo after the 5 year mission?

I heard long ago that the USS Enterprise was the only ship of 12 to return from its 5 year mission. Because Kirk pulled this off, Star Fleet adopted the logo of the Enterprise uniforms to honor the ship and crew. This is consistent with early episodes because other ships crews had different chest insignia as did flag officers aboard stations. I have never officially seen this anywhere. Has anyone else heard this or seen information to back this up?

Not sure exactly how this fits into canon, but the Star Trek: U.S.S. Enterprise Haynes Manual states that:

In 2277 Starfleet recognized Enterprise's unique contribution to history by abolishing the separate emblems that had been used on different Starfleet ships and starbases and replacing them with the Enterprise's 'arrowhead' badge.

However, as this reddit conversation points out - there are many reasons to doubt that the arrowhead was only specific to the Enterprise.

Firstly, there's no specific statement in canon to that effect. We also see the crew of the Kelvin wearing the arrowhead (obviously a production choice, but with an effect in-universe). In other episodes, such as TOS: Court-Martial there are several non-Enterprise officers wearing the badge.

A TAS episode has another ship's crew wearing the badge.

The theory becomes that this badge is actually a fleet badge (think US 7th Fleet as opposed to Starfleet - a navy can consist of multiple fleets) - shared by ships under a specific fleet command, and that this was eventually adopted by Starfleet.

There's nothing canon to suggest why they did away with Assignment Patches.

In the mid-23rd century, Starfleet continued the tradition of using unique patch emblems for different assignments, albeit placing them instead over the left breast. By 2278, this styling ceased, and Starfleet adopted the USS Enterprise's assignment patch as the standard emblem for all Starfleet personnel.

2278 is when the USS Bozeman disappeared (2285 is when Wrath of Khan occurred), which is the earliest dating of the red jackets and the standardized Enterprise logo 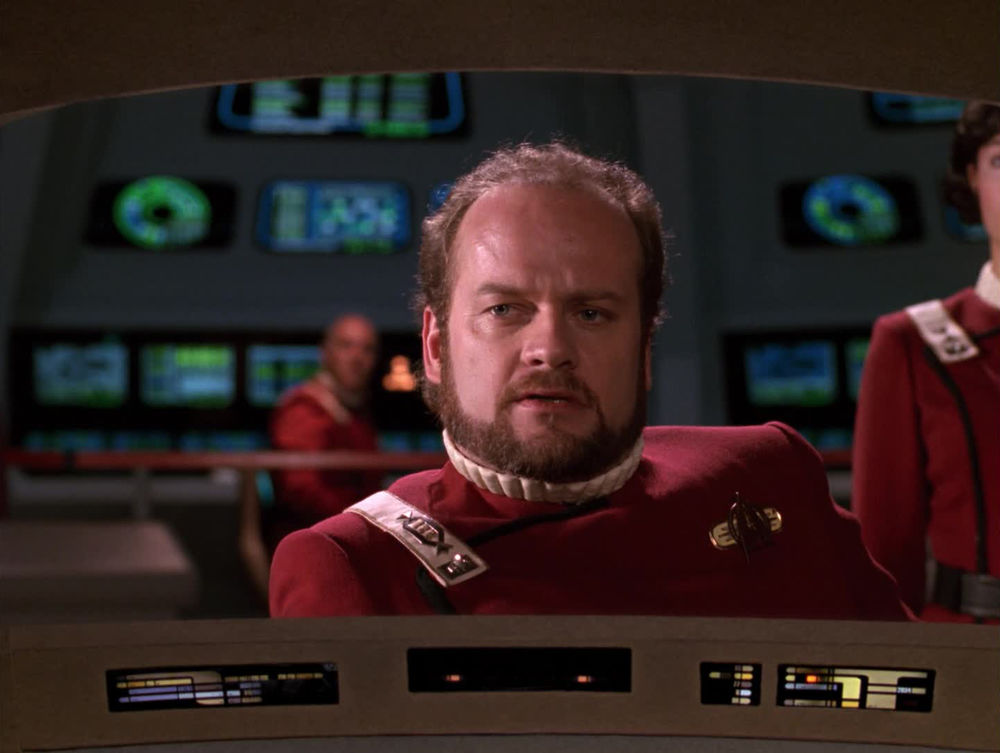 45
What does the Starfleet insignia represent?
16
Why does Commodore Decker have a different insignia on his uniform?

49
Why would any Federation starship (such as the Enterprise) have any spouses or youth onboard?
24
Why was Enterprise on a five-year mission in TOS?
30
What happened to the Enterprise crew after TOS?
29
How would Starfleet know what a Romulan looks like in Star Trek 2009?
20
In Star Trek, what are all the low-ranking Command Division officers doing?
5
Why is the Enterprise XCV 330 not on the wall in Archer's ready room?
15
How did the transporter malfunction in "Star Trek: The Motion Picture"?
6
Re-supply during the USS Enterprise's "Five year mission"?
49
Why does the Enterprise not have any physical access controls?