Does any version of Bruce Wayne give him a Jewish background?

Part of my long-running series of questioning TV Tropes.

The TV Tropes page for Ambiguously Christian says this (emphasis mine):

The Batman films from 1989-1997 take place in a Christian world, with a Jewish presence here and there (a kosher butcher shop appears in the 1989 film), but outright references to religion are few and far between. Batman Forever does have Bruce Wayne saying, in reference to his parents' deaths, "On the night of the wake, the priest's words brought no comfort" (which could simply be another example of Christianity Is Catholic), and both of the Schumacher films deal heavily in such Christian themes as guilt, forgiveness and salvation without mentioning Christianity itself. The 1989 film shows a medieval Gothic cathedral towering over Gotham City, but the inside suggests that no one has set foot inside it in years, if not decades. Batman Returns takes place entirely during the Christmas season, but the citizens celebrate Santa Clausmas - and, interestingly enough, a line from the speech at the tree-lighting ceremony, "In this season of the Savior's birth...", was ultimately cut from the film, as a somewhat clumsy edit makes clear. There is never explicit mention of either Bruce Wayne's Roman Catholicism or his Jewish background, assuming these details are canon within the films as well.

I am unaware of any version of Bruce Wayne having a Jewish background. Most versions that give him a religion seems to have him raised in a Catholic and/or Episcopalian household.

His creators were Jewish, but this does not seem to have had an effect on his character design.

Has any version of Bruce Wayne created before Batman Forever given him a Jewish background, either religiously or ethnically?

[Update: I have now corrected the TV Tropes page.]

I'll concentrate on comic book continuity in my reply, since I think I have read most (but not all) of the Batman-themed comic book stories that were published in the long period from the mid-1960s up through the late 2000s. (Plus reprints of dozens of stories published in the first 25 years or so of his career -- 1939 to 1964 -- but nowhere near all of those.)

I have never seen a comic book story which explicitly stated the religious affiliation of Bruce Wayne (if he still has any), nor of his parents before they died.

I don't remember any story which ever showed, or even hinted, that Bruce Wayne grew up with the habit of attending any particular church on a regular basis. Although I have seen him attend weddings or funerals that were being held inside a church, but that doesn't prove he was a regular attendee at that particular type of church. It just proves he felt obligated to attend certain special events which involved friends of his.

I have never read, nor even heard of, any published comic book story which suggested Bruce had Jewish roots on either side of his family. (I've participated in a great many discussions on Batman-themed web-based forums, over the last decade or so, and if any story had ever "proven" or "strongly hinted" that he was Jewish -- or part of any other established religious tradition -- then I feel virtually certain that I would have heard about it by now, even if I didn't have the actual story in my personal collection!)

In other words, I've always figured that the comic book editors, movie producers, etc., have preferred (or been ordered by higher authority) to keep the religious background of the Wayne Family as vague as possible, so that you won't have one real-life denomination (such as the Episcopalians) regarding Batman as "one of our boys," and other real-life denominations (such as the Baptists or the Lutherans) feeling alienated by the discovery that "he ain't one of our boys!"

Note: I think similar considerations apply to Clark Kent/Superman. Nobody feels there's anything to gain by having him "play favorites," so we've never been told what sort of religious upbringing Ma and Pa Kent gave him. 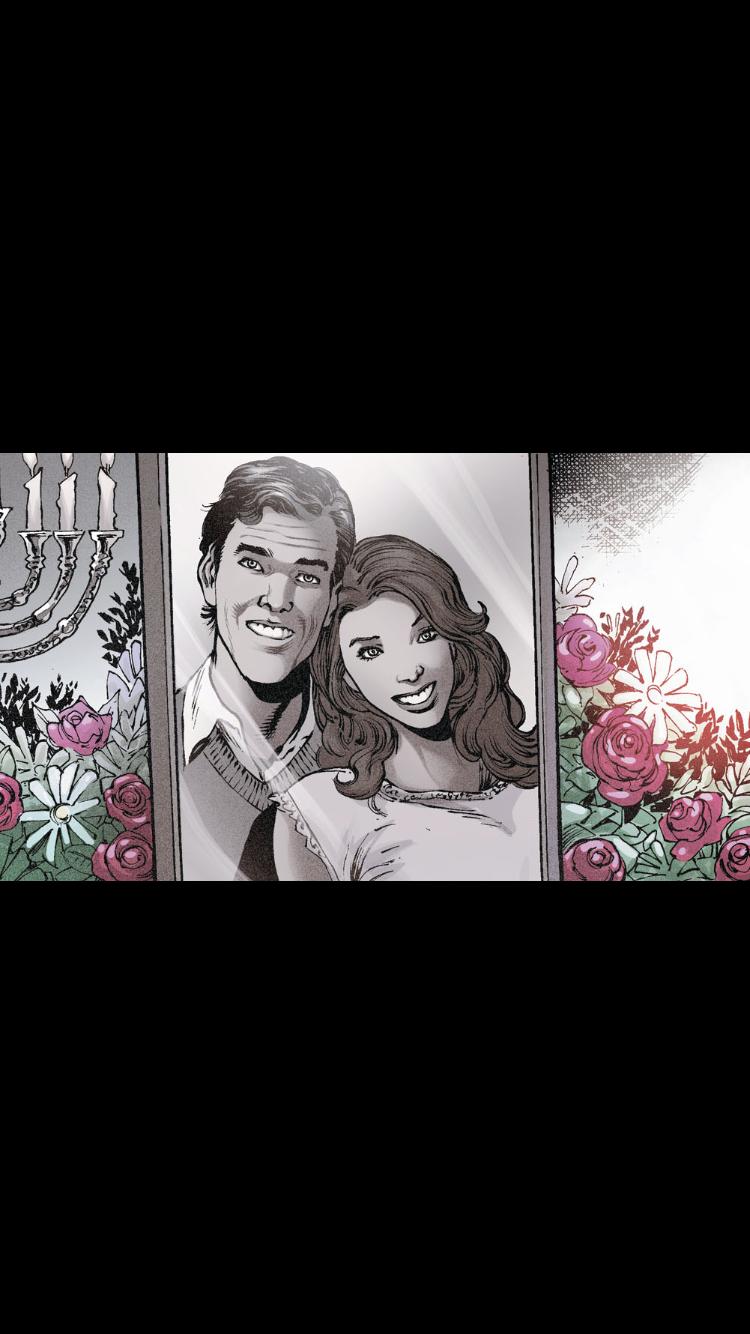 Take a look at this screenshot from Thomas and Martha’s funeral. This was from the 2016 comic arc “Rise of the Batman”, in Detective Comics # 939.

This seems like pretty solid proof that his parents, at least his mother, was Jewish. It’s established that his mother was Jacob Kane’s sister, and the Kanes are clearly established as being Jewish.

The best answer is here.

His stated view on the supernatural is "There is no such thing as magic, just technology/physics we don't yet understand".

One can take that for atheism, but it is never stated as such and depending on how he defines "gods" or "religious views" because he's in the position of knowing of a bigger cosmology, being considered a god himself at some point, and his "best friend" is the technical "creator" of the current universe, Superman, who has interacted with "god" while he, Batman, has interacted with many afterlife things. Considering that "god" in the DCU is some form of the Abrahamic god, he is a Christian, but nothing that matches a real world religion or any combination of them.

I also have to warn about that site, I know that Tim Drake, Robin III, is an atheist, but he is listed as Jewish. He is one of the few characters in comics I know of that have a specifically stated religious view. The info is still good as a reference to his background, but not his personal beliefs.

Edit: To give the answer to the actual question about Jewish background rather than just his personal religious background.

All indications point towards them being Christians, what few there are, so I'd have to say he has no Jewish background.

There is a very small possibility that Bruce could be Jewish in terms of heredity, because Kate Kane is Jewish, however Judaism being passed maternally, not paternally and the relation between Kate and Bruce is very hard to figure out this can mean nothing to whether Bruce has a Jewish background.

The Waynes and all other Kanes I know of seem to have no links to Judaism. The best places to look for what the Kane/Wayne family is like the best sources are various stories in "Batman: Legends of the Dark Knight" and "Bruce Wayne: The Road Home". None of the characters shown have any indication that I remember of being Jewish.

The Batman of 2050 in the Hex timeline was the son of a female rabbi.

Not the answer you're looking for? Browse other questions tagged dc batman religion or ask your own question.

34
Did Captain America actually illustrate his own comics at some point?
21
Is it true that Suzanne Collins was forced to add a love triangle to the Hunger Games?
5
Is Civilization V run by aliens?